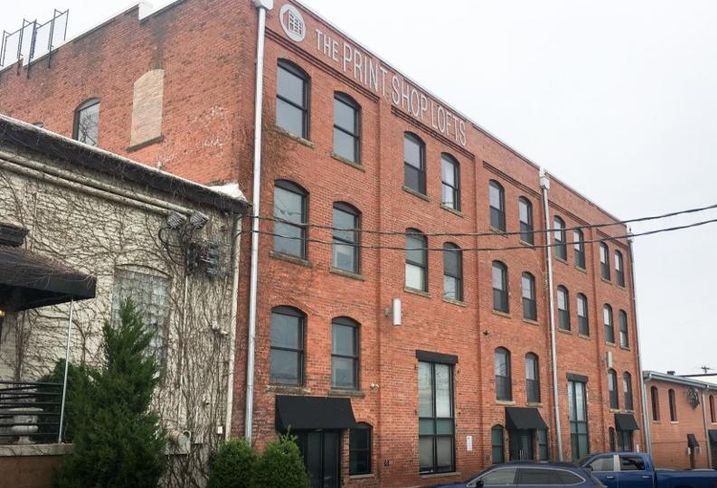 Sharrow Massaro Malik, a multifamily brokerage affiliated with Marcus & Millichap based in Philadelphia, has put five properties on the market, three of which are in Pittsburgh. SMM senior associate Philip Sharrow told Bisnow that Pennsylvania's other major city is drawing serious interest from Philadelphia and New York-based investors, endlessly chasing favorable yields as Philly feels the squeeze.

“There’s a very strong demand from Philly and New York capital investors to break into the Pittsburgh market, and the current market is inefficient," Sharrow said. "So we’ve been trying to cultivate opportunities.”

Two of those opportunities lie within feet of each other on the Steel City's bustling South Side: 3030 Water St. and Print Shop Lofts at 3010 Jane St. The former is a 56-unit development built in 2016 with an asking price of $10.75M, and the latter is a former light industrial building redeveloped into 40 apartments in 2012, asking $9.75M. Most investors, looking to buy at scale, will likely want both at once, Sharrow said.

Also on offer is the 180-unit Newberry & Pine Tree Village apartments in Grove City, a suburb 60 miles north of Pittsburgh. At an asking price of $8.75M, the Class-C complex is ripe for value-add redevelopment. It was last traded in 2012.

Closer to the home office, SMM is also marketing the Marchwood Apartments, an 82-unit, Class-C development in Germantown, to add to the shallow pool of value-add opportunities in Philly. The asking price has been set at $11.5M by owners who purchased the building in 2006.

While value-add is an incredibly tight market in the Philly area and the new-construction pipeline cools off in the city proper, SMM is marketing a development site in Phoenixville, adjacent to the booming community of King of Prussia. The site was assembled from multiple properties into two lots bordering Bridge Street, and will be permitted for a 925-unit multifamily development with 40K SF of retail by the time of closing.

The seller declined to publicize an asking price, and declined to be identified, as did the owners of the other four properties up for sale.