With Sales Markets In The Tank, NYC Apartment Development Poised To Surge

New York's multifamily investors are lamenting the upcoming rent regulation that has frozen sales this year, and the city's condo developers are equally frustrated with the sluggish condo market. Money isn't changing hands very often on any level in the residential sector. 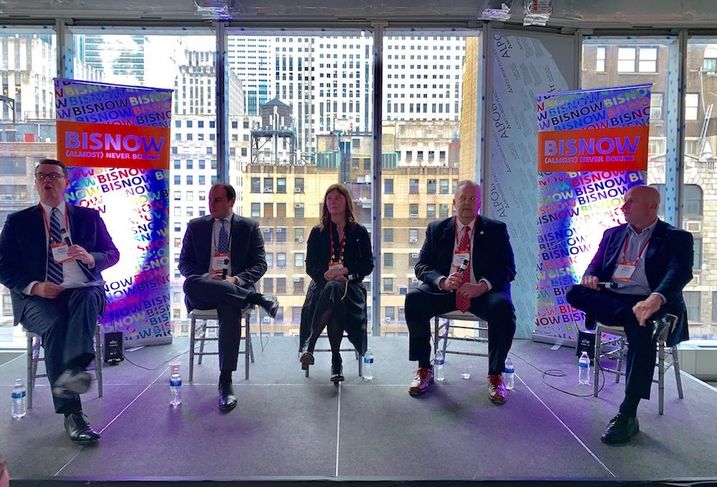 While that causes angst and frustration among developers, brokers and investors, it could also have a ripple effect that turns into a positive for pockets of the housing market: more development of cheaper housing.

The state legislature is more than a month away from finalizing a package of rent reforms, and until then — and probably after — the market is waiting to see how it could affect investments. For decades, the bread-and-butter of New York's real estate investment market has been acquiring buildings with some level of rent regulation, turning over tenants and making a profit on the elevated rent. In some form or another, that is expected to change.

"As a developer, you want less unknowns when you're buying or financing or doing something," Hornig Capital Partners Managing Partner Daren Hornig said at Bisnow's Hottest Investment Opportunities event this week. "If someone’s not buying out that apartment to rent it to two 25-year-olds who spend $5K a month for a two-bedroom, where are those two 25-year-olds going? They’re going to go somewhere. It’s going to be a theoretical balloon. You squeeze the air, the air has to go somewhere, so where is that volume going to go?"

The answer appears to be new product. With the Affordable New York regulation fully taking hold, more developers are making moves to take advantage, especially building in more affordable areas at lower prices than where most of the development has taken place over the last decade.

Richard Carr, a vice president of mortgage origination for the nonprofit Community Preservation Corp., took note of the dip in acquisition loans in the last few months — essentially since a wave of Democrats won control of the state legislature and promised more regulations and taxes aimed at the real estate industry.

"We have seen an increase in outer borough ground-up construction," Carr said. "We are seeing a great deal of affordable being built in the city."

That increase is part of a ripple effect from the possible rent regulations. It is unclear how far they will spread, but even before these laws are passed, New York real estate players aren't waiting to change strategy.

"We’ve seen a shift completely in our book of business to the fair-market housing product," Hodges Ward Elliott Managing Partner Daniel Parker said. "Any multifamily building with a free-market status, there’s a voracious appetite in the market for it, and it’s all driven off of these changes." 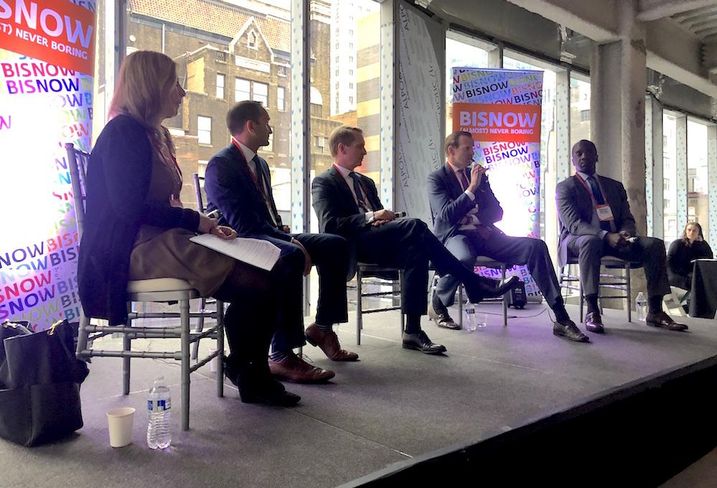 With the investment sales market tamped down, the debt markets are looking for places to deploy their capital, which could help fuel more development. While many potential sellers could opt for refinancing their buildings, construction loans — though higher-risk than acquisition loans — are better than nothing.

"Lenders are very aggressive on refinances, construction, anything they can do to put money out the door," Meridian Capital Group Senior Managing Director Morris Betesh said. "You just can’t forget that they earn interest when they lend you money, so they want to put it out."

Those same lenders are part of the reason those who have developed residential buildings the last few years — the vast majority of which are luxury or "affordable luxury" condominiums — are having such a tough time selling their units.

Both pricing and volume dropped last year, and that has persisted so far in 2019. The panelists mused about whether the market has bottomed out, but there was not much optimism for a quick turnaround — which, for the naturally optimistic real estate class, is a rarity.

"I wake up optimistic, so although it’s been challenging recently, I do feel that in the last 12 months we’ve been tortured enough and prices have come where they need to be," Compass residential broker Vickey Barron said. "I believe the market will be not much stronger than it is now, but I don’t anticipate it being weaker."

The softness in selling condos took another lump last month after Tax Day, Hornig said. The Tax Cuts and Jobs Act of 2017 took effect last year, and the cut to the mortgage tax deduction was borne out in this year's returns. Refunds were smaller than many expected, which has further depressed buying activity.

"We’ve seen a significant slowdown in the condo market of people really looking out there; they thought they had the liquidity partially because of the mortgage tax and all the other deductions that didn’t show up on their returns," he said. "I’ve heard more in the last three weeks of investors and buyers ... looking out of state to the Sun Belt, to Florida, to Texas." 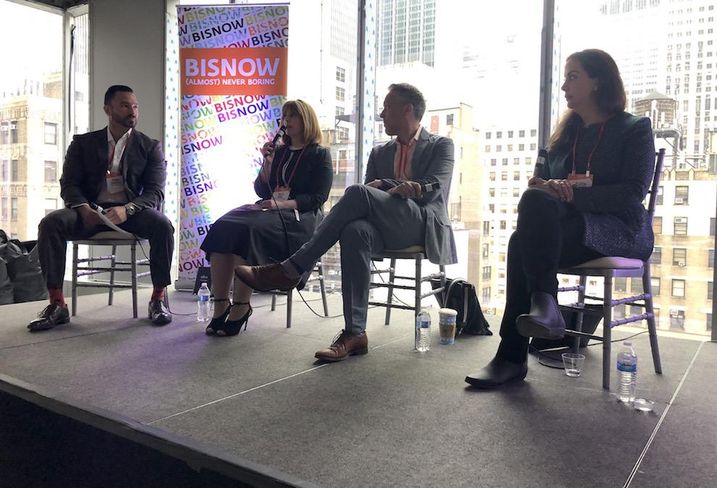 Even though prices are dropping marketwide, they have not yet reached the point where buyers have started taking advantage of opportunities. Betesh pointed out that prices could be decreasing more, but developers of the tens of thousands of condo units on the market can only lower asking prices so much — they are legally required by lending agreements to get a certain price on their units.

"There’s definitely a tension between developers, investors and lenders about what to do with these condos that are sitting on the market," Betesh said. "For developers, there’s tremendous liquidity in the market from the debt capital markets to delay that through inventory loans or other means. So their hands haven’t been forced yet to drop pricing."

Instead, developers are increasingly offering buyers other incentives. Hornig cited Tishman Speyer and Extell Development — which has offered to pay 10 years of common charges on one of its Lower Manhattan projects, he said — as some of the city's biggest developers being the most aggressive with these tactics.

"It's the developers negotiating against other developers," he said. "Per-square-foot [price], that doesn't matter. It's these other incentives that are driving the market."

Similar to the rent regulations looming, New York City passed a mansion tax in this year's budget, and mulled a fiercely debated pied-à-terre tax, both of which put more pressure on the condo market by adding thousands in additional costs to buyers of high-priced real estate and fear of more down the road.

"[The real estate industry] fought heavily for [the pied-à-terre tax] not to get passed, but I don’t think it’s dead, I think it’s sitting on the sideline. And now we have this new mansion tax and these other taxes," Barron said. "All that equals is more negotiation for buyers."

With so many condos still on the market and developers desperate to sell, the only question is when the buyers will start biting more often.

"It's a buyer's market for sure," Barron said. "If I win the lottery, I’d be out shopping, I would not be here right now. I’d be buying a lot more stuff."