Add one longtime Silicon Valley builder to the list of developers wanting in on Oakland's growth. 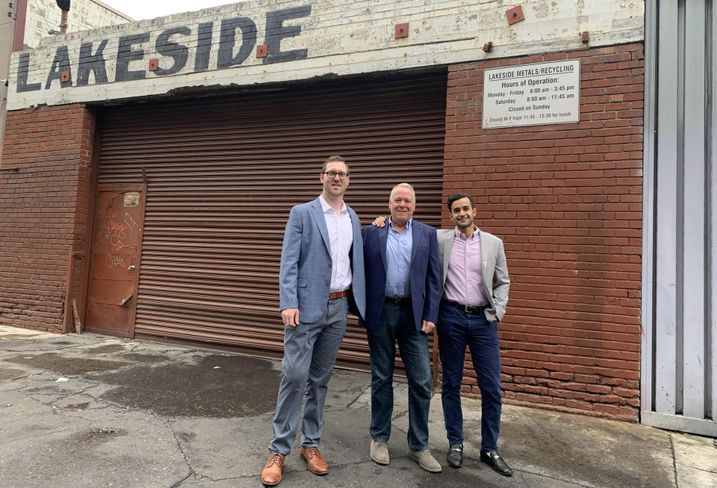 Swenson Builders, a prolific South Bay design, development and construction company, expects to break ground in March on a 157-unit residential project near Jack London Square, it said on Tuesday.

In Oakland, Swenson joins a number of other developers keen on addressing the city's undersupply of housing. While seeing almost 7,000 units come online last year (about 2,000 more than San Francisco), Oakland still saw average rents jump about 9% year-over-year to $2,822 in Q3 2019, according to Kidder Mathews.

One such developer, Carmel Partners, is already underway on Fourth Street East, a seven-story, 330-unit mixed-use project rising across the street from Swenson's site.

Both Carmel Partners and Swenson hope to reap the benefits of Oakland's residential demand and their respective projects' proximity to the city's Jack London Square waterfront area.

"Oakland is one of the most dynamic housing environments in the Bay Area," Ryan told Bisnow. "There are a number of other units coming up right now, and over the last few years it has become one of the more desirable places for tenants to rent."

Moreover, hope for (as well as opposition to) the Oakland Athletics' ballpark and development plans for Jack London Square still abound, as do ongoing efforts to vitalize the waterfront area's restaurant and retail scene. A new 35K SF food hall, for example, will open this year at 44 Webster St.

"We were really drawn to the site, and realized how the neighborhood would change over the course of time," Ryan said.

Swenson's seven-story building coming to 412 Madison St. includes 32 studios, 89 one-bedrooms and 36 two-bedrooms, with rents to average $2,578, $2,816 and $3,926, respectively, the company projects. It will also offer amenities like a pet wash, bike storage and game room.

The site, located three blocks away from the Lake Merritt BART Station, currently holds a defunct recycling plant. Swenson has applied for a demolition permit and will do an environmental cleanup before beginning vertical construction. It expects a total development cost of around $80M, according to Ryan.

Swenson originally planned on partnering with Essex Property Trust on the project before the latter dropped out. Swenson, which says it is the lone developer now, declined to comment on Essex's involvement. Essex did not immediately respond to a request for comment.

For Swenson, the property's opportunity zone location also has appeal and strengthens its plan for a decade-plus hold, but so does Oakland itself, Ryan said. As the Silicon Valley-based developer prepares to break ground near Jack London Square, it is in talks with other property owners about potential joint ventures for two or three additional Oakland projects, Ryan said.

"Long term, Oakland has so many things going for it, that I think demand is going to be high over the course of the next 20 to 30 years," he said.