With A's Ballpark Up In The Air, Financing Options For Howard Terminal Remain Complex

The Oakland A's began plans for a new Howard Terminal ballpark in a much different economy, but financing for the waterfront site is as complex as it ever was. 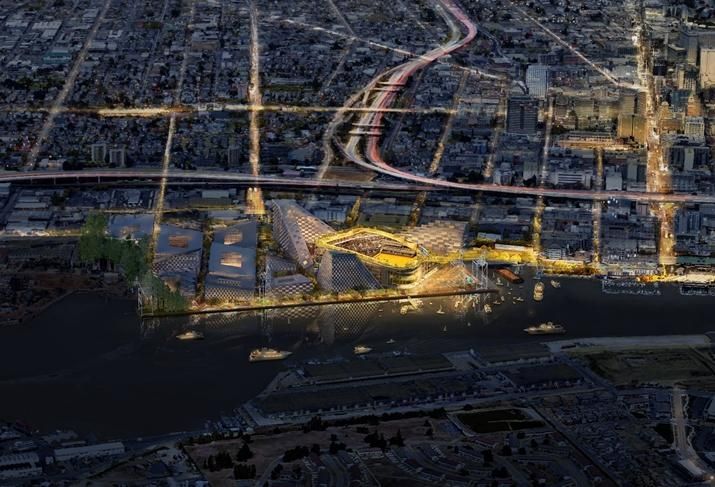 Exactly where the A's go for their financing, how it is structured and how much financing the organization needs to build a new ballpark after shedding its Coliseum home is still unclear. The Giants ballpark project across the Bay in San Francisco cost $357M to build in 2000, which comes out to about $530M now.

"The big issue is whether the A's are still committed to Howard Terminal or whether they're seeing the Coliseum as a better bet for development," Pacific Merchant Shipping Association Vice President Mike Jacob said. "Certainly, with respect to their timeline, the Coliseum is an easier place to do their development."

The organization likely has a ways to go before going to the capital markets in earnest, given the hurdles remaining before any groundbreaking date can be set, and there will likely be an unavailability of public funds to pay for necessary infrastructure.

A spokesperson for the A's did not respond to requests for comment on the organization's financing plans.

Oakland itself now faces a $96M deficit because of the coronavirus pandemic, making hundreds of millions of dollars in public infrastructure financing less likely and the project perhaps much less feasible, Jacob said. He and others say they wonder whether the A's will end up pivoting to a less challenging alternative.

"The lens that these projects traditionally get viewed through is very long term," Cushman & Wakefield Director Enoch Lawrence, who leads capital markets for the company's sports and entertainment division, told Bisnow. "The capital, if structured correctly, is already oriented toward a long term that's going to take several years for a project to get out of the ground and start self-generating cash flow."

The A's said late last month the project timeline, which included a 2023 opening, has been impacted by the public health crisis. During the pandemic, the organization has made little headway and is in virtually the same position as it was in February.

There are still a number of outstanding hurdles. The club must wait for an already delayed but crucial draft environmental impact report that is on pause during the pandemic. It also must overcome litigation, filed by a group of industrial opponents that includes PMSA, that could subject the project to months or years of litigation.

The A's must also obtain separate approvals from the San Francisco Bay Conservation & Development Commission, the California State Lands Commission and the state's Department of Toxic Substances Control, Jacob said. The site still needs approval for both the project and a community benefits agreement from Oakland's City Council.

Even so, the patient capital that traditionally finances such projects is just that: patient. The Giants, for instance, took out a loan for its waterfront ballpark with Chase Manhattan Bank in 1997, a full three years before it opened.

Plus, traditional stadium lenders like regional banks have gained company in recent years in the form of nonbank lenders, often debt funds funded by private equity firms, according to Lawrence. Such entities can manage construction loans on their balance sheets, typically on a nonrecourse basis, and with competitive rates with banks.

"[Banks] are now competing for that construction lending business," Lawrence said. "During periods like what we're going through, where a bank balance sheet may be stressed through other sectors of the economy that they have exposure to, [debt] may be better placed with a balance sheet lender such as a debt fund." 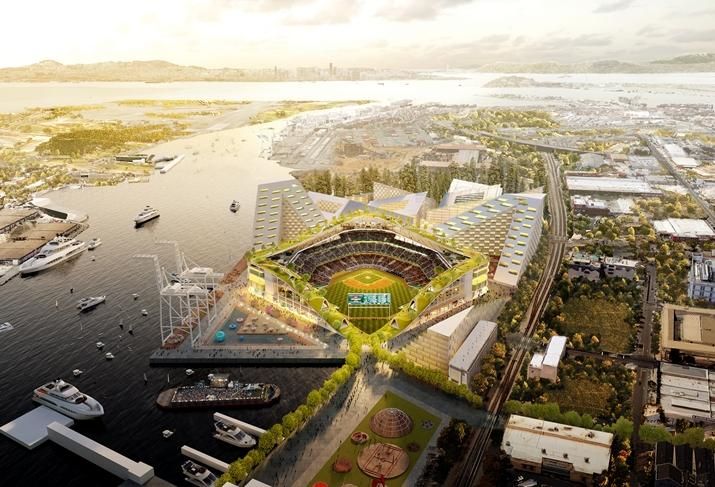 As forcefully opposed as the Howard Terminal plans are, the development also has the potential benefit of including an array of uses, all of which are meant to support each other and create a new West Oakland destination, A's President Dave Kaval told Bisnow in February.

Components of the plan, which currently includes up to 3,000 residential units and a 400-key hotel, can be individually financed, Lawrence said, possibly giving the A's greater access to liquidity and better pricing while lowering their risk.

“The lenders that are looking at the project may consider that dynamic, with having [property types] grouped together, as much more attractive," Lawrence said.

The megadevelopments' components on their own also fit Bay Area market needs, as those in any big stadium project must for success, Cushman & Wakefield's Robert Sammons told Bisnow earlier this year. The Bay Area still has an acute housing crisis, and Oakland itself (before the coronavirus) had seen hospitality sector growth potential. Also, adding residential units may be a stabilizing feature.

"Because of the involvement of the government agencies, Fannie Mae, Freddie Mac, HUD, [multifamily development] may present a more stable source of revenue for a project, and it’s probably one of the easier asset classes to finance," Lawrence said.