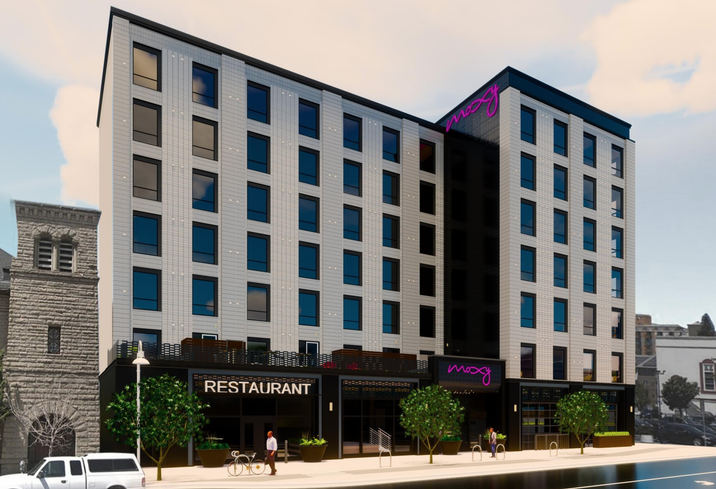 With over 9,000 housing units and millions of square feet of office space under construction, Oakland is undergoing a transformation.

The city expects to have over 6,000 housing units come online just this year and boasts high-profile corporate entrants like health plan provider Blue Shield, which has pre-leased 227K SF in an upcoming office tower at 601 City Center, and digital payments company Square, which grabbed all 356K SF of Uptown Station in a landmark deal.

But for Visit Oakland CEO Mark Everton, memories of the last new hotel to arrive in Oakland are hazy.

And in downtown Oakland, the hotel construction drought has been nearly twice as long. The last hotel to open in the city’s downtown was in 2002, when a Courtyard by Marriott arrived at 988 Broadway.

But this summer will bring the opening of hotels both downtown and elsewhere in Oakland even as others that will open in the next several years prepare to break ground.

Beyond those two projects, three other hotels have entered the pipeline just this year. Oakland-based Signature Development and Jordan Real Estate Investments broke ground on Williams Sonoma’s first West Elm hotel, which will have 168 rooms and 72 residential units at 2401 Broadway. Hawkins Way Capital will break ground this summer on a new 286-room hotel split between two Marriott brands — Residence Inn and AC Hotel — at 1431 Jefferson St. 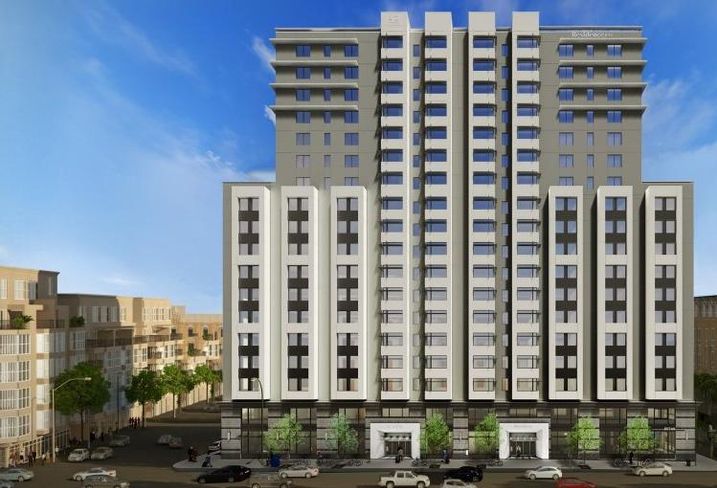 Both the West Elm and Moxy hotels are projected to open in 2021, while Hawkins Way Capital has yet to announce an opening date. The Moxy and Hawkins’ dual-branded Marriott are both within the opportunity zone encompassing much of Uptown Oakland, a downtown area that has enjoyed an infusion of new shops and restaurants in recent years.

Oakland's pace of new hotel investment with two openings imminent and several more projects breaking ground may seem modest, but for a market coming out of such a dry spell, it constitutes a relative surge, said Patel, who points to several reasons for the increase.

“It’s a good amount of product for Oakland, for sure,” Patel said. “[Oakland] was a one-trick pony in downtown for a long time with just [Kaiser Permanente], but we’re starting to see this mix of demand-generators. You’ve got healthcare, you’ve got a little tech and a little fintech, and I think that’s been a sign for [hoteliers] to decide it’s time to jump in.”

Such ADR growth, along with other factors, has served as a kind of green light for hotel developers, who also look to capitalize on a booming Bay Area tourism industry.

“Developers are finally able to get properties to pencil out in Oakland when they couldn’t previously,” Everton said. “We’ve had some pent-up demand and a lack of supply for quite some time.”

Patel also cites Oakland’s use of Specific and Area Plans for zoning as boons to hotel developers. The entitlement process is streamlined for certain projects in those areas of the city.

“The hotels you see coming downtown are a product of what Rachel Flynn did when she was planning director a few years ago,” Patel said, referring to Tidewater’s Moxy being within the Broadway-Valdez District Specific Plan and Ridgemont’s Hampton Inn opening within the Lake Merritt Station Area Plan.

“Before, the cleanest zoning existed down at the airport. When the specific plans came to downtown, it cleared the way to allow a little more flexibility in zoning,” Patel said.

Though EJF Capital touted the Moxy Hotel project as the product of opportunity zone investment, the tax incentive elicits mixed feelings from hoteliers both for hotel development and otherwise, Local Framework co-founder and President Skylar Skikos told Bisnow in February.

“Hotels are kind of laggers," Skikos said. "They are not really pioneering in terms of changing the profile or the face of a community. I think you'll see hotels towards the end [of a gentrifying neighborhood]." 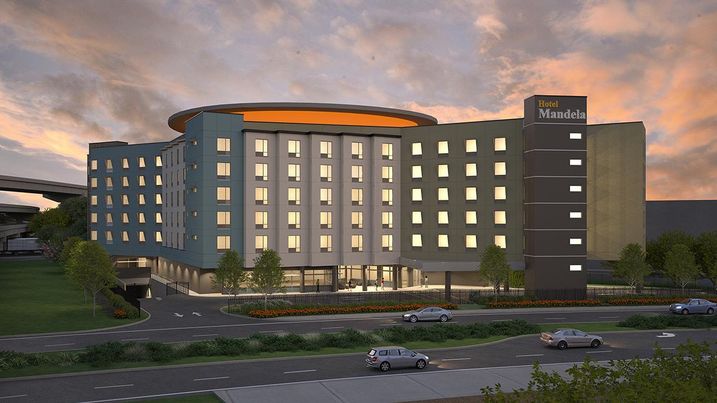 Courtesy of Tulsee and Payal Nathu
A rendering of Hotel Mandela, a 222-room hotel proposed for West Oakland

To Patel, Uptown Oakland presents a kind of opportunity not found with other designated zones.

Like other opportunity zones, the one overlapping Uptown was selected based on 2010 census data. But a lot has changed in the now bustling downtown area since the turn of the decade. In addition to a bevy of hip restaurants already in the area, Uptown could see more than 1,000 new housing units (about 400 of which could come from the Eastline megaproject) and several thousand employees brought over by Square and other companies.

The nationwide boom as well as Oakland’s own hotel awakening mean more hotel developments are yet to come for the city. Oakland City Council will vote in July on a 222-room hotel designed by Architectural Dimensions and named Hotel Mandela. The project, which is on a Caltrans lot between Mandela Parkway and Beach Street, would break ground in an opportunity zone.