With the building boom in full swing in Oakland, many contractors are using different technologies from productivity software to robots to improve productivity, efficiencies and job-site safety. 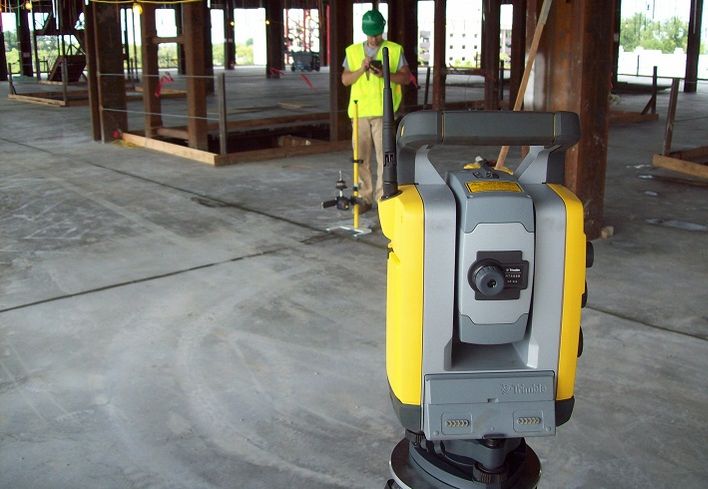 Contractors that are ahead of the game are using drone technology, 3D modeling and building information modeling, virtual reality, print camera technology and mobile-friendly software, such as PlanGrid, which digitizes building plans and makes them accessible on any device. The startup was just bought by AutoDesk for $875M.

Nationwide, contractors are turning to these technologies to create better efficiency, supplement the workforce during a skilled-worker shortage and reduce mistakes and project costs.

Construction technology is still new to many contractors in Oakland, and it hasn’t yet been fully implemented. Because of this, some contractors are still running up against a lot of rework due to poor communication, PlanGrid Western Region Customer Advocate Ross Wagner said.

“Business out here hasn’t had the growth that San Francisco has had ... but overall there certainly are people who are ahead of the curve in Oakland,” Wagner said. “The growth curve is just a little bit later.”

He said technology is allowing contractors to work together and increase productivity without having to go back and forth to the trailer to get information needed at the job site. 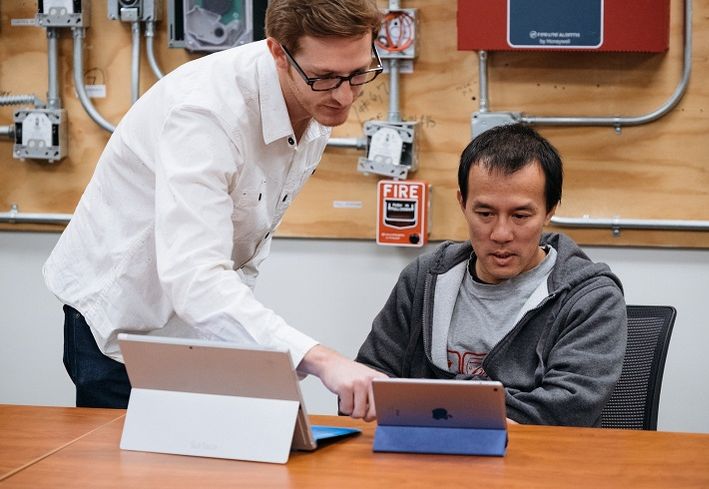 “Using that information, whether that is implemented in PlanGrid or elsewhere, it is super-valuable to make sure these buildings in Oakland are being built and operated as efficiently as possible,” Wagner said. “Before, the hand-off process was very archaic. There’s still a lot of paper, PowerPoints and people are still using email and Excel.”

Many of the latest technologies have been tested in San Francisco, putting Oakland in a better position for putting them to use.

“Oakland is definitely the second boom within the Bay Area and [contractors] are benefiting from what San Francisco has already learned and figured out what works,” Wagner said.

Instead of being a test case, Oakland contractors can use technology that has already been tested and deemed most successful on the job site, Wagner said.

PlanGrid also has been working with local unions to help connect apprentices and journeymen with technology on the job site. Wagner said this gives younger generations skills that make them more attractive hires and gets them used to using tech and to collaboration with others.

Contractors Ahead Of The Curve

Construction firm Overaa has been building in the East Bay for over 100 years and uses several technologies such, as PlanGrid, Viewpoint and Bluebeam, C. Overaa & Co. Project Manager Camille Hardin said. The most useful tools during the building boom have helped with document control, she said.

Technology can create value in Oakland since various city staff are overburdened with the construction boom right now. By having easy access to project documents, it can help inspectors review plans and projects quicker, she said.

For its work at the Oakland Zoo expansion project, Overaa was able to save time by showing an Oakland inspector plans electronically, she said.

“We had the ability to be there with technology and show the inspector plans and save his time and our time and keep that [process] moving,” Hardin said.

For contractor Contra Costa Electric, technology has been instrumental in its everyday operations. The company has worked on several hospital projects around Oakland and the East Bay and has also done some work with local schools, the Port of Oakland and Oakland International Airport.

“If you’re not doing this, you’ve fallen behind and you’re probably not going to be very successful in winning bids,” Contra Costa Electric Pre-Construction and Pre-Fab Manager Don Stratmeyer said. 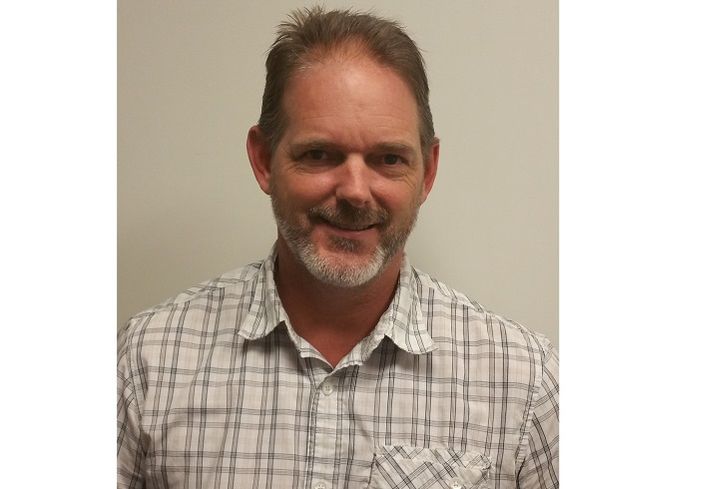 The company has been doing prefabricated work for 10 years. Working on electrical elements in the factory has allowed the contractor to build faster and in a safer, controlled work environment, Stratmeyer said. Error rates have gone down and productivity rates have gone up. In most cases, the company will do just-in-time delivery so that their products aren’t sitting on the job site.

Contra Costa Electric has used technology like PlanGrid and currently has 134 projects uploaded. It also uses building information modeling to better coordinate with other trades involved in a project, Stratmeyer said.

In addition to prefabrication, Contra Costa Electric uses what it calls a total station robot to help with layout. The robot uses BIM virtual designs to guide layout points within a quarter-inch of where a worker installs an electrical element, and can also find other people’s mistakes, such as if a framing contractor laid out a wall incorrectly, Stratmeyer said.

Someone is on the other end of the job site with a transponder unit that communicates with the robot, which guides the person on where put the needed electrical element. The robot allows Stratmeyer's team to lay out over 500 locations in a day, he said. Ten years ago, this would be weeks’ worth of work.

Contra Costa Electric also is using virtual reality goggles to view the virtual design alongside what is on the job site, he said.

“All of these things are helping us be successful in Oakland and throughout the Bay Area,” he said. 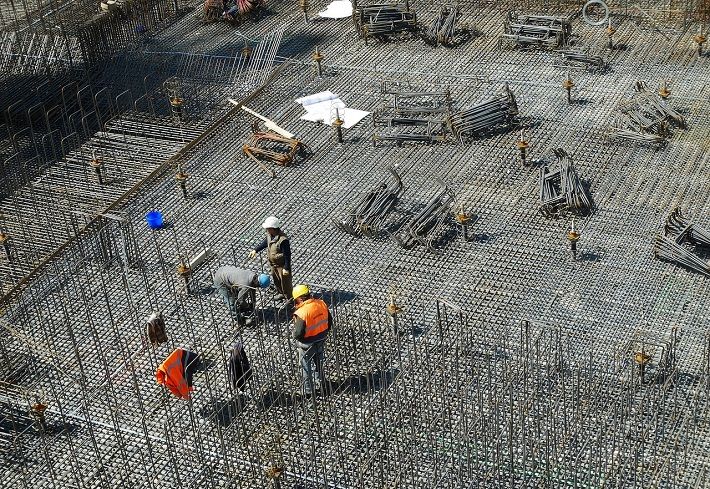 With more parties interacting via technology and software, the natural trend has been toward more collaboration and using design-build, which is a single point of contact for both the design and construction elements.

Overaa has always used design-build and it was popular several years ago, but concerns about liability when projects were sued led to dividing up of duties, Hardin said.

“The industry is revisiting [design-build] because it is so much more effective,” she said. “Contracts have been written to protect everybody.”

Now, there is a better opportunity to partner with a designer and still protect the contractor, she said. Various parties also have come to the realization that design-build creates fewer headaches instead of more and saves time, she said.

“It’s amazing how much more input and how much quicker you get into the design, and fit into a tighter budget [with design-build],” Hardin said.

She said it also allows project shareholders to get into value engineering, which allows the project team to meet and review a proposed project, gain a better understanding of the owner’s expectations, discuss key criteria of a project and discuss other elements of the project. 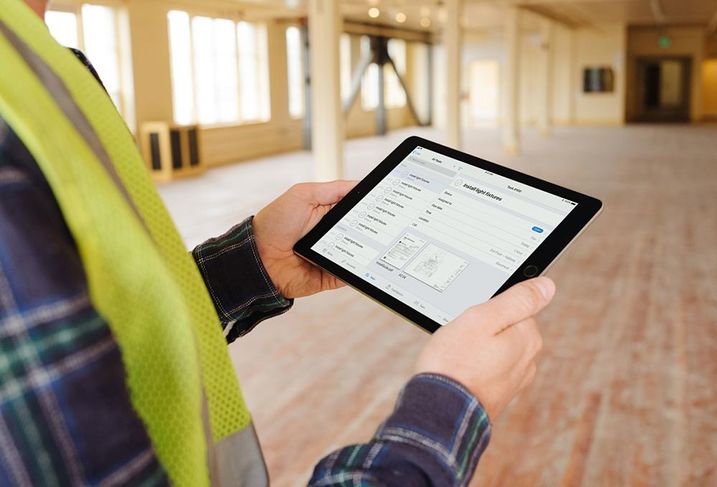 While technology has been great for Overaa and Contra Costa Electric in terms of increasing productivity and decreasing costs, not every contractor has been able to use new technology. It can be difficult to get people to buy these programs, especially since they can be expensive, and bring subconractors on board who can really benefit, Hardin said.

“I think we’re going to see it more, but I think it’s going to be slow,” Hardin said. “I don’t think it’s something that will happen overnight.”

For technology to be effective on the job site, it needs to be user-friendly, quick and effectively implemented, Hardin said.

“One of the things that we learned is technology is your friend and it’s evolving daily,” Stratmeyer said. “You’ve got to keep your nose to the grindstone, as they say, and find the newest and latest technologies.”

Technology allows contractors to have more information in the field that is much easier to understand and more accessible, especially for people who may not have as much experience in the trades, Stratmeyer said.

“Technology is helping everyone become better at their work,” Stratmeyer said. “I don’t think technology around the construction industry will ever fully replace the worker. You still need that. I think it will help them do their jobs faster and safer.”