Construction companies are hammering out fixes to the labor shortage. Firms are planning to raise pay, implement more training and increase on-the-job safety standards to make construction more attractive to younger workers, according to a recent survey from Teletrac Navman. 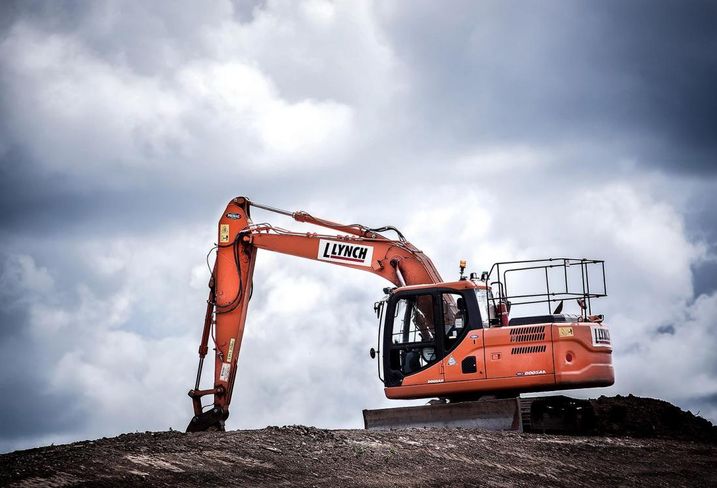 The construction market has been suffering from a labor shortage exacerbated by aging baby boomers who are retiring, leaving a void that millennials are not overwhelmingly interested in filling.

Construction in every sector is ramping up. Yardi Matrix research shows there are 320,000 new apartment units slated to come online this year — a new record this cycle, and the hotel industry had 580,000 new rooms under contract as of April, up 15% compared to last year, according to STR. The worldwide construction market is expected to grow by 85% to $15.5 trillion by 2030 according to PwC, placing even more demand on the already stressed industry.

The U.S. lost more than 2 million construction jobs after the Great Recession, and while more than 1 million of these jobs have returned, the industry is still falling short of high-quality labor.

“What is really unsettling to people is demand is actually increasing and we’re hearing some people are turning away jobs,” Teletrac Navman Global Vice President of Marketing Rachel Trindade said.

The construction workforce also is aging, with 42 being the average age of a construction worker. Older workers require higher salaries and cost more to insure, according to the Teletrac Navman report. The U.S. workforce is aging in general with many baby boomers forgoing retirement and continuing to work in various industries. By 2022, a quarter of the American workforce is expected to be age 55 or older.

What Are Contractors Doing? 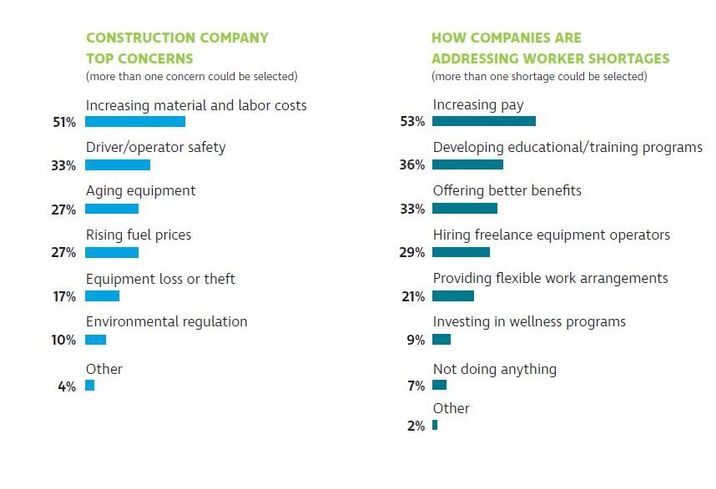 To help solve the problem, firms are working to improve recruitment, retention and job safety, according to Trindade. The survey, which focuses on equipment operators and drivers, revealed that 54% of companies plan to hire more workers. More companies are planning to use freelance equipment operators as well.

About 53% of companies surveyed said they plan to increase pay and 36% said they would offer more training and educational programs. Fewer schools offer shop classes where kids can learn basic skills or have a basic introduction into construction, which is putting an additional burden on contractors to offer on-the-job training, according to Trindade.

Firms also are working to enhance job safety to keep people on-site and to recruit more workers. Construction companies are using cameras or sensors to evaluate potential risks. About 16% of the organizations surveyed said they used telematics to improve driver or operator safety, Trindade said. Telematics is the process of sending/receiving information to and from remote devices and equipment. It can be used to monitor drivers, equipment locations and other equipment and job safety information.

“A lot of millennials thinking about getting into construction have to evaluate their own personal safety going into it,” Trindade said. 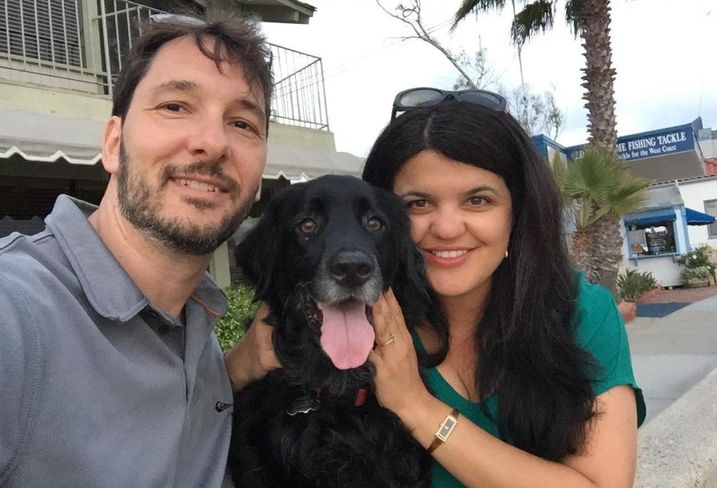 The shortage of skilled labor is only part of the reason projects are not delivering on time.

Labor productivity has declined, with construction workers spending an average 60% to 70% of their time waiting on equipment or suffering from scheduling issues, according to Trindade. A bulk of companies surveyed by Teletrac Navman said up to 11% of their equipment fails each year.

Tech will be a big part of improving productivity in the future. About 81% of companies surveyed were already using telematics and plan to use them within the next year. On the other hand, 75% of those surveyed have only been using tech to monitor equipment location and not to improve maintenance, driver/operator safety and performance, Trindade said.

Over half of the organizations using telematics said it has reduced fuel costs by upward of 40%, and almost one-third of companies said telematics resulted in fewer accidents.

Telematics also can be used to monitor a driver’s habits and whether they are accelerating or harshly braking. Companies can use that data to coach employees about how to improve overall performance and safety, Trindade said. Technology also can monitor equipment and provide information on which equipment might need maintenance before it fails.

Emerging technologies that companies said they might use in the future include fatigue monitoring, machine vision technology, drones and big data analytics. Only 9% of companies said autonomous vehicles will impact future business operations.

Despite this push to use technology to improve productivity, 38% of the companies surveyed said they are not considering investing in new or emerging technology.

“We have concerns they may be left behind in this process and may not be able to fill the gap left by this shortage,” Trindade said.