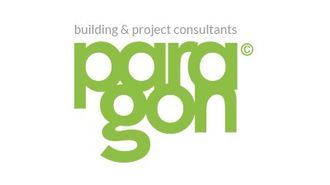 Send In The Drones: The Tech Revolution Coming To Construction

Hovering high above the heads of U.K. construction workers, a quadcopter scans the site of a new logistics building, using aerial photography to measure and track the cubic metres of earth removed during construction. Months prior, the same drone provided the property owners with a complete and accurate survey of the site in minutes. Data generated from the aerial images helped create a 3D model of the site, giving the owners comprehensive information on the topography and borders of the property, aiding in its smooth acquisition.

This is not a scene from the year 2050. Drone technology on construction sites is happening now, and it is becoming a powerful tool for the industry. Construction is among the top four uses for commercial drone-based services, behind aerial photography, surveying and geographic information systems, according to the 2017 Drone Market Sector report.

Paragon Building Consultancy is one of the first commercial property advisors in the U.K. to pilot a new program allowing owners and developers to supplement on-the-ground site assessments with drone technology.

“We are not yet talking about drones taking lumps of metal and dropping them into buildings,” Paragon Managing Director John Munday said. “But where we are seeing the opportunity for drone use is in the ongoing evaluation of construction work and monitoring progress, in addition to due diligence before purchasing a property.”

Drones have become a hot topic as advanced technology has changed the way people and businesses communicate. Photographers gravitate toward drone technology to capture Instagram-worthy images. High-profile events like the 2017 Super Bowl and the 2018 Pyeongchang Winter Olympics used drones as part of choreographed performances. E-commerce giant Amazon has explored an expanded use of drones in the logistics sector, even filing a patent for a drone-specific distribution center.

“Drone technology taps into the modern consumer trend for enhanced touch, feel and speed, as demonstrated by Amazon considering drone deliveries, and is by the far the best way to meet the industry’s demand for instant information and rich data,” Munday said.

Drones allow for easy capture of GPS-tagged aerial images. Those images can then generate 3D models and large orthomosaic maps used for measuring true distance without distortion. In one flight, a drone fitted with a laser scanner can record 10 million points, which can be used to make advanced building plans and measurements.

The expedient nature of drones means construction clients do not have to rely on time-lapse cameras. Instead, they can see real-time reporting from a drone flight. This removes any doubt about how far through a project the contractor has progressed.

Drones have also improved on-site safety. When conducting site surveys prior to property acquisition, workers can rely on aerial images instead of climbing onto a roof to assess the site. Drones also allow assessors to more thoroughly review sites by capturing images of areas that would otherwise be inaccessible on foot.

“An operator can fly over a building in a few minutes, where to measure that building on-site would take several hours,” Munday said. “In the past, people would walk around to carry out valuations and make some estimates of construction progress. When comparing man-hour cost, there is no question that drones will be more efficient for businesses.”

In the future, the use of drone technology for last-mile delivery could fundamentally change the design of industrial buildings. Reliance on trucks forces site designs to accommodate space for loading bays, leading to an abundance of empty space. A 200K SF warehouse, for instance, might need 25 loading bays, along with circulation and parking for trucks.

If drones even partly replace trucks as a last-mile solution, then owners can substitute loading bays and circulation space with additional buildings, increasing site density and achieving greater value from the site, Munday said.

While drone delivery is several years away from becoming a standard in last-mile delivery, on the construction side, Paragon’s services will help clients realize the efficiency and accuracy that comes with using drones in assessing building progress.

“A lot of our clients have raised their eyebrows in surprise,” Munday said. “They did not see drones as a service they needed but now surveyors, developers, property funds and contractors alike are noticing the benefits. That is the where Paragon comes in, to lead the way in how we use drones.”