Survey: Construction Industry Wastes Over $200B On Avoidable Mistakes, Rework 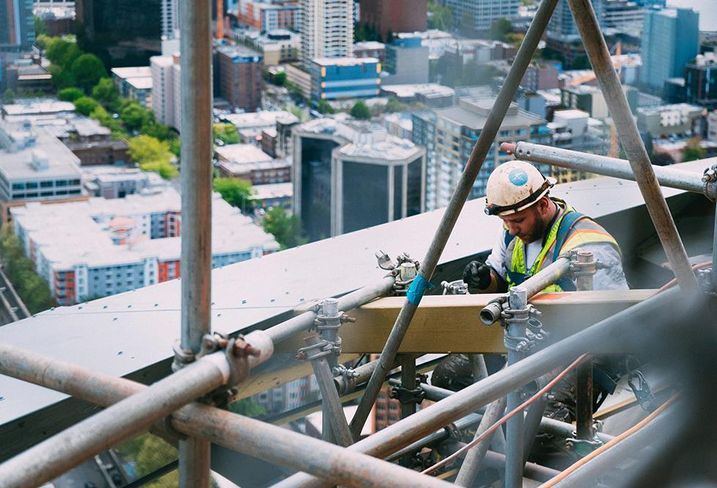 U.S. construction companies are wasting billions of dollars annually on mistakes, rework and miscommunication. A recent PlanGrid and FMI Corp. survey of 600 construction leaders revealed $177.5B in labor costs are spent fixing mistakes, looking for project data and managing conflicts while another $31B was spent on rework due to miscommunication and inaccurate data on the job site in 2018.

“Poor communication among team members, and incorrect or inaccessible information that workers need to do their job is costing the construction industry tens of billions of dollars annually,” FMI technology practice lead Jay Snyder said in a statement. “The majority of industry stakeholders seems to be at a loss for how to remedy these systemic and expensive problems.”

The construction industry continues to face an ongoing labor shortage and increased labor costs as fewer workers have entered construction during a time of extreme demand. Construction firms have been turning toward software, artificial intelligence and other technology to try to increase productivity among the workers they have, but the industry has struggled with adoption.

About two full workdays each week are wasted solving avoidable issues and searching for product information, the survey found. That time breaks down to five and a half hours looking for project data, five hours spent on conflict resolution and four hours dealing with rework activities, such as managing mistakes on a project that result in rework and assessing costs and determining how the mistake happened.

“While construction firms continue to invest in technology, the business-critical issues of communication and data management need more strategic attention than they currently receive,” Snyder said.

FMI estimates poor communication costs the construction industry $17B each year, while poor project data costs about $14.3B each year. 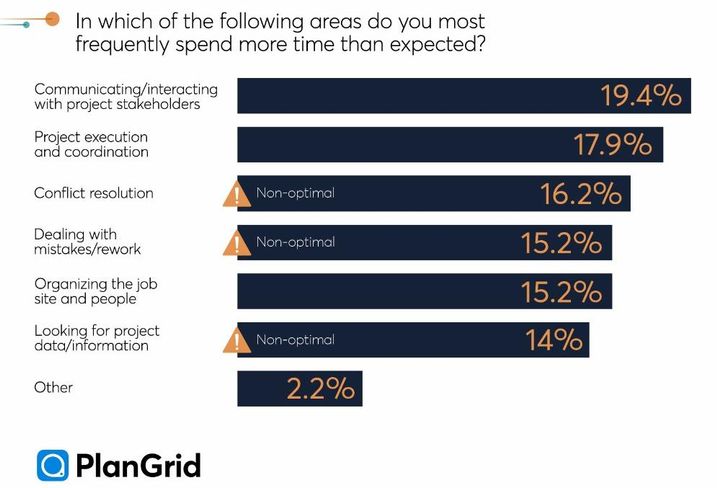 Even though 75% of survey respondents provide mobile devices and technology to project managers and field supervisors, less than one-fifth of companies consistently use apps.

“Construction companies are investing in mobile devices, but many teams are still relying on simple text and email rather than tapping more robust technology to collaborate and access project information,” PlanGrid Vice President of Product Marketing Stuart Frederich-Smith said in a statement. “This proves a significant disconnect between the purchase of construction technology and the adoption of this technology in the field.”

He said this means more end users need to be included in the decision-making process. In the survey, 52% of respondents said the investment in technology was to meet the needs of the field staff, but only 28% considered receiving feedback from potential users during a pilot phase.

Construction leaders expect technology to help with data management and productivity. Over half of the survey respondents said their most common goals for technology adoption is to provide better access to data (58%), improve productivity (57%) and increase the accuracy of project information (56%).

“Teams that have easy-to-use tools to collaborate in real time, a central source of truth and access to relevant data when they need it will have greater competitive advantage,” Frederich-Smith said.

CORRECTION, AUG. 1, 8:15 A.M. PT: A previous version of this story did not make it clear that the $31B spent on rework in 2018 was due to miscommunication and inaccurate data on the job site. The story has been updated.