In A Crowding Market, Food Hall Operators Search For Ways To Stand Out

Food halls have been considered a savvy answer to the shifting retail environment and consumer demands for some time. But as more and more open up in New York City, the pressure is on for landlords and vendors to develop their concepts in creative ways to stay competitive. 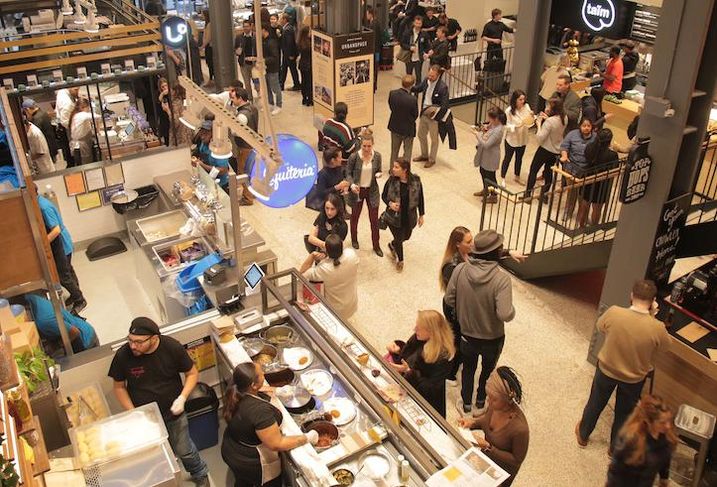 Courtesy of Urbanspace
The Urbanspace food hall at 570 Lexington Ave.

The New York retail market was dominated last year by sliding rents and increasing vacancy. Asking rents in Manhattan fell 2% between 2017 and 2018 to hit $680 per SF, according to CBRE, with declines in 11 of the 16 main retail corridors. Landlords continued to slice up spaces, pushing up ground floor availability, although leasing activity was solid and many brokers say the worst could be over.

Food halls, the upscale open-eatery concepts that have seen vast growth in popularity in recent years, are increasingly seen as a solution to a complex, changing problem. But with so many in the pipeline, not all of them will survive.

“In retail, we have this pattern of doing things to death,” Cushman & Wakefield Americas Head of Retail Research Vice President Garrick Brown said. "As the market gets more crowded, it will be more critical to boost the experience for consumers."

C&W predicted last year that food halls will triple in number across the United States by 2020.

“There are so many projected that are coming to market we will see some failures," Brown said. "We see everything from world-class food halls to ones where people are putting lipstick on food courts." 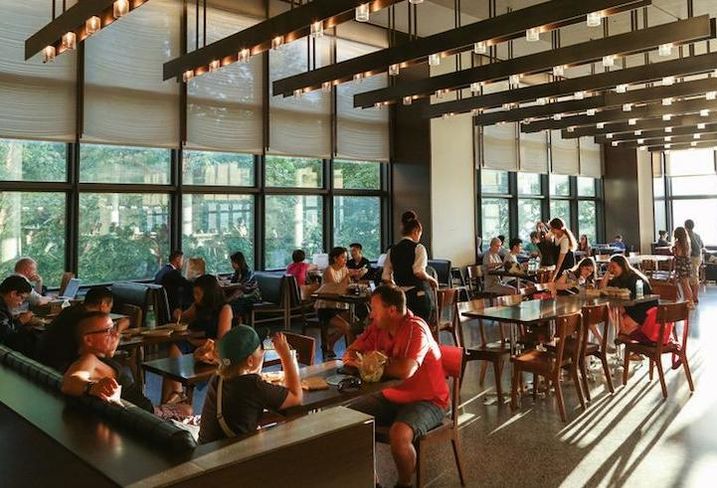 There are around 35 food halls operating or in development in New York City, Brown estimates — the combined result of vendors looking for ways to test out concepts, landlords pulling out the stops to fill space and diners seeking edgier food offerings.

They come in different forms. Fosun Hive Holdings, for example, is bringing a 35K SF food and entertainment venue run by Legends Hospitality that will feature international chefs and performers to 28 Liberty St. Urbanspace last week announced it would open another food hall at 787 Seventh Ave. in space that was once home to a Bobby Flay’s, adding to its locations at 230 Park Ave. and 570 Lexington Ave. Brookfield is including a 20K SF food hall with two restaurants and six vendors at its Manhattan West development, and it already operates the 30K SF Hudson Eats food hall at Brookfield Place.

Mercado Little Spain, a 35K SF Spanish food hall at Related's 10 Hudson Yards is due to open this spring, as is the Market Line — a 150K SF marketplace featuring arts, fashion and food tenants at the Essex Crossing development. Many of the vendors there will sell ingredients like meat, fish and produce.

At F&T Group and SCG America’s 1.2M SF mixed-use development in Flushing, Queens, called Tangram, there are plans to include a 24K SF food hall within the complex. 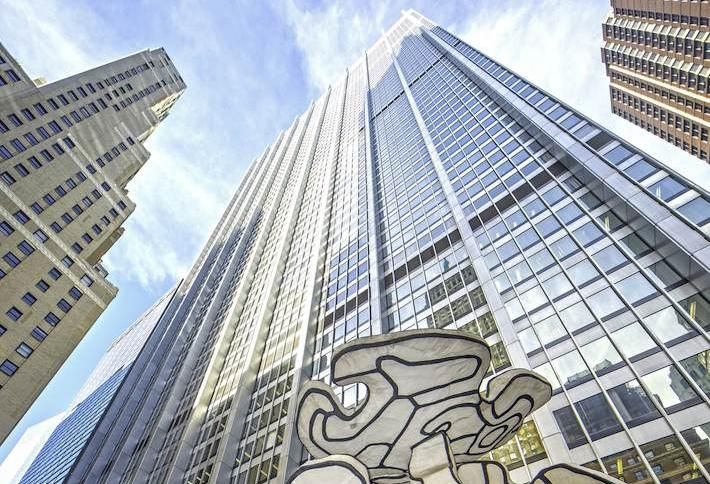 It is little wonder developers are investing so much into the sector. Food and beverage was the most active sector in retail leasing last year, per CBRE, with just over 601K SF closed over nearly 200 transactions.

His firm’s Waterline Square, a three-tower megadevelopment on the Upper West Side, will feature a 28K SF food hall run by Cipriani.

“You cannot replicate the food and beverage experience on your computer, you have to go to [the] venue and interact with other human beings," he said. "People are really attracted to places that have other people.”

Linsley said that while there have been a number of food halls created over the last few years, he believes Waterline Square will be able to stand out.

“I think Cipriani is so original and unique that they will bring their own flair to this space," he said. "It will be something quite different, quite definitively Cipriani."

Certainly, some of the most experienced food hall operators say that food halls need to be carefully shaped and curated, and, crucially, that they don’t work everywhere.

Celebrity chef Todd English — who was behind the earliest food hall concept in New York City, Plaza — said last year that the concept now needs to have something extra to be truly competitive.

"There is a lot more interest, I can’t tell right yet if [the market] is saturated,” said C&W Senior Director Alan Napack, who arranged English’s Plaza offering and continues to work with the chef to find new locations around the world. "Everyone and their mother is trying to get into it."

He said Todd English at the Plaza, which opened in 2009, was just the first phase of the concept. In the years after it debuted and proved itself a success, the remainder of the space surrounding it was developed into a hybrid of food hall offerings because it had become clear that standard retail offerings were simply not working in the space.

“I think the evolution of food halls is going to result in more experiential things going on — maybe a mix of more retail, you are going to see things morph a little,” Napack said, adding that as more open up, weaker concepts will fall by the wayside.

But CBRE Retail Services Group Executive Vice President Amira Yunis, who represents Urbanspace, said she still thinks the city is far from becoming oversupplied with food halls. While landlords reach out a lot, she said, not everywhere is the right space or location — and it pays to be selective.

“I think that a lot of landlords want food halls. They are looking for tenants to fill spaces. I don’t think there are that many deals being signed, and not as many transactions come to fruition,” she said. “Food halls are very expensive to build. It’s one thing for a landlord to want them. It’s another thing to get it signed and opened.”