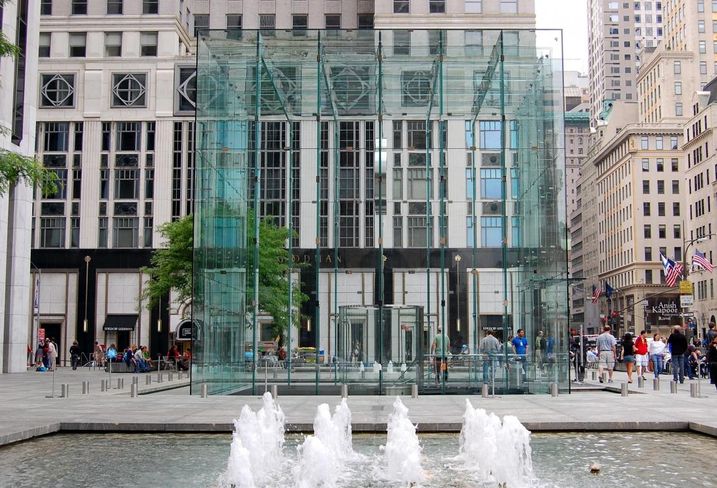 Apple is considering expanding its only 24-hour retail location into a portion, or possibly all, of the space at 767 Fifth Ave left vacant when high-end toy store FAO Schwarz left.

If you’ve ever descended the spiral staircase within the now-famous glass cube in front of the GM Building, it’s easy to see why an expansion could be warranted: the place is nearly always packed.

A move into FAO Schwarz’s former 61k SF spread would be temporary while a remodeling of the existing space takes place, the New York Post reports.

The possibility of taking some of the space on a longer-term, post-remodeling basis is hampered because, according to the Post, the digital giant is arguing to landlord Boston Properties that since it “made” the location an icon in the city when it opened there in 2003, it shouldn’t have to pay the going rate on rent.

Ground floor asking rents on that stretch of Fifth Avenue are among the highest in the world at $2,700/SF to $4,500/SF. Apple’s current space is all underground, and the former FAO Schwarz space has 13k SF on the ground level.

Nike has reportedly been in negotiations for the space, but sources tell the Post the sneaker and athletic wear monster has recently extended its lease around the corner at 6 West 57th St until 2022. [NYP]