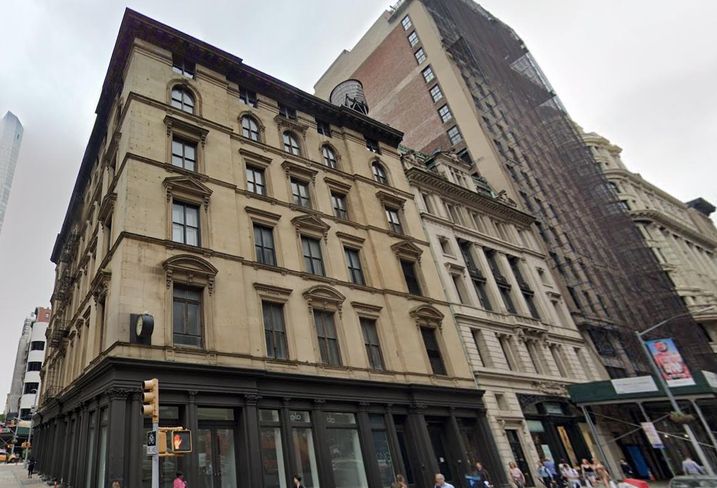 The broker who arranged for City Winery to head to Pier 57, where Google is the anchor tenant, has taken home New York City's retail real estate industry’s top broker honor.

Lee & Associates NYC Managing Principal Peter Braus was awarded the Real Estate Board of New York’s Most Significant Retail Deal of the Year at a virtual event this week for the lease, which saw City Winery taking 32K SF for 25 years at the waterfront development.

RXR Realty and YoungWoo & Associates are building the project along the West Side Highway at West 15th Street. City Winery is moving from Hudson Square. Braus described the deal as the most complex project he has worked on in his two-decade career.

“Businesses like City Winery will be vital to New York’s recovery and return to its pre-COVID status as the world’s greatest city. To receive the Retail Deal of the Year is a tremendous honor and I'm very grateful,” Braus said in a release.

REBNY also named CBRE brokers Richard Hodos, Joel Stephen and Michael Remer as the winners of the Most Ingenious Retail Deal of the Year award for their role in bringing the country’s first official Harry Potter flagship store, Wizarding World, to the Flatiron District. The deal will see Wizarding World spanning three floors at 935 Broadway, and the 20K SF space will be the Warner Bros. brand's biggest store in the world.

“Through diligence, strategic negotiations and a deep understanding of the market, we were able to educate Warner Bros. about the Manhattan retail landscape and procure a space that achieved the ideal balance between accessibility, reasonable occupancy cost and an ‘on-brand’ aesthetic,” Hodos said in a statement.

Retail stores and restaurants, already in a state of flux before the coronavirus pandemic, have been severely affected by pandemic safety restrictions. Stores were ordered to close for much of the crisis, and many retailers haven't been paying rent as they desperately try to stay solvent.