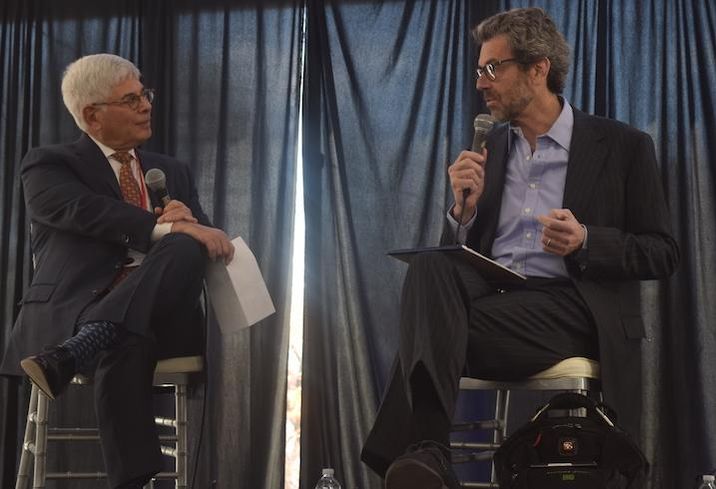 Empire State Realty Trust's second-in-command is stepping down from his post.

ESRT President and Chief Operating Officer John Kessler is leaving the company following an “an orderly transition,” the REIT said in a press release issued Tuesday morning. Anthony Malkin, the company's CEO and board chairman, will take over as president and the company will move forward without a COO.

“The Board of Directors and I thank John for his service and many contributions to ESRT since he joined us more than five years ago, including his leadership in our capital markets activities, our CFO transition and initiatives that enhanced our culture and strengthened our team,” Malkin and ESRT’s Lead Director Steven Gilbert said in a joint statement. “On behalf of the entire company, we wish John well in his future endeavors."

Representatives for ESRT, which owns a 10M SF portfolio with 14 office properties, including the famed Empire State Building, and six retail properties, said on its first-quarter earnings call that almost a third of its retail and office tenants have asked for deferrals.

One analyst on the first-quarter earnings call questioned the decision to hire Ratner, noting that five top executives at the company are earning close to $30M, and described the management team as “pretty bloated."

Malkin responded by saying that it would be “clear what our actions will be” in “the months ahead.”

Malkin had said on a Bisnow webinar earlier this year that he expects density in office buildings to become a thing of the past when tenants return to working from an office. Then late last month, reports emerged that activist investor Jonathan Litt, who runs hedge fund Land & Buildings Investment Management, is taking short positions in multiple New York City office landlords, including ESRT.

“The New York office market is facing an existential hurricane,” Litt said in a statement posted on the fund's website. “And Empire State Realty Trust is poised to bear the full brunt of this storm.”