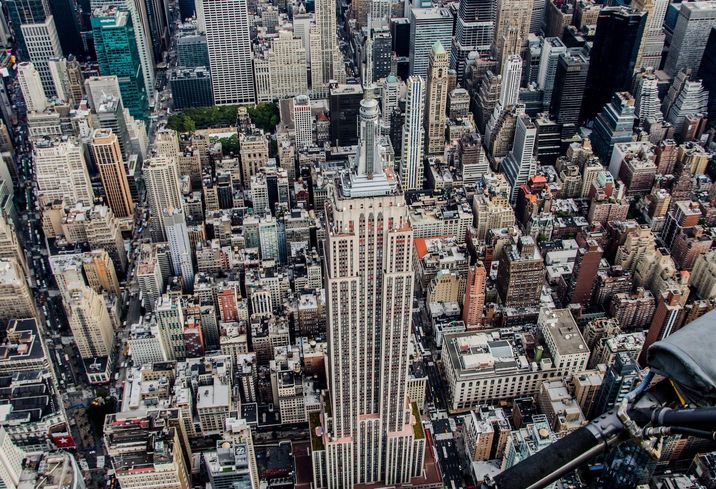 Activist investor Jonathan Litt is banking there is pain ahead for the office market, and is reportedly taking short positions in some of New York City’s best-known office players.

“The New York office market is facing an existential hurricane,” Litt said in a statement posted on the fund's website. “And Empire State Realty Trust is poised to bear the full brunt of this storm.”

In his statement, he pointed to the vast amounts of new office space that has been added to the city’s pipeline, which could be made worse by WeWork space coming back on the market. He didn't mention his short positions in his post.

ESRT representatives said on its first-quarter earnings call that almost a third of its retail and office tenants have asked for deferrals. CEO Anthony Malkin said on a Bisnow webinar last month that he expects density in office buildings to become a thing of the past when tenants return to working from an office.

He added the crisis should force companies to think longer term, rather than focusing on short-term gains.

“If there's one thing that's coming out of this economic impact from COVID to me, it's the degree to which people have not been well-capitalized enough to prepare for the unexpected,” he said. “If you are better capitalized, you have more confidence in taking longer-term action.”

The coronavirus has killed more than 20,000 people in New York, and caused many to question how the office market will fare in this new era of anti-density and fears about using public transportation and elevators.

Many office landlords have predicted the return of traditional office space in the city, but most people agree there will likely need to be changes made to physical office space to make tenants feel comfortable.

And while New York City has experienced record leasing in recent years — nearly 43M SF of office leases were signed in Manhattan in 2019 — there are some bleak predictions for the future.

Earlier this month, Moody’s Analytics REIS, a commercial real estate-focused subsidiary of Moody’s Analytics, predicted office vacancy across the nation could reach 19.4% by the end of the year.

That would be an all-time high, surpassing the previous record from 1991 when vacancy hit 19.3% in the midst of the savings and loan crisis. New York is expected to be hit the hardest hit, with a possible 20% effective rent drop in the city this year.