Amazon Takes A $1.7B Bite Of The Big Apple For Its New Headquarters

Amazon is bringing half of its coveted second headquarters to Long Island City in a deal that will see the tech giant receiving more than $1.7B in direct incentives. In return, Amazon has agreed to create 25,000 jobs in the area, occupying a combination of leased and owned space in existing and yet-to-be-developed office buildings. 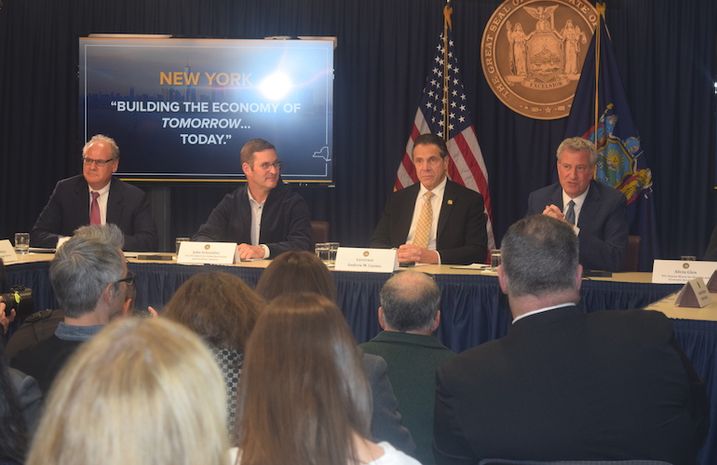 Amazon announced it will open new headquarters in Queens and Arlington, Virginia, Tuesday morning, 14 months after it first announced its search. It will spread the promised 50,000 jobs across the two locations. It will also set up a new hub in Nashville, known as the Operations Center of Excellence, where the company says it will create 5,000 jobs.

“This is the largest economics development initiative that has ever been done by the city or the state, or the city and the state together, believe it or not,” Gov. Andrew Cuomo said at a press conference announcing the deal Tuesday afternoon. “The revenue to incentive ratio is nine-to-one …  That is the highest rate of return for an economic incentive program that the state has ever offered."

In choosing Long Island City, Amazon said it would bring 25,000 employees to the area, and would start hiring next year. It will occupy at least 4M SF of offices with the possibility of expanding to 8M SF.

Amazon will start its Long Island City invasion with a 500K SF lease at the 1.4M SF One Court Square, the tower New York firm Savanna bought in 2014, currently occupied by Citigroup. Savanna announced Tuesday it had signed Amazon to a lease for up to 1M SF at the building. Citi will occupy the remaining 400K SF beyond 2020.

Meanwhile, Amazon plans to build 4M SF of commercial space over the next decade, with the potential to expand the sites to 8M SF over the next 15 years.

As part of the plan, Amazon will build on a collection of privately and publicly owned properties along the East River waterfront. The sites include a 672K SF building located at 44-36 Vernon Blvd., which is owned by the city.

The e-commerce giant is also reportedly planning to build on a site owned by plastics company Plaxall, which had previously been working to rezone the site for a mixed-use project with 5,000 units and 335K SF for creative production and light industrial uses. 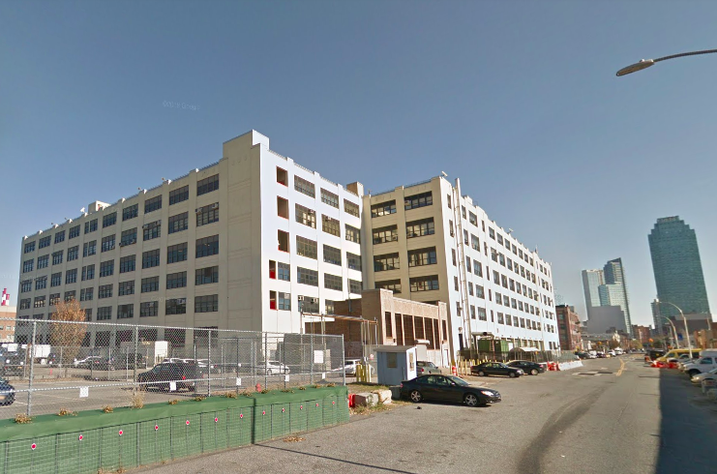 Google Maps
Amazon will lease the 672K SF 44-36 Vernon Blvd., owned by the New York City Department of Education, in 2019. It will also lease 1M SF at One Court Square, the blue skyscraper in the distance.

As part of the deal, the state will provide “performance-based” incentives totaling $1.7B. Within that package there will be $1.2B in tax credits directly connected to Amazon’s commitment to bring 25,000 jobs to the area. It will also receive a $505M capital grant as a result of the tech giant’s commitment to investing $3.6B over the next 15 years.

Amazon, the city and the state are each planning to spend $5M on “workforce development programs focused on technology training and recruitment,” according to the mayor’s office.

Amazon will also be applying for as-of-right incentives, including New York City’s Industrial & Commercial Abatement Program and the Relocation and Employment Assistance Program.

Amazon said it will make space on the new campus available for a tech startup incubator and will donate a site for a new public school. It will also invest in unspecified infrastructure improvements and new green spaces.

“We traveled to over 20 different cities … We looked at what our employees want and where they would want to live,” Amazon Vice President of Global Real Estate John Schoettler said at the press conference. "And to be able to offer them three different opportunities in New York, Washington D.C., Seattle and other offices around the nation as well as the world … that’s what we are really for, the opportunity to be able to attract and retain top-tier talent.”

News that Long Island City is scoring a slice of the second headquarters was met with jubilation from local brokers and developers, many of whom believe the campus will be a boon for the area.

Not everyone is so sure. Some local politicians have slammed the incentives on the table for the tech giant. City Councilman Jimmy Van Bramer and state Sen. Michael Gianaris have both spoken out against the decision, while Alexandria Ocasio-Cortez, recently elected to the U.S. House of Representatives, claims Queens residents are “outraged” by the arrangement.

Long Island City is home to the country’s largest public housing project, and some have expressed fears Amazon’s presence will worsen economic disparities in the city, which is already grappling with a major affordable housing crisis.

But Mayor Bill de Blasio said there will be benefits for everyone with Amazon’s presence in the city.

“Let’s be clear, we are excited and happy for Amazon … [But] we don’t measure success in corporate profits," de Blasio said. "This plan that we all put together we are convinced is going to benefit everyday New Yorkers.”