The Waldorf Astoria's New Condos Hitting The Market This Fall 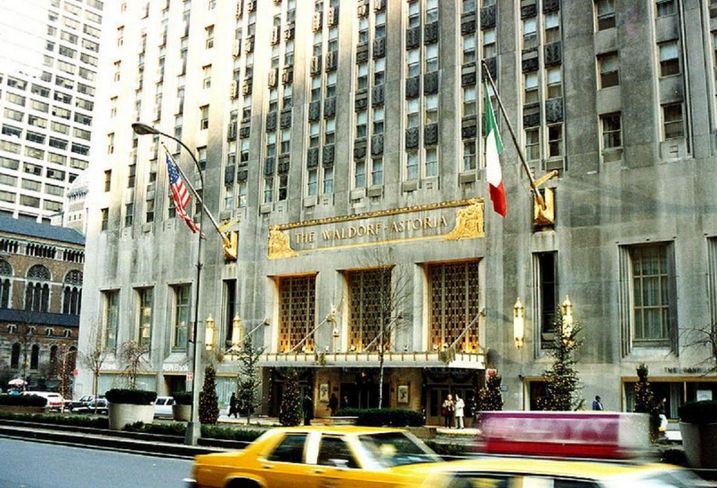 The owner of the famed Waldorf Astoria is getting ready to market the hundreds of new condos it is building in the Midtown hotel amid a slumping luxury market in the city.

The development has 375 private residences, known as the The Towers of the Waldorf Astoria. Douglas Elliman will be marketing them, the brokerage announced in a release Tuesday. Sales are expected to launch this fall, according to The Wall Street Journal, and the brokerage will be working with London-based Knight Frank, which will market the properties internationally. The asking prices were not made public.

The conversion will take the property from more than 1,100 hotel rooms to about 350 rooms alongside the 375 condos. The new guest rooms will be bigger than some studio apartments.

Anbang paid Hilton $1.95B for the hotel at 301 Park Ave. in 2015, setting a record for a single-asset hotel purchase, and embarked on a revamp of the iconic building. But last year, the Chinese government took over the firm after its chairman, Wu Xiaohui, was charged with corruption and sentenced to 18 years in prison.

The company reportedly is moving to shed billions in hotel assets — though the Waldorf is not included in the portfolio that it wants to sell, the new CEO said last year.

“The meticulous revitalization of this beloved landmark is well underway, and we cannot wait to show a global audience what we have been creating,” Anbang Executive Director of Development Andrew Miller said in the release. “This will be a rare opportunity to own a home at one of the most special addresses in the world.”

The sales are coming at a challenging time, with the city flooded with pricey residential offerings. Developers have been cutting asking prices and reaching deals with sellers in order to move product for some time now.

What’s more, the increasingly tense relationship between China and the U.S. could make selling the residences at a Chinese-owned property more challenging.

Anbang announced it would move forward with the second phase of construction at the property last August. The hotel closed in 2017 and construction is slated to be complete in 2021.