“The reason being is that in the post-Great Recession environment banks stopped financing. Condos stopped selling," he said. "Land has not come back to earth far enough … [421a replacement] Affordable New York is not worth the paper it’s printed on.”

Timing the market, picking the best location and building the right product to lure tenants were all topics Levine and other speakers addressed at Bisnow’s Multifamily Annual Conference Tri-State event Wednedsay.

Levine, who is developing the 554-unit rental building at 2 North Sixth Place in Williamsburg, Brooklyn, said rentals are a safer bet than condominiums right now.

“I’ve done condos … couldn’t give them way… I struggled to pay back my debt,” he said. “In a rental, I have more than one bite of the apple.”

There are some parts of the condo market that are healthy, if the price is right.

“If you have vision, you have staying power, we think there’s still opportunities,” said Silverstein Properties President of Residential Development Rob Vecsler, whose firm is currently selling condos at its luxury downtown project at 30 Park Place.

“It’s not to say that we’d be excited to go out today with a $4K per SF condo, or a brand-new rental building ... But we believe if you are giving the buyers something that’s not on the market you will be successful."

Vecsler said some of the units at Silverstein’s upcoming condo development at the northern part of Hudson Yards will be priced at $1M.

Increasingly, developers are looking for ways to provide a cheaper product to buyers as they are still working to chew through the oversupply of luxury product on the market.

Naftali Group has been inactive for a number of years, but it has recently began acquiring development sites once more, and founder Miki Naftali told the audience he believes $3K per SF is what he would consider the high end of the market.

“The $5K or $6K a foot is just a dream that happened a few years ago, or at places like 220 Central Park South,”  he said. “In 2015, we started to see the market is getting to the point that it is just too expensive.”

Alchemy Properties founder Kenneth Horn said there is an oversupply of units in the $5K per SF price point, which he said is not a market he has ever wanted to be in, adding his company prefers to be selling apartments priced from $2,500 to $3K per SF.

Alchemy is redeveloping the historic Woolworth Building in Lower Manhattan into luxury condominiums, with a penthouse priced at $110M. If it were to sell at that price, it would smash all Downtown residential records.

“Two or three years ago, there was certain expectation that prices would go up and up and up," he said.

“We haven’t bought anything for two and half years, we are all being careful,” said Amy Rose, whose company, Rose Associates, is developing the 368-unit 210 Livingston St. in Downtown Brooklyn with Benenson Capital Partners. She added it is important to develop with the market the building will cater to in mind.

“If land prices come down that will help,” she said. “There is money out there that is looking for the product.”

Click the image below for more pictures from the event. 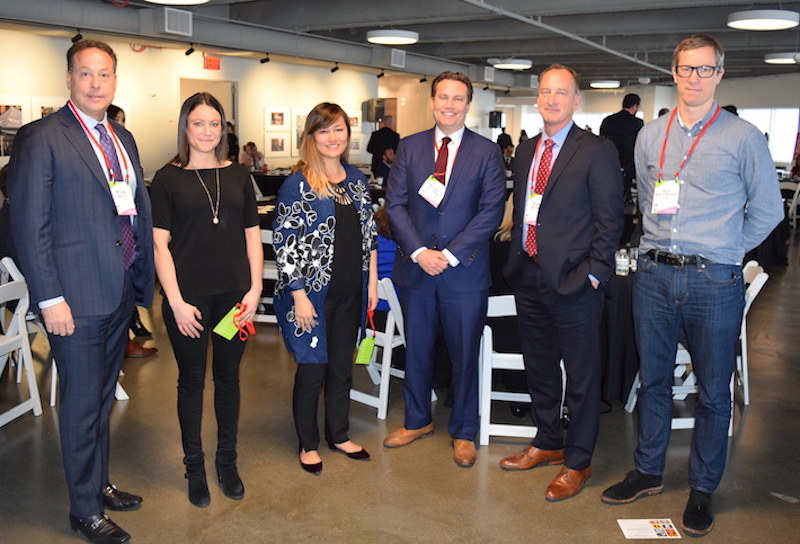 CORRECTION, APRIL 30, 10:21 A.M. ET: The penthouse at Alchemy Properties' Woolworth Building is listed for $110M. An earlier version misstated its price. This story has been updated.