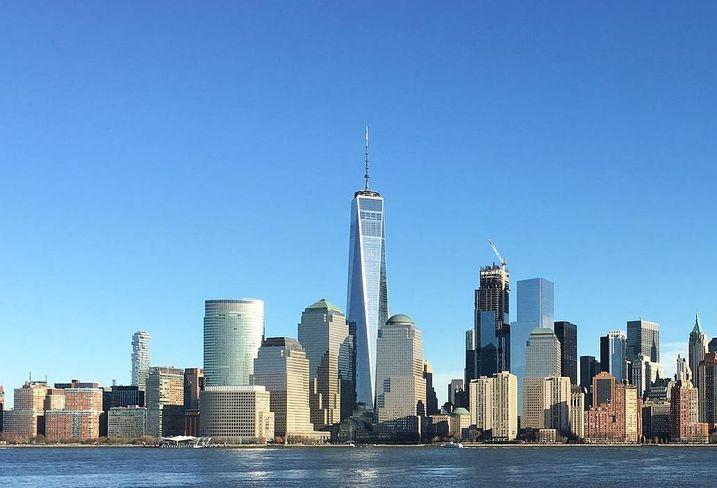 Amazon has released a shortlist for its much-anticipated second headquarters, with New York City and Newark, New Jersey, among the 20 locations that made the cut.

The company announced in September it is on the hunt for a second location to complement its expanding presence in Seattle, where it already has 40,000 employees across 8.1M SF of office space.

Dubbed HQ2, the new digs will cost approximately $5M to build and run, and would bring in around 50,000 jobs in 8M SF of office space. Following the announcement last fall, city officials and politicians in the United States, Canada and Mexico went into a frenzy trying to woo the retail giant as part of a public competition.

NYC lit up landmarks like the Empire State Building and One World Trade Center in Amazon’s signature color of orange.

Newark offered maybe the most generous incentive package of any city in the competition, announcing $7B in state tax breaks would be on the table if the company chose to go there.

Mayor Bill de Blasio wrote to Amazon CEO Jeff Bezos, stating that NYC is “the global capital of commerce, culture and Innovation” and “the safest big city in America, an open city that welcomes people from every corner of the country and the globe."

While the there were no specific subsidy offers made public, the state reportedly created an incentive package to offer. However, real estate heavyweights are skeptical of NYC’s ability to win Amazon over.

“I don’t think New York has a chance,” Related Chairman Stephen Ross agreed. “Other cities, it’s important to them and they’re offering incentives like you wouldn’t believe.”

Still, a study from Reis Inc. released in November put the city at the top of the list of possible locations, mainly because of the city’s access to public transportation.

Regardless, Amazon announced in September it will be taking 360K SF at Brookfield Property Partners' 5 Manhattan West in a 15-year lease deal. It also agreed to occupy more than 120K SF in a WeWork at 2 Herald Square in late 2017.