Last week, a New York City-based company inquired as to whether she had room for 100 offices, she said. Within days, another company called to ask if she had 30 office spaces available. The company was permanently leaving the city, according to the person on the phone.

Her space, Hayvn, is an hour northeast of Manhattan, in one of the wealthiest ZIP codes in the country. It is also only about 50% leased today, she says, but she doesn’t have enough room to meet the sudden demand the suburban flexible office market has experienced since the coronavirus hit New York.

“Where people in the economy are right now is scared,” she said. "They don’t want to have the longer-term lease, so that kind of flexibility is good for them." 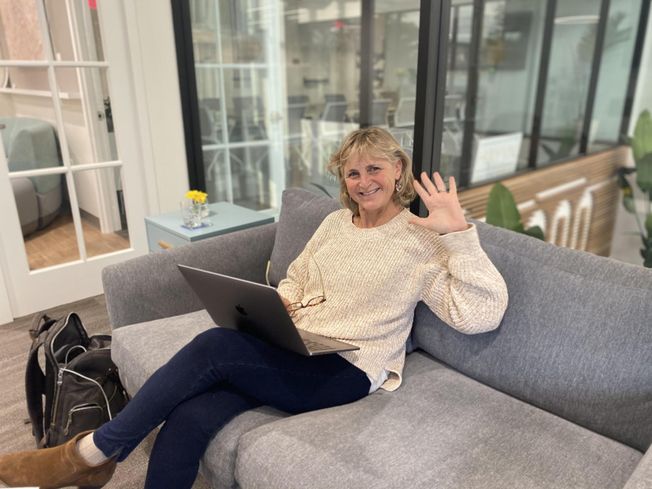 The real estate market in the suburbs has boomed as New Yorkers flee the pandemic’s dense epicenter to the tree-lined suburbs of Westchester, Connecticut, Long Island and New Jersey. Coworking operators and office leasing brokers told Bisnow there has been an increase in demand for flex office and coworking spaces in those same neighborhoods as the Tri-State Area navigates a new geographic workflow.

“Something nearing a majority of businesses that have a significant portion of their workforce commuting in from Long Island or Westchester or New Jersey are at least exploring the possibility of creating some sort of suburban office option,” Industrious CEO Jamie Hodari said.

“We are seeing an uptick,” he said. "We had a period of hibernation, but we are now seeing a dozen or so smaller financial firms that are looking out in the suburbs, with a particular emphasis on Greenwich and Stamford."

Right now, companies are exploring all of their options, and partially moving businesses into the suburbs is something many companies have explored, Lincoln Property Co. Vice President Hernan Prohaszka said. While leasing transactions hit a lull at the beginning of the crisis, activity has picked up in recent weeks. Flexible office space and short-term leases will probably account for the most activity in those areas, he said.

“It’s not what brokers want to hear, because it is not how we make money, but it is going to be the future," Prohaszka said. “Everyone is going to have to learn to live with a little less, because companies going for a five-, 10-year term is just sort of a thing of the past. It is going to be more temporary, short-term, flexible.” 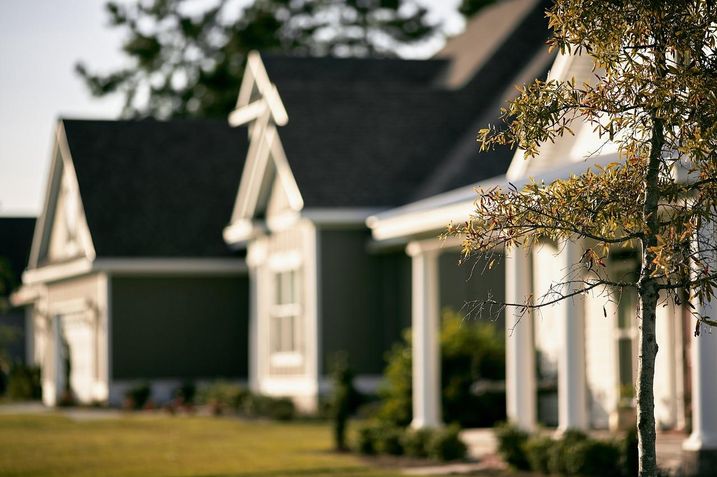 As New Yorkers have moved out of their city apartments, many have made their temporary homes along Long Island’s ocean shoreline, in country houses in the Hudson Valley and in New Jersey bilevels.

The onslaught of new demand for homes in these areas has accelerated a suburban sprawl that has been creeping over the Hudson, up the Saw Mill River Parkway and east on the Long Island Expressway for the past five years. Nationwide, trends have pointed to an imminent mass migration of millennials out of the cities they helped repopularize in their 20s to the suburban communities where they plan to raise families.

Many of the companies they worked for followed their lead. Between 2014 and 2018, 40% of corporations that moved their headquarters relocated to the suburbs, a Cushman & Wakefield report showed.

With the hopes of cashing in on demand for office space, major coworking and flex office space companies have opened suburban locations over the past few years.

International coworking giant IWG has 72 coworking spaces in the New York City suburbs, IWG confirmed through a spokesperson. Industrious’ newest location in Short Hills, New Jersey, set to open in the next few months, filled up quicker than any of its locations prior, Hodari said.

Demand for suburban coworking has been on the rise for years, he said. But the pandemic has accelerated it.

Until now, the extent of Industrious’ space in the Tri-State Area has been spaces in Midtown, Brooklyn, Bryant Park, SoHo, Union Square and Hudson Yards. Along with the impending launch of its first suburban location, Hodari said Industrious is actively seeking out additional spots to open a space in the suburbs.

While some of the demand Industrious is seeing is from new clients, it has also had inquiries from existing clients in New York City, Hodari said. The companies decided they would like to reserve space in a secondary location for employees that live in the suburbs, he said. 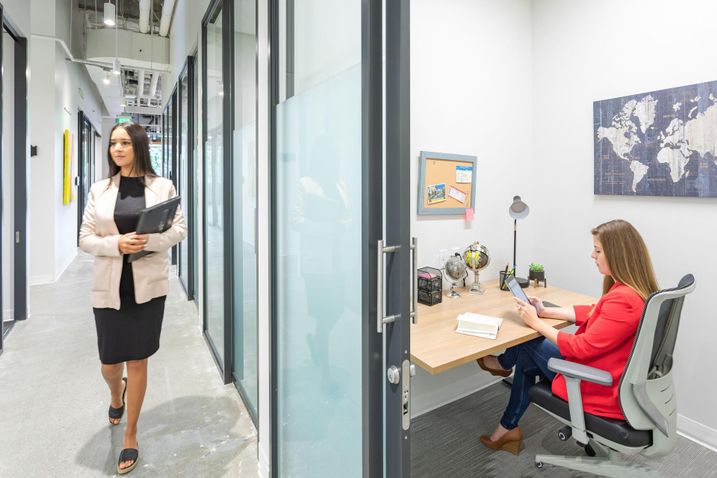 Serendipity Labs, a Westchester-based coworking company with locations in New York City and several of its suburbs, has seen many of its clients also make plans to disperse teams from city hubs to suburban spokes in order to offset the risk of coronavirus exposure, CEO John Arenas said. He said the trend is far from New York-specific — companies all over the country are exploring suburban options.

“[Companies] want to give people the option to work close to their home, not in their home and not in the headquarters, because they don’t want their team all to be working in one place,” he said. ”It's a business risk to them that their entire team could get sick.”

The majority of Serendpity Labs' new interest has been at its suburban locations, Arenas said. These locations are naturally less dense than city buildings, he said. With ground-floor walk-ins and no elevators, they are conducive to office needs post-coronavirus in the way that a city location can't be.

Rubinstein's location has similar features. With all of the increased interest in her space, she is adapting the layout to meet the needs of a new world.

Plexiglass will be put on the workspaces, which will be marked 6 feet from each other with dividers in between, she said.

Rubinstein will potentially convert meeting rooms into offices, Zoom rooms and family rooms. She is also decreasing her lease timeframes, allowing clients to stay for a week, a month or longer depending on their needs, to meet the need of an uncertain market.

Hodari said while companies are currently looking to relocate, he doesn’t think this trend — necessary today for health and safety — will stick long-term.

“We’re hearing a lot of ‘Until there is a vaccine, there is a very real change in what our employees’ desires and expectations are, and we’d like to see if there is a way to accommodate that,’” Hodari said. “But not a lot of them are saying, ‘I believe forevermore that the nature of New York City has changed.'”

While offices may not permanently move to suburbs, it seems many of those who moved out of the city are here to say. Caruso’s clients told him that the move to their suburbs was inevitable and that the pandemic just pushed their plans up a few years, he said.

“There has been a movement for short-term rental housing, and people are really thinking about putting down roots,” he said.

CORRECTION, MAY 15, 2020 AT 5:45 P.M. E.T.: Felicia Rubinstein is the owner of Hayvn. A previous version of this story mistakenly referred to her as Felicia Goldstein. This story has been updated.