Why The Big Global Brokerages Could Be Long-Term Coronavirus Beneficiaries

The coronavirus pandemic is wreaking economic havoc on the fundamentals of the commercial real estate brokerage business. As lease and sales activity dries up, so do brokerages’ revenues.

But this sudden and dramatic recession may actually benefit CBRE, JLL and Cushman & Wakefield, the three biggest commercial real estate brokerage firms in the world. 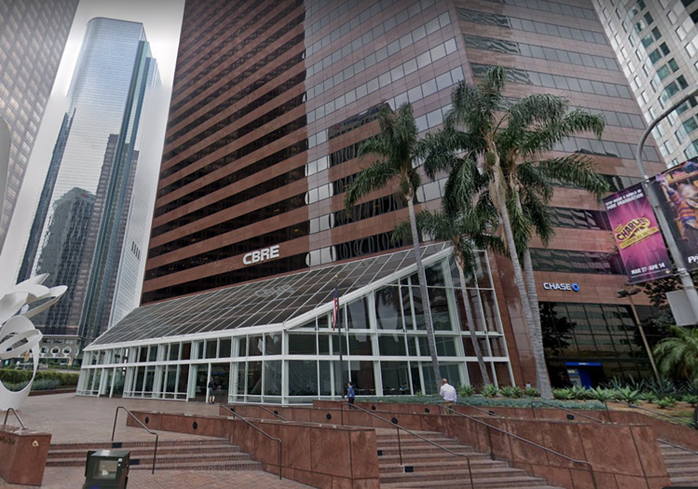 Google Maps
The headquarters of CBRE in Los Angeles.

While all brokerage firms are seeing their revenues and business activity decline, trends that were already benefiting the largest brokerages are only expected to accelerate in a post-pandemic world.

“What you will end up with is a situation where you have a few large, global, full-service providers, and then you have boutiques who are particularly good at a few things or a geography,” JPMorgan Chase analyst Anthony Paolone said. “I think there are a number of broader items that are good tailwinds in particular for the largest global providers in the space.”

CBRE and JLL ended the first quarter with small profits, despite nearly a third of the period coming after the World Health Organization’s March proclamation that the coronavirus had become a pandemic. In the two months since, widespread shelter-in-place orders have essentially frozen real estate activity.

“It's heavily impacted by the fact that you can't get out and show space,” CBRE CEO Bob Sulentic said. "Nobody's figured out how to get around that yet."

All three brokerages reported drops in either leasing or sales revenues, or both, during the first quarter, with Cushman & Wakefield tallying a 28% drop in leasing. CBRE said it has experienced a 40% decline in leasing and investment sales since April.

None of the big brokerage firms offered guidance on their earnings beyond the first quarter.

“People just have huge uncertainty in general about how long this COVID-19 thing is going to go," Sulentic said. "So we saw the downward pressure to the degree that we had described, it was down 40%, and we're going to wait and see how that plays out from here.”

Like their clients, the big brokerage houses haven't been immune to cuts to costs and headcounts. Newmark Group, JLL, Cushman & Wakefield and Colliers International were among the publicly traded firms that disclosed they cut salaries and staff in response to the economic crisis.

“To date, approximately 10% of our workforce has been furloughed for a period of two to three months, with health benefits maintained, while another 5% were separated from service,” Colliers Chief Operating Officer John Friedrichsen said during the company's Q1 earnings call last month. 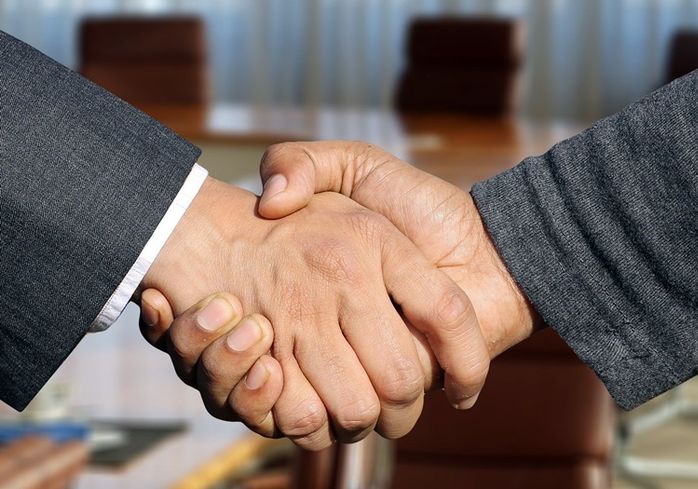 Pixabay/Gerd Altmann
The largest commercial brokerage firms have been acquiring services to expand their business lines.

Brokers are facing the same stiff headwinds as the rest of the economy, but large brokerages are poised to take advantage of widespread uncertainty over the future of space, an acceleration of the macro trends over the past decade.

As more institutional investors became owners of commercial real estate, the brokerage industry has consolidated as the Big Three gained market share in a globalizing economy. A number of brokerage firms have made headline mergers in recent years, from the $2B Cushman & Wakefield-DTZ merger in 2015 to the JLL-HFF merger last year.

In 2011, 801 firms brokered the sale of least one commercial property valued at $10M or greater, according to Real Capital Analytics. By 2018, only 662 firms had brokered an eight-figure sale. During the same period, the market share of the five global brokers — CBRE, JLL, C&W, Colliers and NKF — jumped from around 45% to 60%.

"This trend is a motivating factor behind the consolidation of the industry and a testament to the globalization of the real estate capital markets," RCA's 2019 report said.

The big firms have also expanded their clients beyond capital markets and office, retail and industrial leasing into healthcare and higher education, Paolone said.

“You've had greater adoption of outsourcing by large corporate users. But you've also seen the types of users that are willing to outsource,” Paolone said. “I think you've seen over this past cycle, all these companies try to broaden out and diversify their service lines.”

CBRE has ridden multiple waves to cement its market share, Sulentic said, like the rise of e-commerce, institutional demand for commercial properties, the growing demand to outsource property management and the focus on experience within the office space.

“CBRE benefited in a big way from each of these trends,” Sulentic said. “COVID-19 is likely to bring about equally powerful changes to our sector, and we believe CBRE is well-positioned for our industry's next evolution.”

“Our phones have been ringing off the hook from others that maybe potentially were doing their own property management and now want to outsource that to credible service providers like Colliers, and we're responding to those requests for proposals,” Hennick said. "So we're seeing business pick up."

CORRECTION, MAY 12, 1:45 P.M. ET: A previous version of this story incorrectly stated that CBRE saw a decline in sales transaction revenue during the first quarter. Sales revenue increased by 3% in the U.S. The story has been updated.