Yesterday at Bisnow's NYC Property Management Summit, we learned Rudin is negotiating a full-building lease for its 300k SF 110 Wall St, and it will be a net lease. The tenant has been widely reported to be WeWork, and that would make 110 Wall the coworking phenom firmâ€™s only full building in NYC. 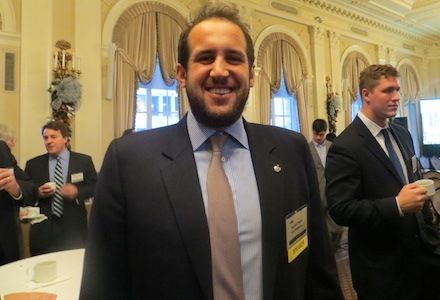 Rudin Management's Michael Rudin mentioned that bit of net-lease news in front of 130 at our event at The Yale Club and says the lease also will mandate that Rudin move mechanical systems to the second and third floors. (Circuitboards who like a view are over the moon.) 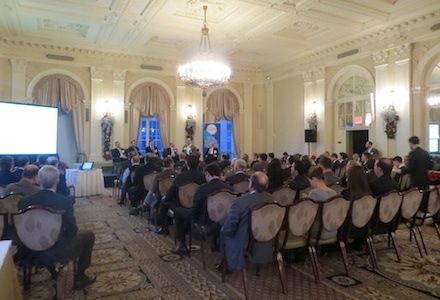 Only two of Rudin's six Downtown buildings suffered major damage during Sandy, Michael says. Five million gallons of water flowed into the basement of the 1.1M SF 80 Pine St, which reopened two months ago with elevated mechanicals, and two million gallons invaded 110 Wall, which Rudin had to shut down. All of Downtown's buildings have replaced their copper wiring with waterproof fiber optics (800 miles of it), he says, and will come back online faster after the next damaging storm. 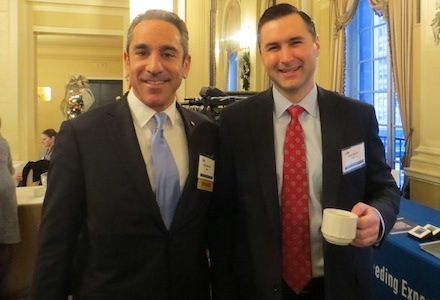 Murray Hill Properties COO David Sturner (whom we snapped with RDM's Blake Grosch) says his company replaced the Sandy-damaged switch gear wires in two West Chelsea properties it manages as a third party. But generally, it's harder to move gear higher in Class-B and C properties, which are MHP's bread and butter. 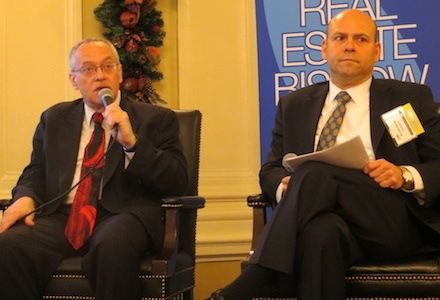 The next windstorm or nor'easter is a big concern for Zurich senior risk engineering consultant Jeff Shearman (with our moderator, CohnReznick's Ron Kaplan). The damaged buildings have been shored up and building envelopes sealed, but Sandy also stressed other properties, and that damage will show itself next time. And next time will indeed come, he says: Just because a building sits in the 500-year flood zone doesn't mean it'll sit pretty for another 499 years. (Next, someone's going to tell us the Hundred Years' War didn't actually last 100 years.) 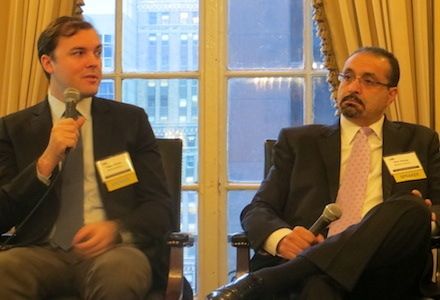 Smaller tenants are driving entire buildings to change, says Honest Buildings CEO Riggs Kubiak (with Monday Properties' Hani Salama), as owners and managers rush to retrofit for tech tenants. Connectivity is the single biggest building quality tech tenants look for, not to mention cell signal. Five or 10 years ago, it wasn't a big deal if you couldn't use your cell in a building, he says. (Back then, before Seamless, you also had to talk to a real person to order lunch—how barbaric). 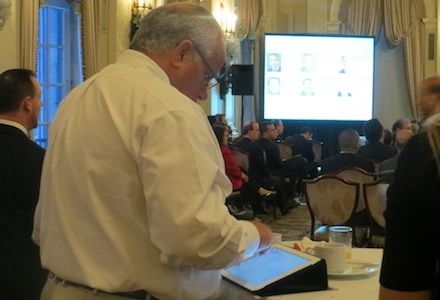 If ever there was proof that we live in a wired world that prioritizes software and connectivity, it's this attendee at our event. 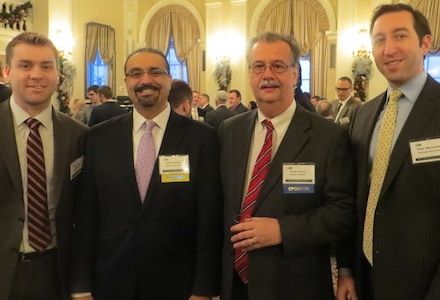 Software that interacts with Building Management Systems is the next phase of efficiency, says Hani (with colleagues Brian Jauntig and Joe Calerici and Alexander Wolfe & Son's Peter Bernstein). Monday Properties saved $3M across its 5M SF NY and DC portfolio over the past two-and-a-half years via sustainability efforts, and Rudin saved $1M at 345 Park Ave this year alone using the Di-BOSS building operating system (just like a computer's operating system) it developed with Finmeccanica and Columbia. Di-BOSS will be in six of Rudin's commercial buildings by the end of the year and the rest of the company's commercial portfolio next year.