Everyone wants a piece of New Jersey’s industrial real estate, but there are precious few opportunities for those who don’t already have a foot in the door. 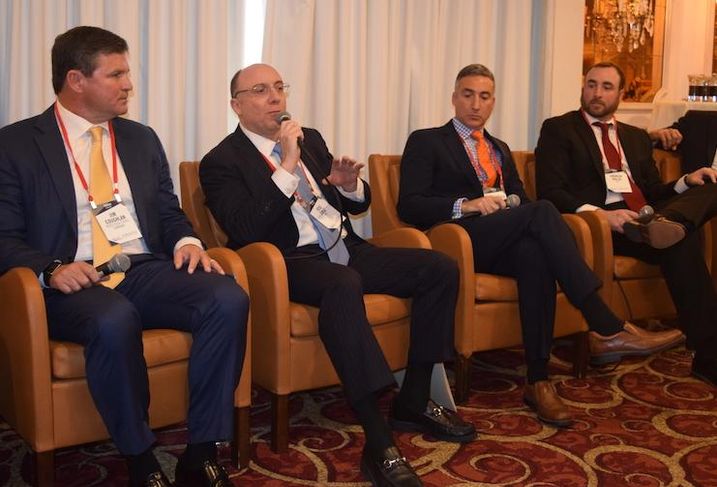 On the national and global level, the industrial market has been subject to a growing number of mergers, acquisitions and large portfolio trades.

Virtually all of them contain at least some properties in New Jersey, but below that lofty part of the market, attaining scale in the region is an arduous process.

“There are a lot of people looking to make their first play in this area, and it’s tough to do it in a single transaction,” JLL Senior Managing Director Jose Cruz said. “So you need a sizable enough portfolio to make it worthwhile … [but] we haven’t seen as many Jersey-centric portfolios in the market as we’d like.”

A small minority of New Jersey’s total industrial square footage changes hands from year to year, due to the high portion of long-term private owners happy to hold their well-performing properties indefinitely, according to CBRE Executive Vice President Brian Fiumara.

With the way rents have been growing, an approaching lease renewal is enough to justify higher yield projections, and the more favorable financing terms they can produce — at least for now.

“If we’re at a point in the cycle where private ownership thinks it’s at a peak and wants to monetize [its assets], you could see some investors that own just a handful of buildings consider selling,” Fiumara said.

Though the trade war with China has directly affected the shipping industry and caused some fears that a recession is on the horizon, the demand drivers for industrial are rooted in the growth of e-commerce and the changing shape of retail.

The perception that the market is undergoing a change not tied to any cycle has drawn institutional investors like pension funds and insurance companies to the sector at previously unheard-of levels.

Without a suitable number of local portfolios to buy, large enough investors are forced to think bigger with their acquisitions. Local or regional players are often using their boots-on-the-ground advantage to find value in doing the opposite.

“You either need to build through one-off aggregation acquisitions, or you need to be a massive player like a Prologis or Blackstone that bought into New Jersey through national portfolios,” Fiumara said. 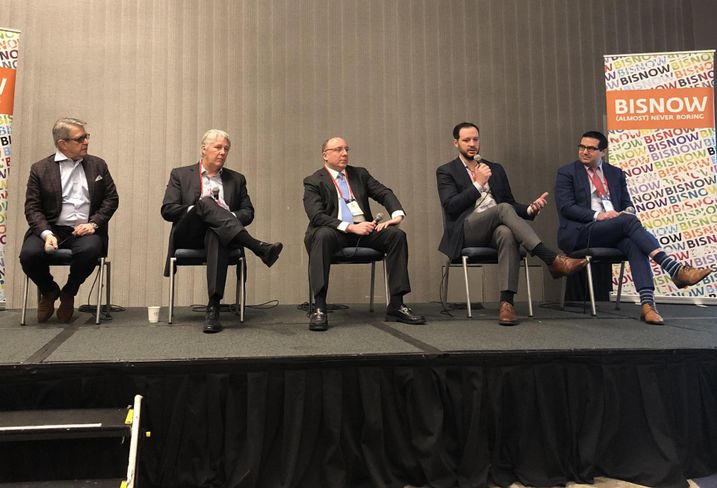 Because the heavy hitters (and the capital sources that finance them) have such confidence in the strength of core industrial markets like Northern New Jersey, they are accepting thinner margins and lower returns as the price of admission.

“Cap rates over the last 12 months on Class-A industrial properties have continued to tighten,” Lincoln Equities Group President Joel Bergstein said. “If we were at 4.75% cap rates last year [in New Jersey], we’re probably closer to 4% this year, and much of that is tied to the fact that most institutional investors are under-allocated in the industrial market.”

With institutional investors fighting over whatever isn't held by legacy owners, cap rates below 5% and the acceptance of lower return for a safer bet, New Jersey industrial is beginning to resemble the Manhattan office market.

"If you buy a fully stabilized core asset that’s been there for a while and it’s low risk, people are willing to take a lower return because it’s irreplaceable," Bergstein said. "It's an industrial equivalent to Park Avenue."

With the Federal Reserve lowering interest rates, larger players with access to friendly lines of financing have another advantage.

"For buyers using leverage, the cost of borrowing might mean that the return is not so different [with lower cap rates],” Bergstein said. “It’s a good assumption that Blackstone is borrowing at a better rate than I can.”

Aside from deals that might not pop up on a giant's radar, local players may need to take on more risk to beat out a Blackstone for a property. That could mean paying more or buying a property at an earlier phase of development when more variables are in play, Bergstein said.

Buyers have to be willing to get creative in order to find their way into the New Jersey market. This month, Colony Industrial bought into a joint venture with long-time regional owner Hampshire Real Estate Cos. on a portfolio of over 30 New Jersey properties, to be the preferred capital partner on any further acquisitions from Hampshire, according to Fiumara, whose CBRE team brokered the deal.

The specifics are hard to duplicate, but indicative of just how desperate some are to land their capital in the market, and the challenges they face.

"The challenge has been finding the product to take to market," Cruz said. "No one wants to sell because of the difficulty in finding new opportunities."