Why New Jersey's Future Is All About The Experience

When it comes to the future of development, New Jersey offers a unique mix of opportunities to refresh old corporate headquarters, historic warehouses and suburban office parks. 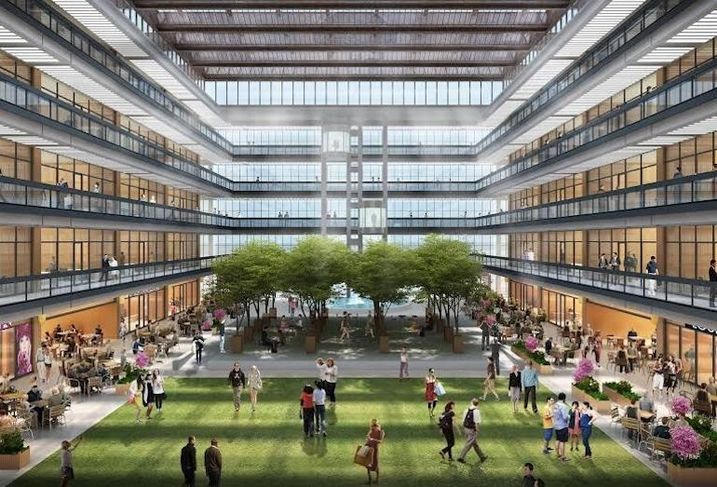 According to Somerset Development President Ralph Zucker, the definition of "metroburb" is still evolving, and to understand it, the industry has to stop talking about the real estate and instead talk about people. The social shift is happening not just in New Jersey, but all over the country — people, even in the suburbs, want an urban vibe and convenience.

"We have been freed from the shackles of our cubicles by technology created in this very space, and we're never going back," he said. "Our work environments have shifted and we are free to move about the cabin, which means the demise of the suburban office park as we know it."

People instead will flock to places like Bell Works that "have gravitational pull" with office, retail, hospitality, residential, health, wellness, fitness and other features that make a place livable, collaborative and inspirational, he said. 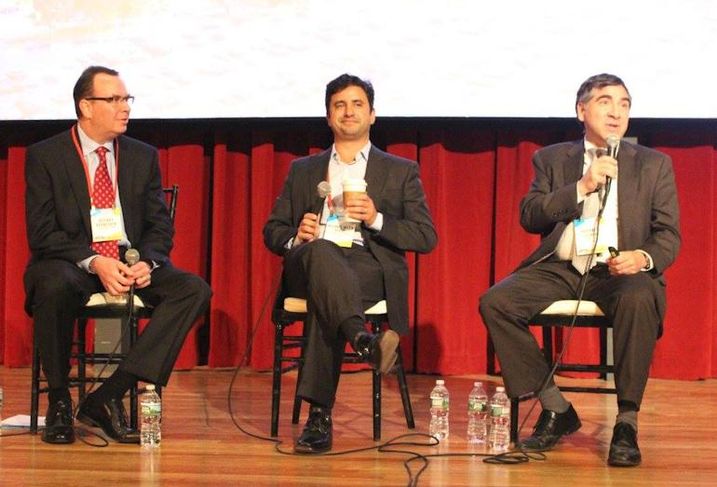 In the metroburbs, developers can do so much holistically with buildings that they cannot do in other places, Mountain Development Corp. President Michael Allen Seeve said.

"As a developer, or someone who is charged with creating specific needs to be met, this is where the opportunity lies," he said. "You have land, you have space, you have zoning and the ability to take things apart and rebuild them. That opportunity doesn't exist anywhere else."

Mountain Development Corp. — behind projects like 56 Livingston Ave. in Roseland, 21 Roszel Road in West Windsor and 41 Spring St. in New Providence — finds it exciting to partner with other developers or tenants who have vision for such projects, marrying great communities with assets that serve the contemporary use of both large and small users, he said. 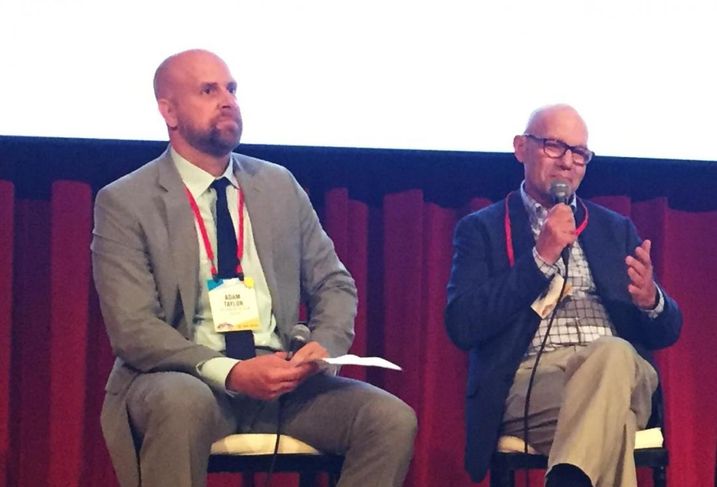 Further north, Hugo Neu Corp. is in the midst of redeveloping Kearny Point, a century-old historic shipyard in South Kearny.

"Our goal as developers is not purely economic," Hugo Neu Chief Financial Officer Steve Nislick said. "One of it is to return jobs to the South Kearny area."

Already seeing results is the redevelopment of a 200K SF building that was unoccupied for 40 years. The building is now 95% leased to 154 tenants comprising 350 employees. (More than half of the tenants are women- and minority-owned businesses.)

Overall, Hugo Neu's goal is to develop upward of 3M SF, he said. Another 200K SF building, under construction, is being developed for food-oriented tenants, while a third building, which will launch construction by the end of the year, will be a 300K SF, repurposed craneway building.

And Edison Properties is a designated redeveloper for a large-scale project in downtown Newark called Mulberry Commons, the centerpiece of which is Mulberry Commons park, a three-acre, city-owned park being developed by the City of Newark in conjunction with the Newark Community Economic Development Corp. There will also be a pedestrian bridge that will ultimately connect the Prudential Center, the park, the redevelopment tracts around the park, Newark Penn Station and the Ironbound District.

"We were looking at a pretty clean slate of development tracts, and we had to decide whether to start with a ground-up development on one of the parcels or this vacant warehouse developed by the Newark Warehouse Co. in 1907," Edison Executive Vice President Michael Sommer said.

Edison Properties ultimately decided on redeveloping the 300K SF warehouse into the mixed-use Ironside Newark for a number of reasons, he said. Pedestrians coming from the north on foot encounter the warehouse when walking from Penn Station. Leaving a vacant building or demolishing the warehouse to create another development tract was not the right strategy. The structural capacity was incredible and offered character newer buildings would not be able to offer, he said. 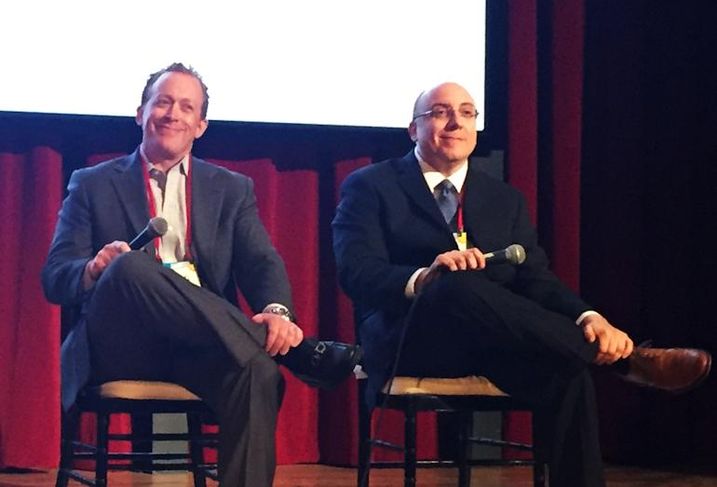 What struck HFF Senior Managing Director Jose Cruz about these projects was the type of tenants showing interest in the properties, particularly more traditional ones, like law firms.

However, user demands are changing, he said, even on the capital side in which he works. Diversity, like the 100 SF to 10K-plus SF footprints Hugo Neu is able to offer tenants at Kearny Point, will continue to drive such redevelopment activity.

"Respositionings are absolutely in higher demand than core-type deals," he said, giving the example of a multifamily building that had money poured into it and was re-leased versus a traditional Class-A suburban property.

Cruz said he cannot think of a product type in New Jersey where the industry does not see some type of repositioning activity. While it has traditionally been happening in the office, industrial and multifamily sectors, he expects to see more from the retail side, given the negative news plaguing the sector. 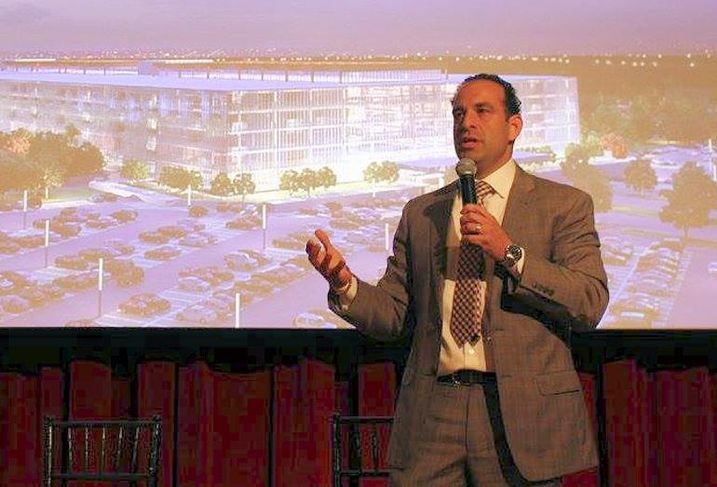 Two ingredients for successful redevelopment is one, having a seasoned redeveloper who can get it done and have the bandwidth to make it happen, and two, having progressive and visionary leadership within the city that encourages redevelopment, said Newark CEDC Chief Real Estate Officer Carmelo Garcia, who spoke of the $2.5B in redevelopment happening in Newark today.

"We focus heavily on taking a lot of the industrial properties and making sure we're providing something that is sexy, cool and gives an experience — new urbanism is all about the experience," he said. "We say 'live, learn, work and play,' and that's what we want to provide to all residents and employees in our city. It's working, and the formula can be duplicated."

To duplicate the model, city leaders must have implementation, foresight and the ability to welcome redevelopers, from a municipal perspective, who want to invest in making a real difference within the city.

"We love to know we can compete with other cities," he said. "Newark is on the grand stage and taking advantage of its richness, soul and opportunities that exist. These are historic times, and we are leading the charge when it comes to urbanization."