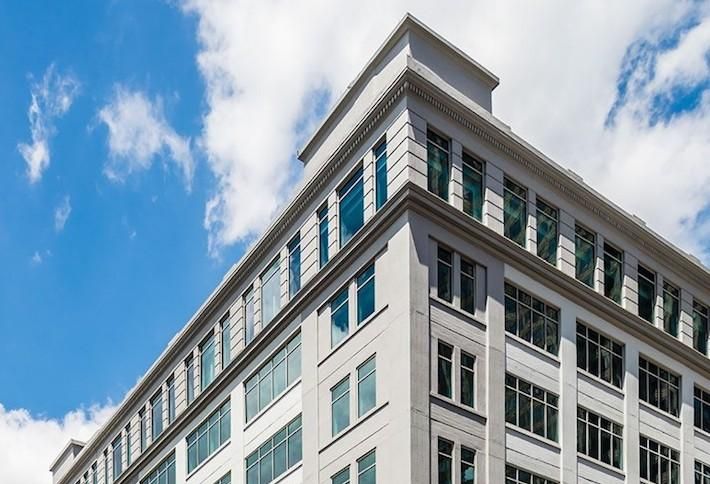 Thor Equities is picking up another property in New Jersey as part of its plan to expand its newly established life sciences platform.

The company is under contract to buy 95 Greene St. in Jersey City for $94.5M, Bisnow has learned.

SJP Properties owns the 340K SF building, which Thor said it plans to reposition to lease to life science, pharmaceutical, green tech, agriculture tech, healthcare or medical tenants. The property has been known as the Liberty Innovation Centre since December 2018, and was reportedly built out to suit life sciences and biotech tenants.

“New Jersey is one of the best research markets in the country,” Thor Equities Chairman Joe Sitt said in a statement. He added the acquisition provides “an opportunity to simultaneously build our Life Science platform and meet the demand for laboratory and research and development space.”

Thor Chief Operating Officer Melissa Gliatta said the firm is "thrilled" to add the building to the platform and is looking “forward to expanding our presence in markets around the globe.”

Thor, a major investor in retail, in recent years has been backing away from that line of business. It sold off Burlington Arcade in London in 2018 and 693 Fifth Ave. in Manhattan for $525M in 2016. It also defaulted on a $37M loan on a property at 115 Mercer St. last year and was reportedly evicted from its ground lease at 545 Madison Ave. in October.

Last year, it announced it was launching a life sciences platform, kicking off the new division with a $152M purchase of The Center of Excellence, a 784K SF campus in Bridgewater, New Jersey.

A few weeks later, it announced the start of ThorLogis, a division specializing in logistics. At the time the company said it would spend $900M on buying and developing logistics facilities. It is planning to turn a property Thor owns in Red Hook, once slated to be offices, into a logistics facility. That will now be a 700K SF warehouse, set for completion next year.