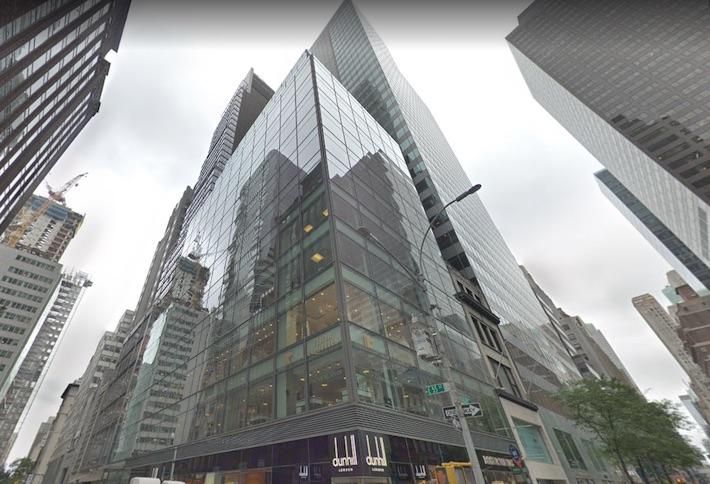 The owner of the land underneath one of the Manhattan properties Thor Equities controls is moving to evict the firm over unpaid ground rent.

Marx Realty owns the land underneath 545 Madison Ave., a 140K SF office building. Six years ago, Thor paid $53M to buy the ground lease there, Crain’s New York Business reports. But Marx has now sued to evict Thor because it has fallen behind in its rent.

Marx claimed in a New York City Civil Court complaint that Thor did not pay $555K in ground rent that was due July 1. Marx also alleges Thor owes more than $1.6M in taxes for the building, which the company had agreed to pay as part of the lease arrangement.

In May, Thor was facing “severe cash flow issues” at the property, and its $30M commercial-backed mortgage security loan on the property was sent to special servicing.

A source told Commercial Observer at the time that Thor does not control the property because it sold a 98% stake to a high net worth international investor who had invested through a trust, though the publication could not verify that information with any other source. Friday, a source with knowledge of the property reiterated that claim to Bisnow.

In April, Thor defaulted on a $37M loan on its property at 115 Mercer St. Thor has been selling assets, but still owns about $5B worth of Manhattan properties. Once a prolific retail owner, Thor has announced new directions for the company in recent weeks.

In August, it launched Thor Sciences, kicking off the division with the $152M purchase of The Center of Excellence, a 784K SF campus in New Jersey. It has also has created ThorLogis, a division that will specialize in logistics. It said it will spend $900M on buying and developing logistics facilities with the new venture.

Thor and Marx Realty were not immediately available for comment.