While coastal cities are combating a triple whammy of rising sea levels, storm surges and flood risks, flooding is occurring in areas farther inland away from major bodies of water. 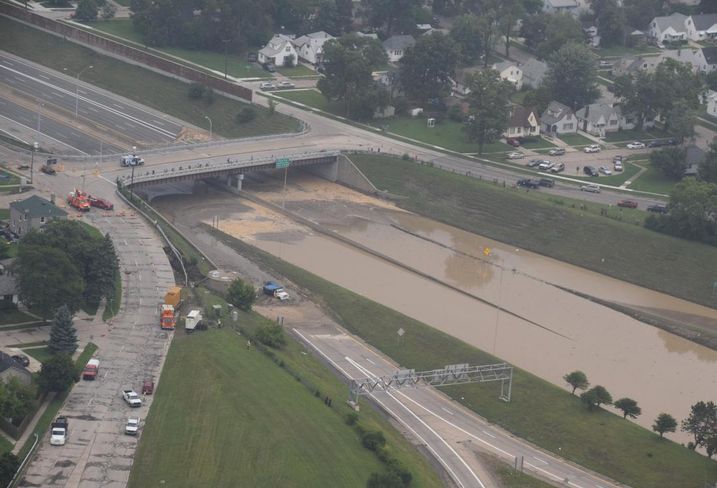 Though major storms last year were concentrated along the coast in Houston, Florida and California, the Midwest experienced six severe weather events in 2017, including flooding in Missouri.

“Even in areas that don't have major rivers, depending on the topography, the level of rainfall and severity of rainfall, you can get extreme flooding almost anywhere,” ULI Executive Director for the Center of Sustainability and Economic Performance Billy Grayson said.

The Midwest has always had issues with flooding, but the frequency and severity of these events have been amplified by climate change, increased development that has led to more impermeable surfaces and aging stormwater infrastructure.

These combined factors are creating increased flood risk not only in flood-prone areas but also in areas that did not previously flood, according to Grayson.

Scientists and academics warn that if flood risks are not addressed, it will only be a matter of time before the Midwest endures another mega-flood like it did in 1993, when one of the worst floods on record struck Missouri and upper Mississippi. The flood caused $20B worth of damage to 100,000 commercial and residential properties.

In the last century, rainfall increased by as much as 20% in some areas, according to the most recent National Climate Assessment.

Take the massive storm that hit Detroit in August 2014, for example. Four to six inches of rainfall fell for four hours in the city, overwhelming the sewer system, flooding roads and damaging a combined 75,000 homes and commercial buildings. The city’s infrastructure was unable to contain the rainfall, leading to 10 billion gallons of sewage overflow and flooding across freeways and streets that caused $1B worth of damage.

Cedar Rapids, Iowa, once considered a city that would never flood, was hit by a major flood in 2008 that destroyed much of downtown, damaging 4,000 structures — 80% of which were government offices — and displacing 25,000 people. After a drought in 2013, torrential rainfall resulted in a $1B flood in Illinois.

While cities like Cedar Rapids are working on building flood control systems, much of the flood mitigation efforts in the Midwest rely on updating citywide stormwater infrastructure, which is reaching the end of its 150-year life span, Grayson said.

Fighting Against Flooding With Resilient Buildings

Existing water infrastructure cannot handle heavy rainfall and is forcing cities to find cost-effective solutions, but none of these solutions are quick or easy to implement. Some of these solutions include partnering with local real estate owners to incentivize more green building that can absorb more rainwater, according to Grayson.

“It’s a city problem, but the real estate development community can create a meaningful role to develop solutions,” Grayson said. 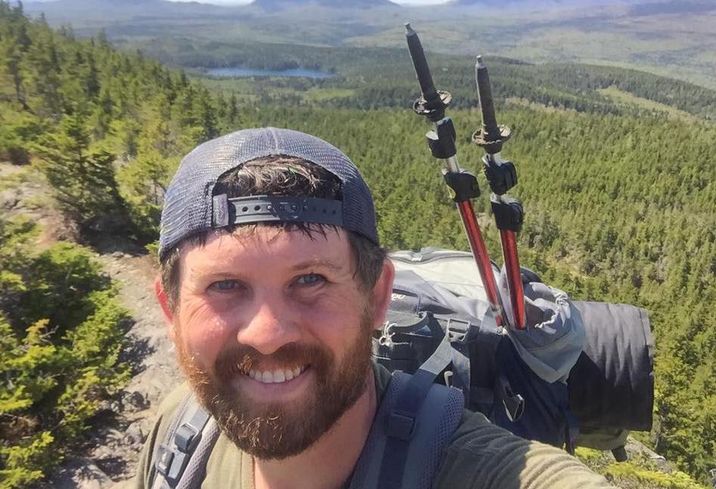 Cities around the country, such as Detroit, Philadelphia and Washington, D.C., have increased sewage fees, which is incentivizing some building owners to take a closer look at water conservation to reduce costs. Some cities are providing $2/SF in stormwater credits to developers that incorporate pervious surfaces, Grayson said.

“Real estate is more valuable than it used to be,” Grayson said. “That’s why a lot of these cities are trying to find ways to incentivize rainwater harvesting, bioswale and other ways to capture water.”

Due to increased drainage fees implemented by the Detroit Water & Sewer Department, a Midtown Detroit Inc. project at 6568 Woodward will incorporate ways to reduce drainage fees and recycle water within the 30K SF mixed-use building. The redevelopment will include rainwater storage, as well as a grey water system for irrigation and the toilet system will allow about 600 gallons of water to be reused each week, according to a ULI report.

The nonprofit developer also is installing a green roof and building an automation system, which will control and monitor the building’s various systems to increase water and energy efficiency.

Cities Have to Step Up, Too

If cities do not act now to mitigate natural disaster risks, they could be at risk of losing funding in the future. A recent Moody’s report warned if cities are not proactive in addressing natural disasters, they could receive a downgraded bond rating. Grayson said this could trigger a series of negative events, putting cities in a difficult position financially to be able to address very costly stormwater infrastructure improvements.

Chicago has been among the most active to push for improvements. Even though it is considered one of the greenest cities in the country, its infrastructure has been in dire straits for so long that its green infrastructure still has a long way to go to meet the need, Grayson said.

The city is in the process of implementing its $3.6B Tunnel and Reservoir Plan, which was adopted in 1972, to prevent raw sewage pollution and improve flood controls and water quality in local waterways. The system will use deep underground tunnels to divert water and sewage to treatment plants and then later to reservoirs instead of directly into local rivers and lakes. The system is expected to have a capacity of over 41 billion gallons of water and three reservoirs are expected to be completed in 2029.

Illinois has one of the country’s highest price tags for repairing and maintaining its water infrastructure with $19B in drinking water needs and $17.5B in wastewater needs over the next 20 years, according to a report from ULI. 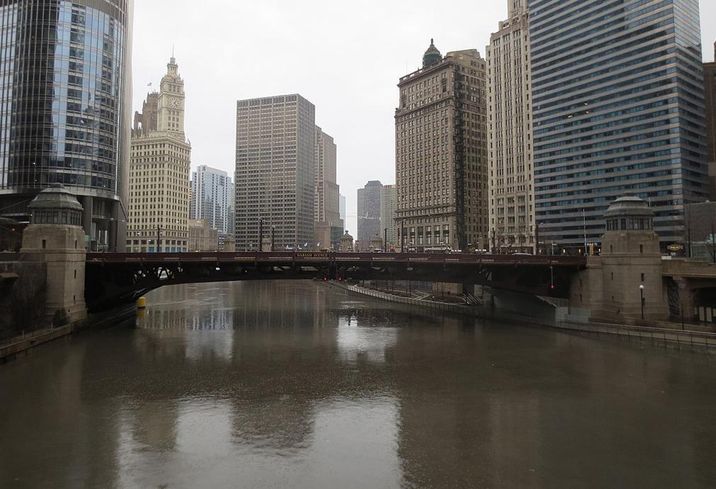 Without mitigating storm runoff, the Midwest has a lot to lose. Celeste Hammond, a professor of law and director of the Center for Real Estate Law at The John Marshall Law School, said the Midwest is expected to experience a renaissance in the next 50 years.

As many as 13 million Americans could move inland if scientific estimates of a six-foot rise in sea levels by 2100 prove true, according to the Huffington Post. Chicago would gain up to 100,000 people by the end of the century based on these estimates.

Development is ramping up throughout the Midwest. In 2018, the Midwest will have the second-highest growth in construction that is estimated to increase 4% due to growth in public buildings and single-family buildings, according to a report from Oldcastle Business Intelligence. Milwaukee, Cleveland, Indianapolis and Detroit are all expanding real estate development to accommodate employment growth.

Many cities have been walling off rivers with dams, locks, dikes and levees despite warnings of potential flood risks and allowing development in former agricultural lands once designated as flood plains, according to The Economist.

“Investors will need to know more about the specifics of a particular area where they are thinking of building or buying land,” Hammond said.

Despite the heavy cost burden of improving stormwater systems and the growing flood risk in the Midwest, Grayson said there is still hope for the future.

“We’re a creative species. We don’t want to die out,” Grayson said. “We want to save our buildings.”