Student housing is long past being a niche market in commercial real estate, and at this late stage in the cycle, it may become even more central.

Even as challenges mount in both development and investment, student housing continues to get built in many forms across the country and is increasingly viewed as a safe place for capital when the economy takes a turn for the worse, according to panelists at Bisnow’s National Student Housing Conference at the Westin Philadelphia on June 5.

Because of the relatively inelastic demand, the sector is now a popular target for institutional investors like pension and sovereign wealth funds, Landmark Properties CEO Wesley Rogers said. The right kinds of student housing can now be considered defensive investments, according to Rogers.

“Our investors are typically expecting lower returns, with the sovereign wealth funds targeting initial rates of return in the single digits,” Rogers said. “And they prefer the high-rise deals in markets they consider to be fortresses.”

Such entities have deep reserves of capital and a low appetite for risk, and as such have traditionally been associated with long-term investments in the most desirable buildings in the largest markets. Student housing is now a real part of that conversation, right along with legacy hotels and trophy office buildings.

“I’m not sure revenue growth warrants where cap rates and values are today, because foreign capital is chasing deals and perhaps overlooking some of the missed revenue projections,” Thompson said. “[Student housing] is generating interest irrespective of the fundamentals in the space.”

Thompson and other panelists agreed that cap rate compression has room to intensify in the near future due to continued economic growth and the vast amount of capital still waiting to be deployed. Perhaps because of its relative newness, student housing still has better growth projections than nearly all other asset classes that would draw institutional interest, Thompson said.

“Wherever you think cap rates are across the U.S., the yields that student housing is generating are better than for other assets,” Thompson said. “And that’s why there’s room for cap rates to shrink, because you’re still better off investing in student housing here than office in Germany. We can argue about where the rates are, but they’re still better than the alternative.”

Though many institutional investors want to acquire stabilized assets for minimal risk, CA Ventures and Landmark both have deals in place with such funds to partner on new developments — a crucial asset, considering how construction prices have exploded recently.

“We’ve definitely seen a significant shift in the last year or two years for construction costs and land costs,” Rogers said. “So we’re having more trouble making urban infill deals pencil ... But what projects we have done there, the deal size is growing because they’re in major metropolitan areas with rents needed to justify the cost of construction.”

The rising cost of materials like steel is one of the biggest factors in driving construction prices up, which puts developers in a bind. In order to entice the biggest investors, they need to pick projects that are pricier to build even on a per-SF basis. Advancements in building technology surrounding the use of lumber have some optimistic about a workaround.

“There’s going to be one significant change in construction,” Pierce Education Properties CEO Fred Pierce said. “Fifteen years ago, you didn’t see a [concrete] podium construction with five wood floors above it, and now that has swept the nation. Once high-rises become wood structures and they’ve been done enough for contractors to get familiar with it, it may make more urban mid-rise stuff comparatively more affordable.”

The comfort level of contractors is a sticking point at the moment, Rogers said. The podium-and-wood projects Landmark has built have given it the most problems, from delays to cost overruns, due to the difficulty in finding reliable subcontractors and keeping them around for the length of a construction job.

Delayed construction has always been a bigger deal in student housing than many other parts of commercial real estate due to school year schedules. If one project is delivered late, it can materially affect pre-leasing for the next one.

“The perception of a new development, even if we believe it’s on schedule, from a 19- or 20-year-old college student is that it won’t be ready," Peak Campus President of Development Jeff Githens said. "And we believe that’s more prevalent than it used to be.”

Even as other challenges continue to mount, like the struggle to keep retail spaces occupied, student housing appears to be the safe bet that institutional investors make it out to be, at least in prime markets and around large universities. The stable demand suits such investors that are looking to protect their capital over a longer horizon to outlast a potential recession.

“Maybe as opposed to some private equity sources that are more opportunistic, we look at things with more of a 10-year lens than a three-year lens, which allows us to deal with some of the cracks that may appear,” Thompson said. 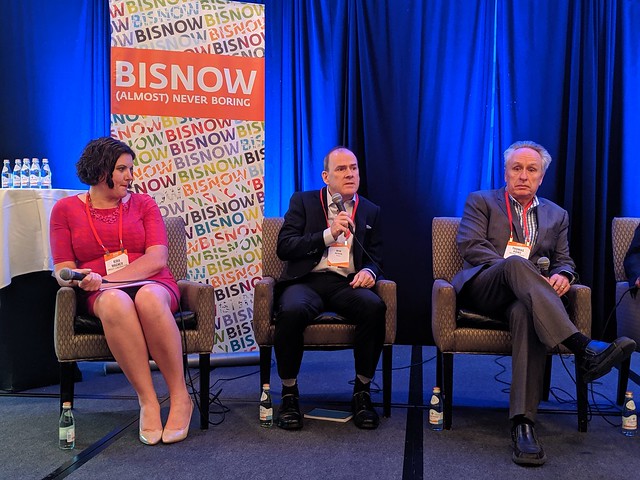