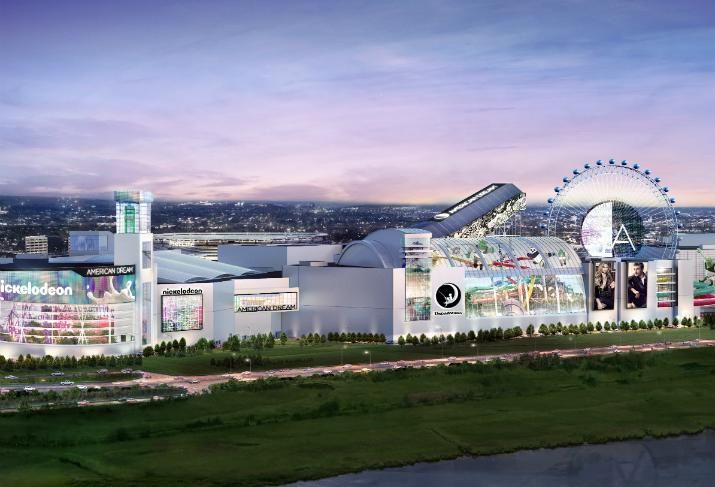 A mega-mall developer is putting its past successes on the line to bet on its latest big gamble.

The terms of the construction loan for American Dream were discovered in an audit by Mall of America's host town of Bloomington, Minnesota, as Triple Five seeks permits to add a $250M indoor water park, CoStar reports. Even through decades of shifts in the way people shop and spend money, Mall of America and the West Edmonton Mall have remained strong performers due to their early adoption of entertainment uses and their status as tourist attractions.

Over 16 years after construction began, the American Dream is poised to open this fall as an even more entertainment-heavy center than its predecessors. It will also be deeply integrated with Coca-Cola thanks to a unique brand partnership.

Triple Five still plans to surpass Mall of America with its next project, American Dream Miami in Dade County, Florida. As with the New Jersey version, plans have been in the works for years without any construction, which can't even start without supporting infrastructure work on the surrounding highways. Completion isn't expected until the late 2020s at the earliest.

Through several lawsuits and long periods of inactivity, the mall, which was originally set to be named Xanadu, has become a magnet for local criticism. If it fails and Triple Five defaults on its massive loan, two financial giants will become major partners in properties that are crucial economic drivers for their relatively small surrounding communities.

Representatives from Bloomington expressed confidence that even if Triple Five defaults, Goldman Sachs and JPMorgan would still be invested in and capable of continued success at Mall of America, CoStar reports.