Despite efforts to prop it up and tentatively reopened local economies, the restaurant industry is suffering a historic contraction. Even if the health crisis ebbs in the coming months, experts say the closure of restaurants will not, putting a huge chunk of empty space on the market. 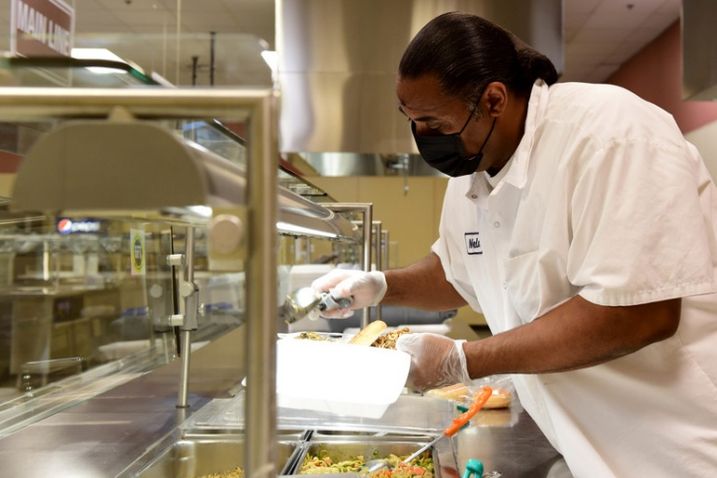 Of U.S. restaurants that were open on March 1, nearly 24,000 have since closed, according to a survey published by Yelp in late June, with over half (53%) of that total closing permanently. That is a higher percentage of permanent closures than other kinds of retail (35%), beauty shops (24%) or gyms (26%). Currently, restaurants occupy about 43M SF of shopping center space, according to CBRE, up 18% since 2007. The entirety of restaurant space is even larger, since that estimate doesn't include free-standing restaurants.

With the upheaval in the industry in mind, buyers are already on the lookout for restaurant space, according to restaurant consultant Paul Ficalora. Some of those buyers are betting on the time when the restaurant business is on a better footing.

"Right now there are buyers shopping for restaurant opportunities for little or no key money," he said.

"The location, condition and rent will be the deciding factors," Ficalora said. "Every restaurateur has a vision of what concept or cuisine is right for a location, and in my experience, rarely do concepts or cuisines stay the same from one restaurateur to another, unless the concept has a thriving business."

Restaurants have been trying to compensate for the lack of in-store dining via takeout and delivery and other unusual strategies, such as take-home meal kits. Even so, restaurants typically run on thin margins, Yelp notes, with little wiggle room when it comes to a sudden loss of business.

“Everyone seems to have changed their spending to at least some degree due to COVID-19, and some consumers have changed in a big way," Jungle Scout CEO Greg Mercer said. "They might be buying more groceries because they’re not eating at restaurants, or buying less clothing. But overall spending is down.

Other estimates put the number of restaurants in danger even higher, especially among independent eateries. A June report by economic consulting firm Compass Lexecon estimated that 85% of U.S. independent restaurants, defined as eateries that are privately owned with fewer than 20 locations, are at risk of closing permanently by the end of 2020.

Such a number would be a massive increase since, by some estimates, there are more than 489,000 independent restaurants nationwide (counting, in that case, companies with fewer than 10 units). Anecdotal evidence suggests that stand-alone restaurants are taking a beating. Some of the country's oldest restaurants, fixtures of their particular cities or towns, are also succumbing to pandemic-caused permanent closures.

Some of the most recent closures of storied independents include pancake and breakfast specialist Louis' Restaurant in San Francisco, open since 1973; Jules Maes Saloon in Seattle, open since the late 19th century; and Santa Fe Basque, open in Downtown Reno, Nevada, since 1949.

Restaurant employment has likewise taken a severe hit, though some workers have been returning to their jobs this summer. In March, the food and drinking places industry employed more than 11.6 million workers, a total that collapsed to around 6.2 million in April, according to the Bureau of Labor Statistics.

By June, the employment total had bounced back to more than 9.1 million as a number of states took steps to further reopen their economies. But that figure was calculated by the Bureau of Labor Statistics before the recent surge in COVID-19 cases that have made some states (notably California) re-close or otherwise restrict restaurant and bar openings, or think about doing so (such as in New York).

A loss of restaurant jobs would hurt younger and minority workers particularly hard. Over one-third of all workers in the industry, or 38.9%, are aged 16 to 24, according to the Compass Lexecon report. Also, 60% of chefs are minorities, who also make up over half of certain other restaurant-job categories, including busers, prep-cooks, dishwashers and kitchen porters.

"We're going to see a deluge of restaurant space coming onto the market in the next six months," Chicago-based Frontline Real Estate principal Josh Joseph said, adding that there's no data yet on how much space that might be. "Even when there is a vaccine available, the economic fallout will affect what consumers are going to spend on restaurants. It isn't just a matter of restaurants being closed for a while."

Retail software specialist Jungle Scout recently surveyed about 1,000 U.S. consumers and found that 56% are worried about their financial situation, while 52% said they were decreasing their optional spending, including such items as restaurant meals. It is possible that Congress will act in the near future to further buoy the industry, but any such intervention is uncertain at best.

In June, the Real Economic Support that Acknowledges Unique Restaurant Assistance Needed to Survive (RESTAURANTS) Act of 2020 was introduced in the U.S. House of Representatives. It would create a $120B grant program for the relief of the industry. Though strongly supported by lobbying groups like the National Restaurant Association, there has been no movement on the bill as yet.

In some cases, restaurant owners aren't waiting for official action, banding together in informal and formal organizations to help get through these days, as many small-business owners are doing.

In Boston, for example, a group of restaurant owners has formed the Boston Black Hospitality Coalition, whose goal is to support the city’s Black-owned restaurants during the pandemic. The group has helped obtain grants for closed or underperforming restaurants and pushed for higher visibility for these restaurants on social media. 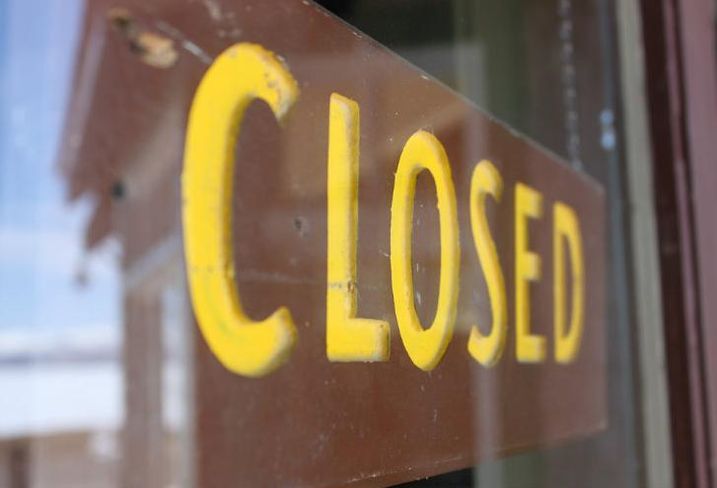 Such efforts may or may not be enough as government assistance winds down. There has been some delay in the permanent closure of restaurants as government intervention, especially the PPP, and forbearance from landlords, have kept some restaurants afloat in recent months, Joseph said. Those are likely to fade in the coming months, however.

"Also, people won't be comfortable going into restaurants for a while, not like they used to," Joseph said. Some restaurants are shutting down because despite being allowed to serve customers indoors, many customers aren't willing to risk it yet.

"There will be a flight to quick-service restaurants, and away from sit-down dining space, and the small operations, those with one or a handful of restaurants, will be tough to revive," Joseph said.

Many of the spaces will not be restaurants again, though their exact uses is difficult to predict, depending on the course of the pandemic and its long-term impact on the economy, experts say. Vacant or soon-to-be-vacant restaurants in Niles, Illinois, will likely be redeveloped as fast-casual restaurants or a variety of other commercial uses, Niles Economic Development Director John Melaniphy III said.

More recently, medical and recreational cannabis facilities have taken over vacant retail and restaurant sites, he noted, with cannabis retailers requiring significant security requirements that free-standing restaurant sites can provide. Quick-service restaurants are still looking for opportunities, so they will probably occupy some of the available spaces, Joseph said. Other possibilities are medical office users, traditional doctors' offices, dentists and physical therapists.

"While it will take time for the current realities of the restaurant market to begin impacting ground-up development, it's clear that we'll see an acceleration of the trend of well-located existing space being converted for medical use," Atkins Cos. Vice President and Director of Acquisitions Cory Atkins said.

In the short term, Atkins said, many retail landlords will take a second look at healthcare tenants to occupy their existing retail spaces, as they can offer a measure of stability compared to the more volatile retail and restaurant sectors.

"Looking at the longer-term, when developers design new spaces, they'll need to keep adaptability to a wide range of uses in mind," Atkins said. "That includes healthcare, to ensure they are flexible enough to adapt to an uncertain post-COVID-19 landscape."