Real Estate Is Not The Heart Of The Opportunity Zone Program

In the early days after opportunity zones became the law of the land, real estate was considered the only asset clearly defined enough to be a possible investment. Now, the policy’s architects want real estate to take a back seat to operating businesses. 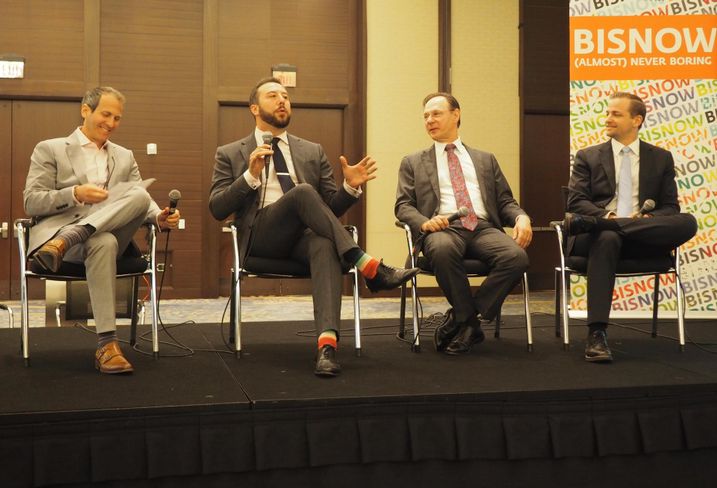 The second round of guidance for opportunity zone investing was released in April, and a large part of it was devoted to both defining and easing the use of capital gains to invest in operating businesses.

Develop CEO Steve Glickman, one of the first architects of the policy, expressed the urgency in getting that facet of the program right and his frustration at the slow progress at Bisnow’s Opportunity Zones Summit in Washington, D.C., last week.

“This program was designed to help stand up to markets, and to put a thumb on the scale of business creation,” Glickman said. “Obviously, real estate jumped in first, because building more housing and development provides the framework for businesses to grow, but there are still questions surrounding the business side, and I think that the IRS and the Treasury Department need to add more clarification.” 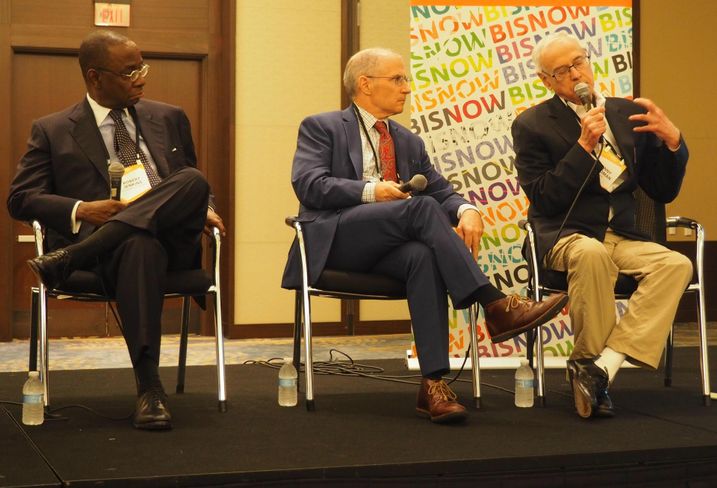 Making sure the new guidance had actionable information for business investing contributed to the two-month delay in releasing it, according to U.S. Treasury Department counselor Daniel Kowalski and White House Office of Domestic Policy special assistant Ben Hobbs.

“We were a little late in getting out the second round, but in the end, it was all good in my view,” Kowalski said. “From the feedback I’m getting, you can do business with what we have right there. More things need to be clarified, but you have a fairly stable framework within which to work.”

Parts of that framework included clarification that an operating business could count an office or production facility’s lease as part of its assets that sit within an opportunity zone. A Qualified Opportunity Zone Business must have at least 70% of its assets located within a designated census tract, Kowalski said. 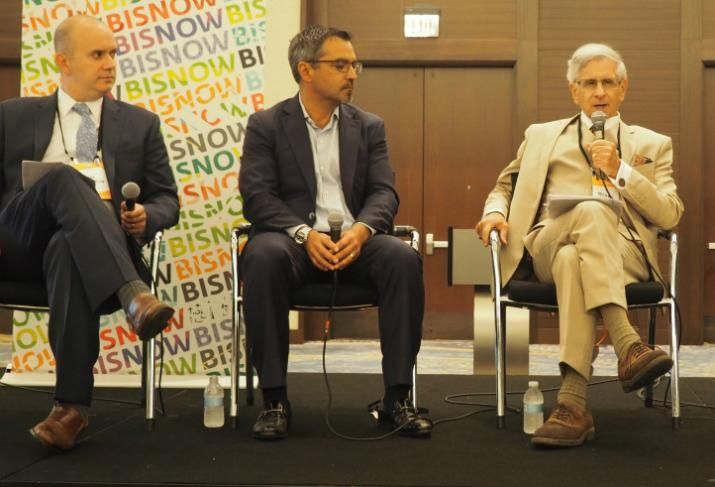 A third and perhaps final set of regulations is still to come, with Hobbs and Kowalski both under the impression that there won’t be as much waiting around this time.

“Changes will not be wholesale at this point,” Kowalski said. “It depends on whether we missed anything really big that is brought up in the comments, but other than that we still need to smooth out certain specifics.” 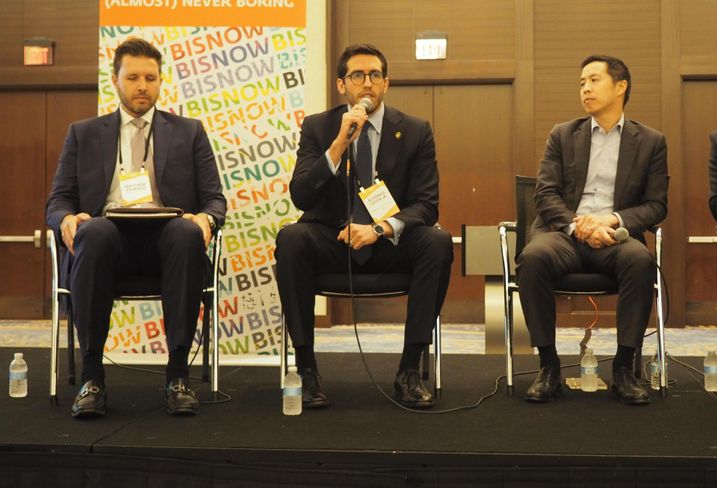 Even with Glickman’s caution, some program advocates are waving the green flag with enthusiasm.

“Don’t listen to your tax attorney, because they’re very smart and will want to do [due diligence],” said Blank Rome Lead Partner Michael Sanders, a tax attorney. “Just go do deals, because if you operate on good faith, you’ll be fine.”

A major reason for the emphasis on operating businesses — at an event held for the commercial real estate industry — is how much each will depend on the other, EJF Capital CEO Manny Friedman said. EJF is a hedge fund, but launched a $500M opportunity zone fund last year and hired former Kettler President Asheel Shah to lead its real estate division.

"Please remember that we’re all dealing with real estate, while the regulations were meant for businesses and jobs, jobs, jobs," Friedman said. "If everyone [just] builds real estate, we’re going to have all kinds of stranded real estate in this country … The corporations have to go to OZs, which they will because the advantages [for them] are unbelievable." 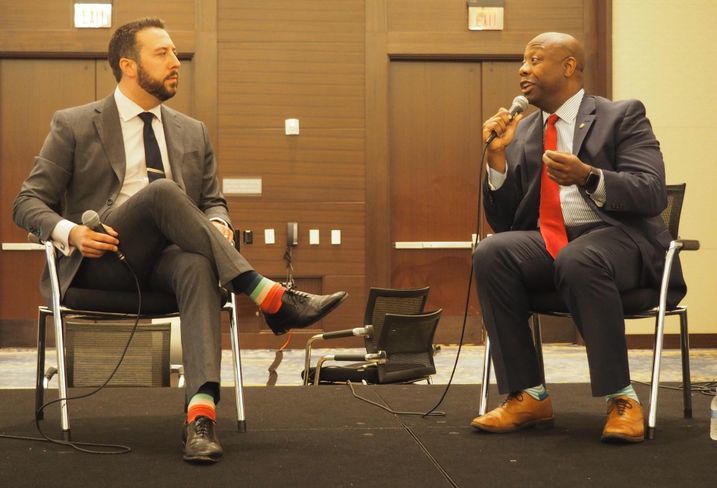 Bisnow/Matthew Rothstein
Develop founder and CEO Steve Glickman and Sen. Tim Scott, who worked together in forming the legislation that became opportunity zones, discuss the program at Bisnow's Opportunity Zones Summit in Washington, D.C., on June 26, 2019.

When a qualified opportunity fund holds onto an investment for more than 10 years, all capital gains that the investment itself produces — say, the increase in value of an ownership stake in an operating business — are exempt from taxes. That, Friedman said, is the element of the program that could "change the face of the country."

“I don’t understand why wheelbarrows of money aren’t lined up at our door every single morning at the office to get into opportunity zones," Friedman said, producing a swell of laughter from the crowd. "They laugh at me now because there’s no wheelbarrows, but when [investors] understand it, the wheelbarrows will come.”

To fill those wheelbarrows with cash and present them to opportunity funds like Friedman's, investors need confidence that the program will remain in place for at least as long as it takes for those gains to be realized. Glickman, Hobbs, Kowalski and Sen. Tim Scott all assured the audience that opportunity zones will take more than a presidential regime change to reverse. 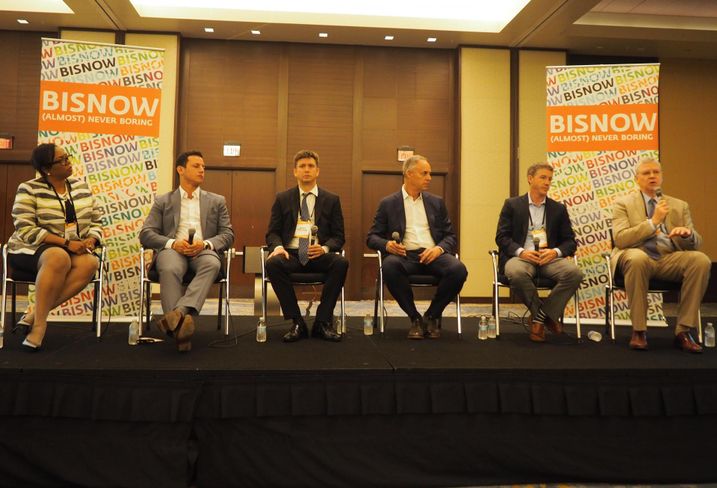 “In the short term, there’s no real political risk. There’s a tremendous amount of bipartisan support for the program," Glickman said. "People want it on the Democratic side, and that’s not to mention the hundreds of mayors organizing around that program, most of whom are Democrats.”

The program's long-term survival may ultimately depend on businesses rather than real estate deals. Any measure of its success will depend on local socioeconomic data, and such data will be used to measure impact on the zones' residents.

“Ten years down the road, will there be enough economic impact to allow this program to continue, or perhaps be made permanent?" Glickman said. "That’s where the issue of data comes in.”

The policy's punishment for failure on that count would be death, according to Scott, one of the bill's original sponsors. 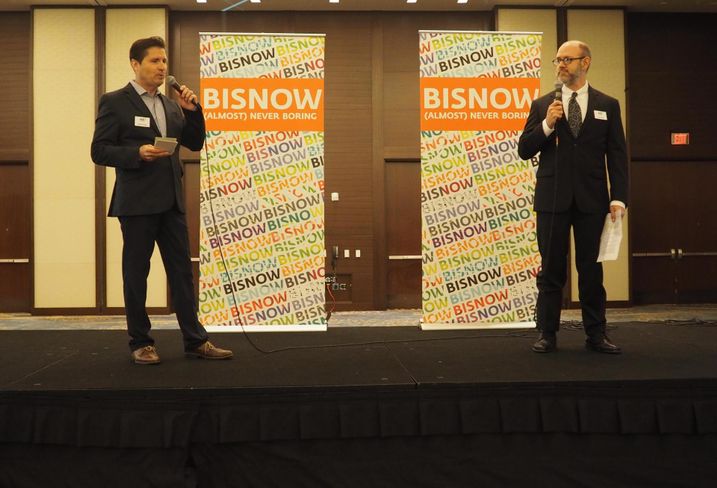 “It at first looked like a real estate deal for private developers to take advantage of distressed areas," Scott said at the event. "And I said that I’d rather cancel the program than have it not help the communities.”

While multiple panelists expect the particulars of data collection and analysis to be a point of contention, it will be hard to ignore "jobs, jobs, jobs," as Friedman put it. If only real estate goes into a neighborhood, the jobs to build that real estate will not be permanent and little about its impact will be measurable beyond how it benefits property owners.