With Labor Day in the rearview mirror, it's safe to say that summer's over. The upcoming weeks will bring us cold winds, heavy sweaters and pumpkin spice lattes (available Sept. 8!). But before we officially say goodbye to summer, let's take a look at where Bisnow's readers spent their vacations.

Begin slideshow
View as one page
1 of 26 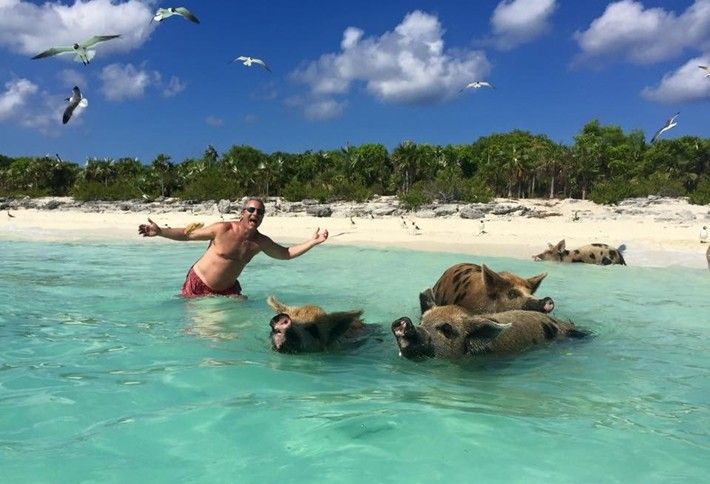 Steve (who has submitted pics to us before) visited Exuma, a Bahamas “out-island” inhabited by wild pigs that greet boaters on arrival. They're apparently super-friendly, and you can swim with and feed them! 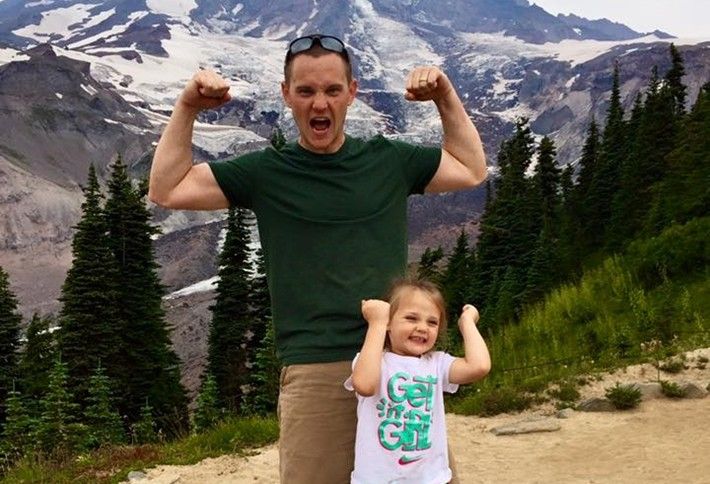 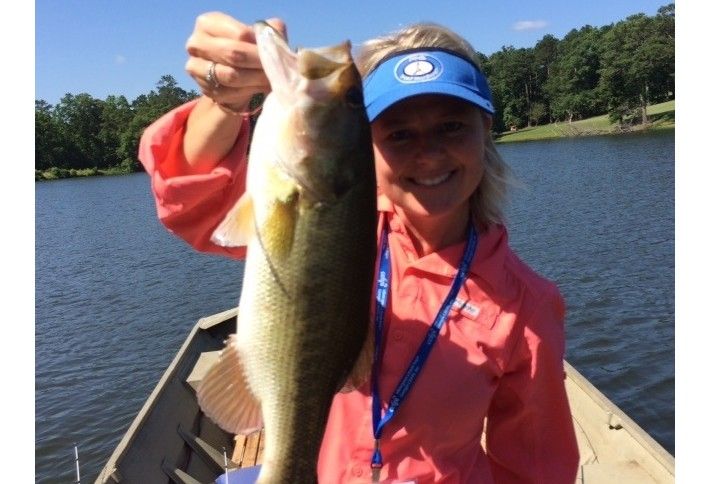 Tara reeled in some large-mouth bass at Callaway, GA. Tara is no stranger to reeling in some impressive fish, catching one of the biggest trout ever seen at Cooper's Creek last year. 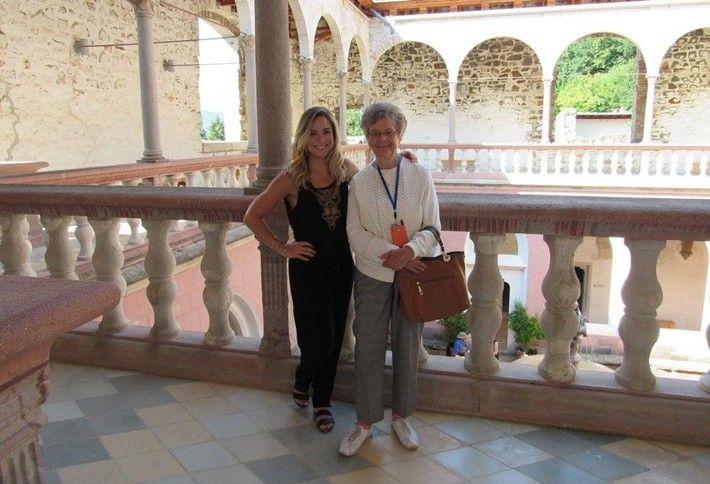 Candice took her grandmother to Budapest in June. This makes their fourth trip to Europe together. 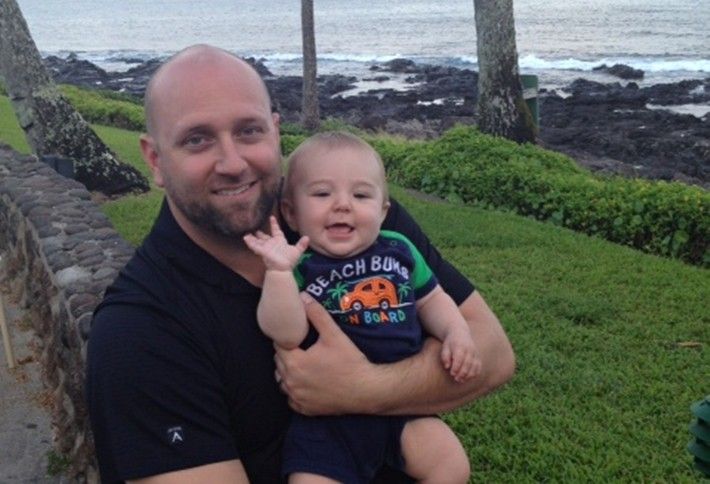 Chris enjoys some tropical breezes at Napili in Maui, HI, with son Jack and wife Angelique (not pictured). 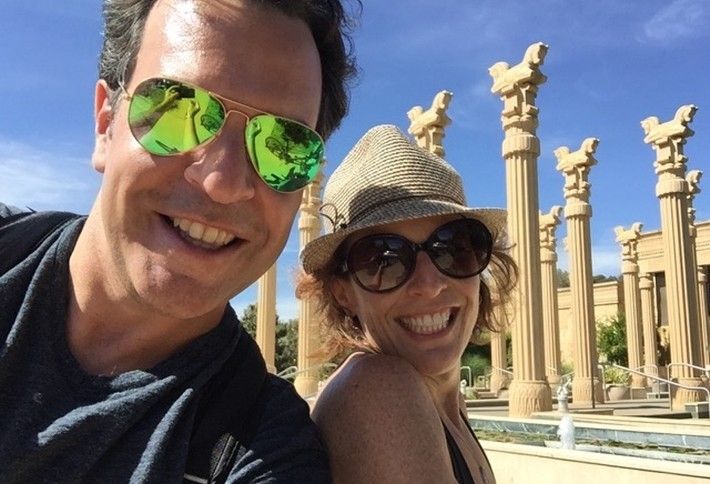 While the kids were away (at camp), Dan and his wife, Amy, went to play in Napa, CA. Taking the trip the day after the Taurus-Modal Group merger announcement, Dan and Amy visited 16 wineries and had incredible food. According to Dan, his favorite wineries were Inglenook, Schweiger, James Cole, Freemark Abbey, Peju, Cakebread and Mark Herold. As for restaurants, Dan would recommend Farmstead, Mustards’ Grill, Dean & DeLuca, and Redd. 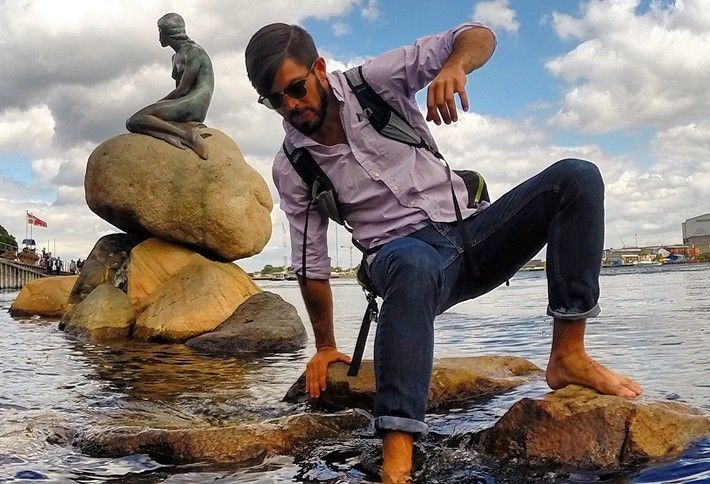 David took a solo backpacking trip from Istanbul to Copenhagen while in between his former job with Cambridge Property Group and his current gig working with commercial properties for Alexandria Economic Development Partnership. In this photo, David was attempting to get a picture closer to the diminutive statue, and what you see is the moment right before he slipped on the mossy rocks and ended up in Copenhagen Harbor. Truly as graceful as the swan... 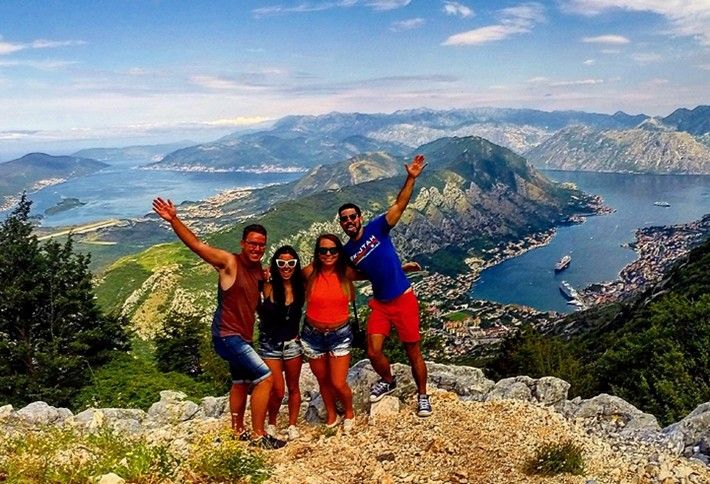 Then in Montenegro, David snapped this pic on a lookout over the Old City of Kotor. The other folks in the picture (two Scots and an Aussie) were the strangers that talked him into jumping into a cab with them to see the sight. They did not mention that it was 27 switchbacks straight up the mountain on a one-lane, two-way road. But we can say for certain that the picture was worth it. 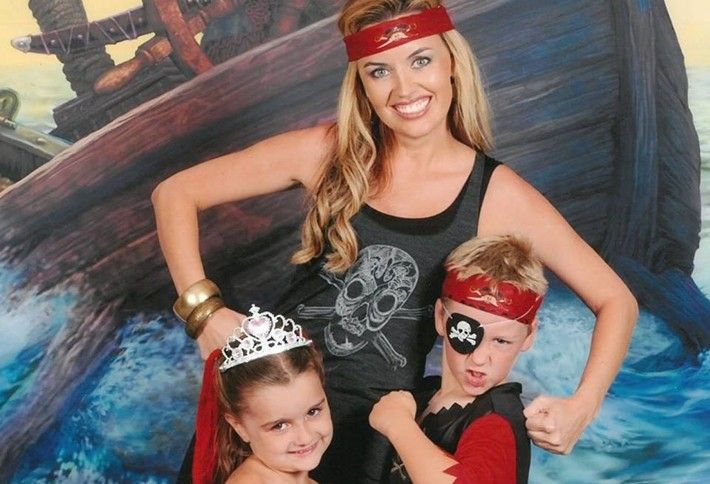 With her children Braxton and Eliza, Emily enjoyed Pirate Night on a Disney cruise in July. She says it is the best vacation to take with young children! 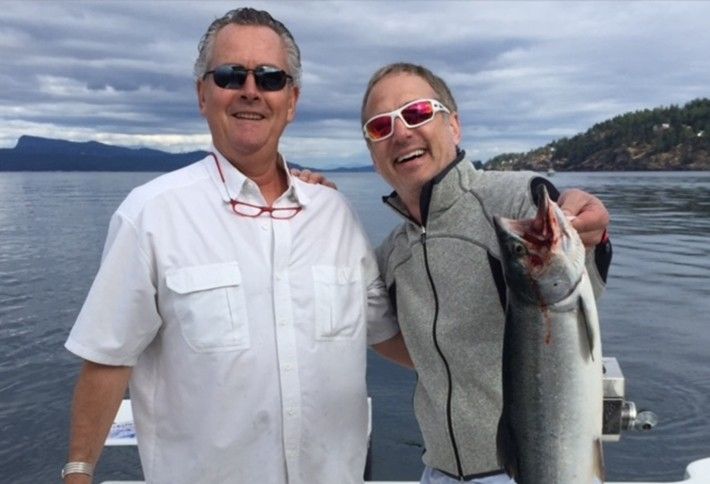 Gary, on the right, caught a five-pound pink salmon off Vancouver Island in July. 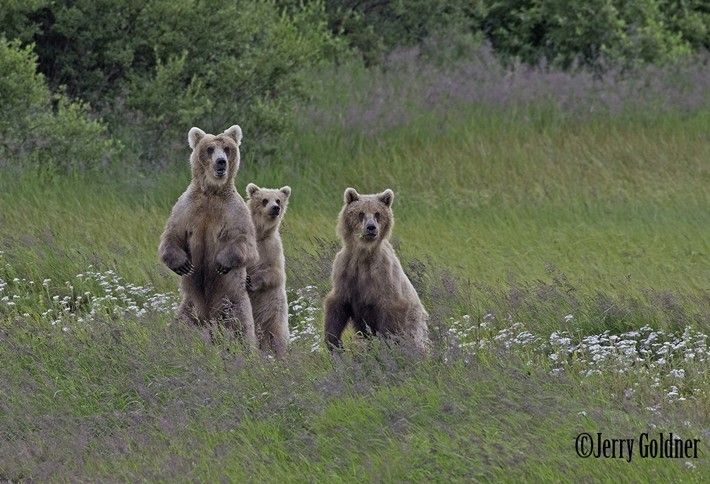 In his free time, Jerry is a wildlife photographer who donates his work to Peggy Notebaert museums and WTTW. He has also donated an exhibit to the Lurie Children's Hospital. So it seemed only natural (pardon the pun) that we share the three photos he sent us from Katmai National Park. The first is the picture of a female bear trying to escape a huge male that wants to mate. Since that means he will kill the cubs—including the larger cub, which the female adopted—they are understandably terrified. 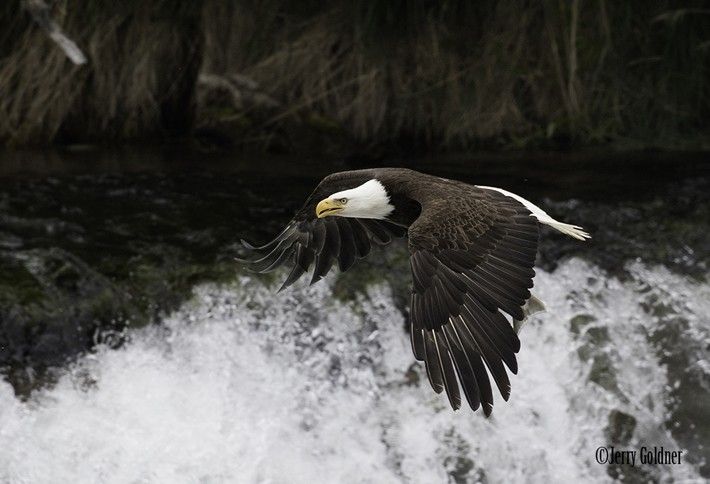 Jerry took a picture of a bald eagle so majestic and patriotic Uncle Sam himself would shed a tear. 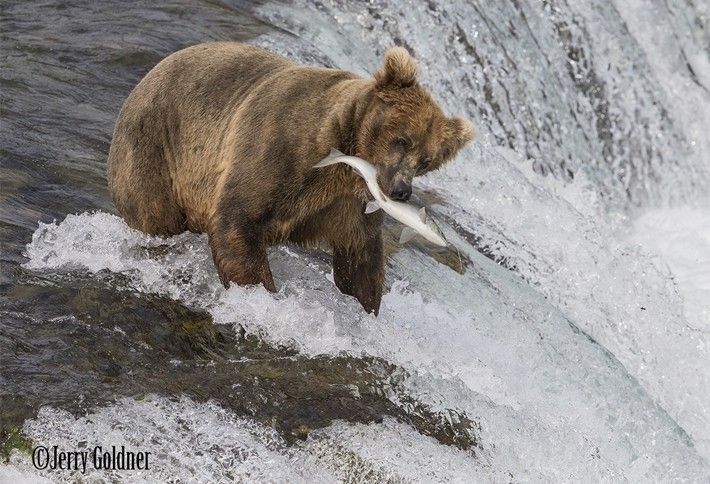 Jerry says this is more of a "man's shot." If you'd like to see more of Jerry's photography, check out his website. 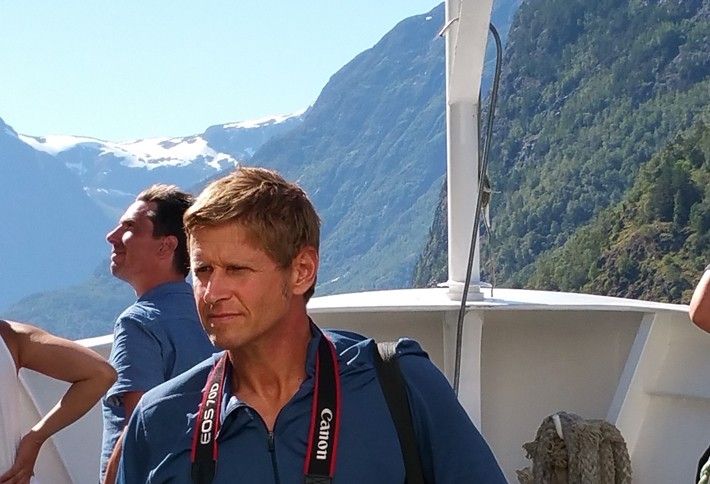 Joel loves Bisnow so much that he even read it during his three-week vacation to Norway and seven other countries. Here, Joel is trying to navigate Norway's fjords.

Gilliam spent 10 days in Turkey and Amsterdam. Here she is on one of Amsterdam's famous bridges. 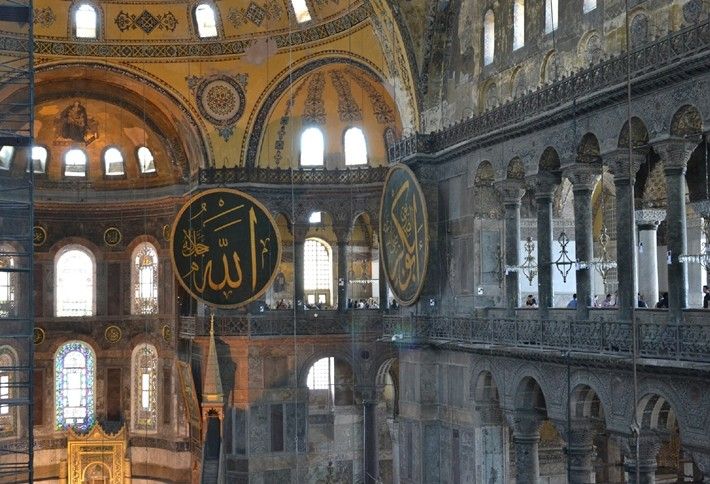 And here's a pic she took in Turkey of a mosque under renovation. 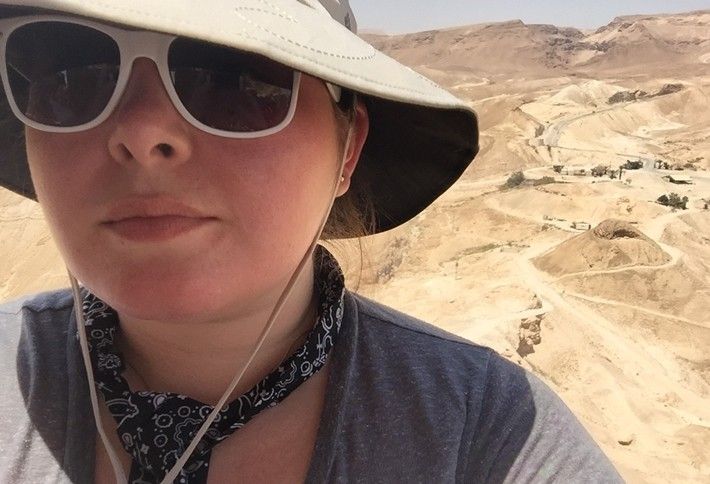 Rachel recently took a trip to Israel, where she saw the Wailing Wall and even hung out with some camels. 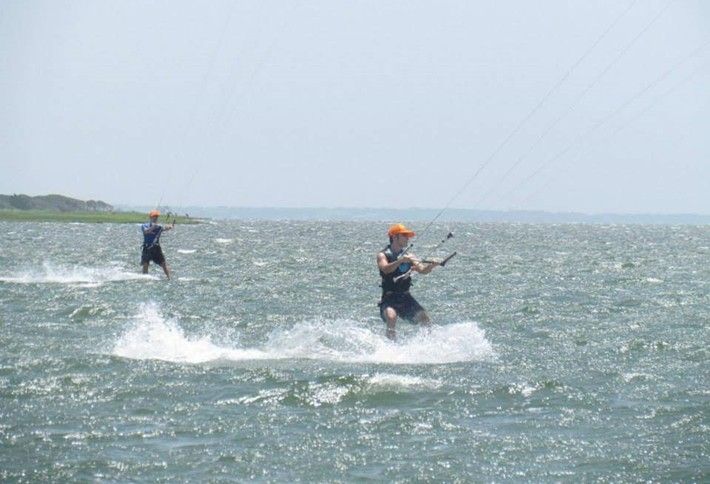 Mark and his son, Max (in the foreground), kite boarded at the Outer Banks over the Fourth of July weekend. Max, according to Mark, is a Generation Z alumnus and will be a junior at Churchill High School. 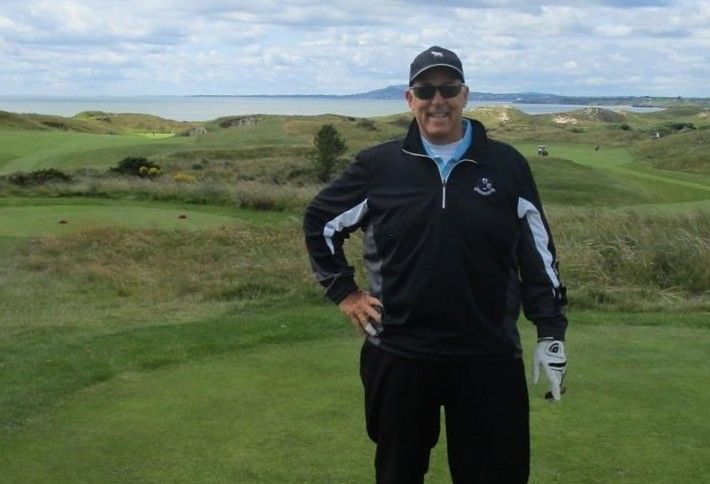 Mark spent his summer hitting the links at the European Club south of Dublin. 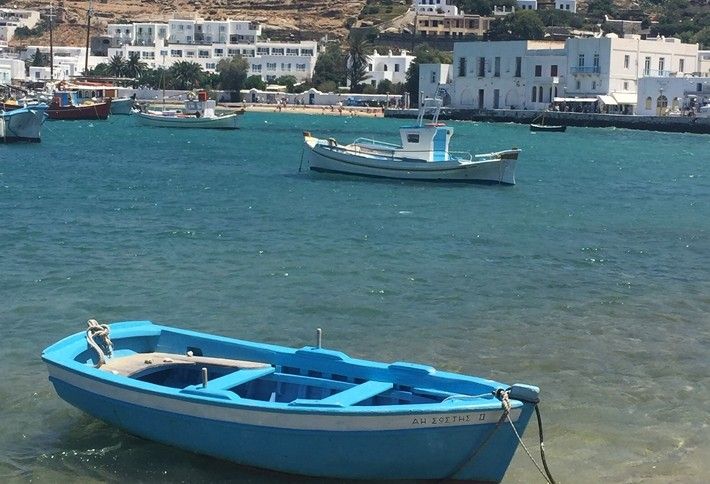 Megan took a trip to Mykonos in Greece this past July. To our knowledge, she did not fix the Greek economy. She did get us a great snapshot, though. So at least she has her priorities straight. 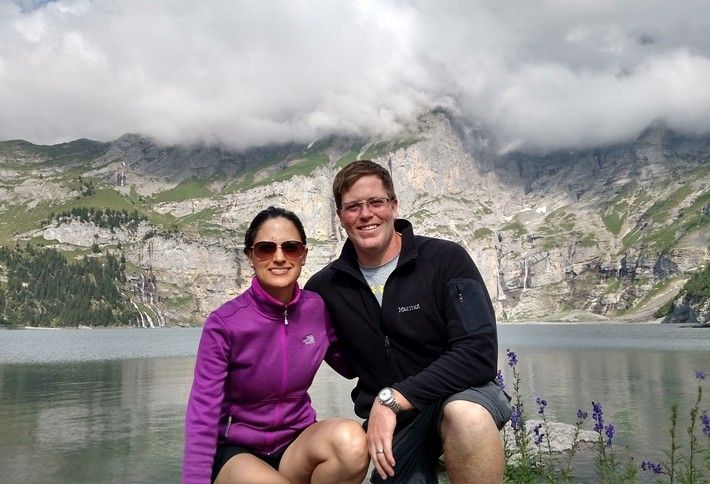 Newlyweds Nate and Marifer spent five days backpacking through the Swiss Alps this July after leading a mission trip in Germany. Nate hadn’t taken two weeks off back-to-back in about five years, and, after the nightmare of trying to catch up on all that work, he remembers why! 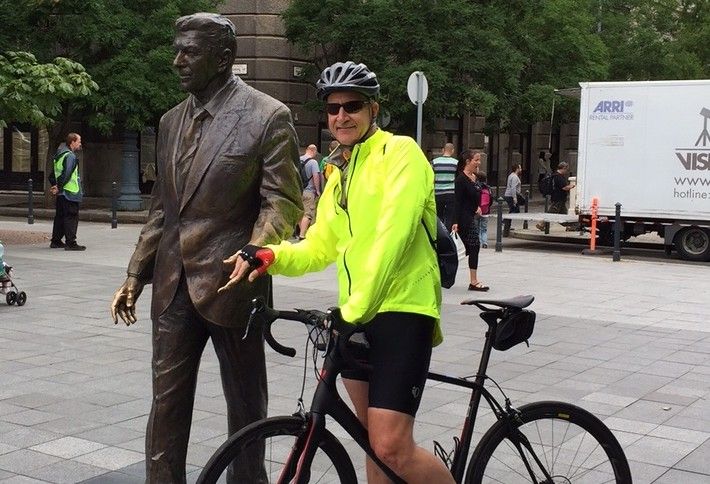 On Day 2 of a seven-day backroads bike river cruise on the Danube, Roger stopped to take picture with the Ronald Reagan statue in Budapest. The cruise started in Budapest, then took trips through Slovakia, Vienna, Germany and Prague. 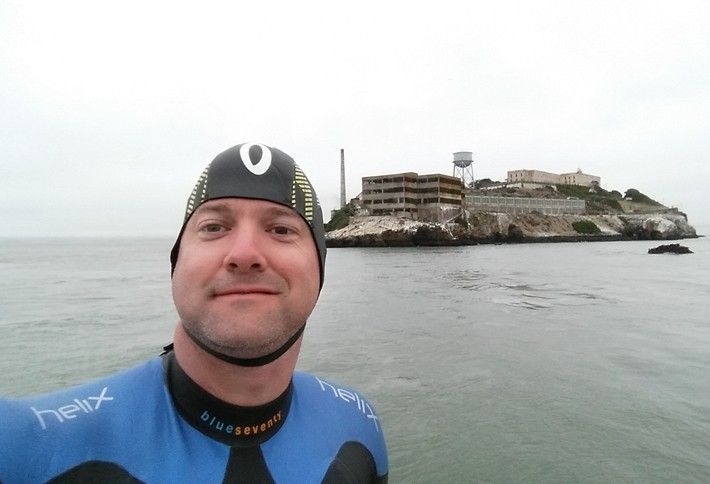 Sterling completed the “Escape from Alcatraz” triathlon on June 7. Showcasing the beauty of San Francisco, triathletes embark on a 1.5-mile swim from Alcatraz Island to the San Francisco shoreline, an 18 mile hilly bike ride out to Golden Gate Park and an eight-mile trail run out to Baker Beach and up the infamous Sand Ladder. This world-renowned triathlon, in which only 2,000 triathletes can participate, sells out within hours of the registration opening each year. 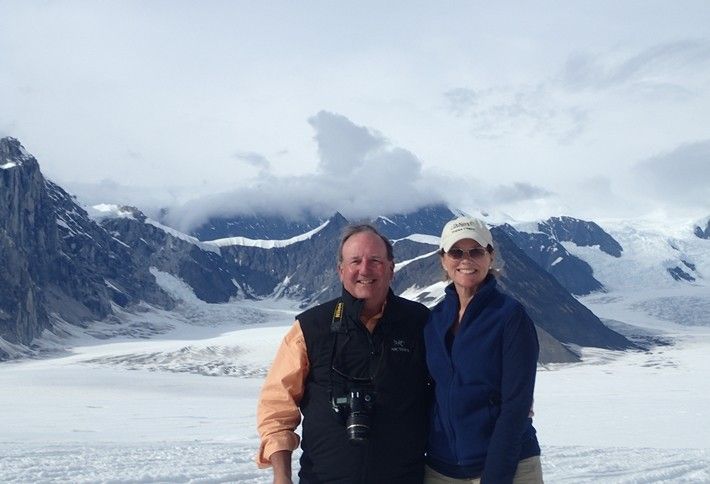 Tom and and his wife, Betsy, cooled down earlier this month at the Ruth Glacier, Denali National Park, AK. 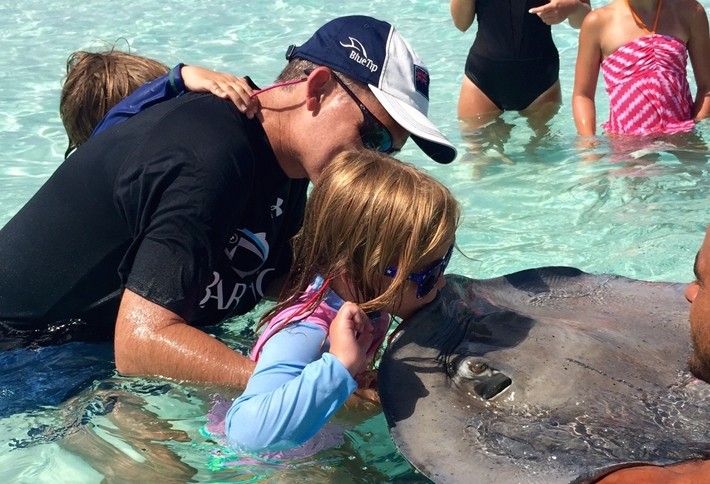 Legend has it if you kiss a stingray at Stingray City in the Cayman Islands, you’re guaranteed good luck. Tony and his youngest daughter Rebecca each kissed a string ray. That means seven years of good luck for her and seven more years of this upcycle in commercial real estate!