No Need For A Security Card. Office Buildings Of The Future Will Recognize Your Face

Advanced technological systems are shaping the future of commercial real estate by improving building efficiency and safety and increasing employee comfort and productivity. 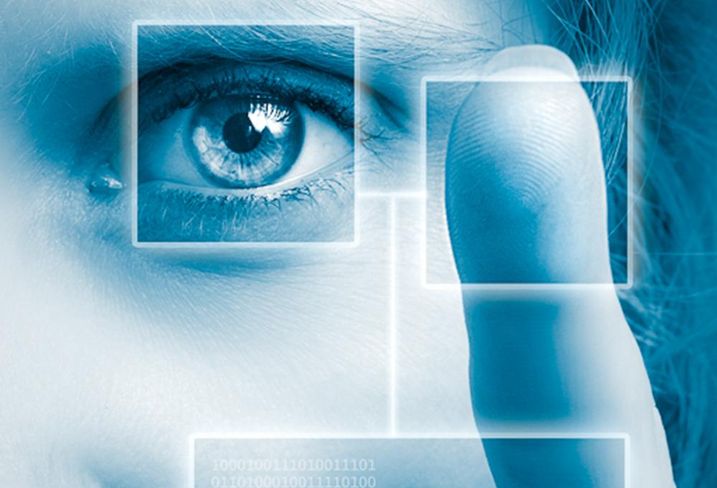 With the global market for smart building technology expected to grow to almost $24.7B by 2021, the possibilities for corporate advancements are seemingly boundless.

What will the evolution of office real estate bring next? With the use of artificial intelligence, the Internet of Things, biometrics tech and sensors, experts project facial recognition, easy workspace wayfinding and lights and temperature that adjust according to employees' moods or alertness are the future.

“In the 2000s the big tech disrupter was wireless ... we convert[ed] our facilities to be able to enable this new tech to better drive our productivity, our workforce. So that’s what cellular did, that’s what WiFi did," JLL Global Practice Lead for Smart Building Practice Darlene Pope said. "It's another digital revolution in the workplace driven by IoT ... The technology is there, it’s just a matter of applying it within the building the same way we apply it outside.” 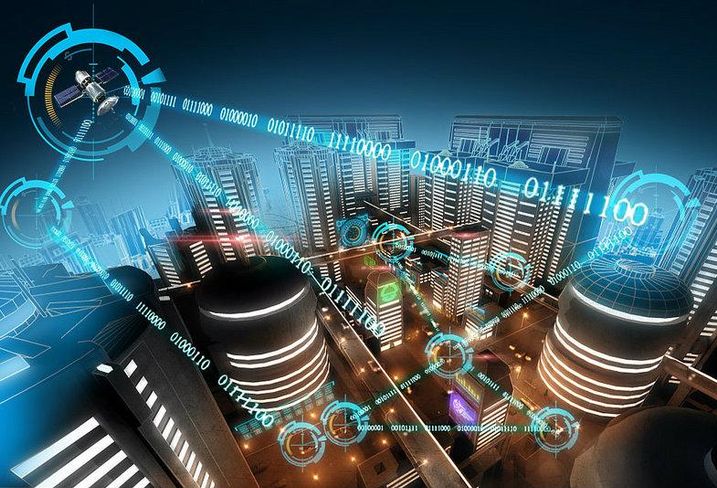 Operating systems such as Nantum are one step closer to achieving the true AI experience, which is intuitive and self-improving, by using machine learning to act as the “brain” of a building. With the brain in place, Nantum can create memories of the building’s performance in order to develop algorithms that will ultimately serve to keep iterating and improving on the systems of the building, including its energy and efficiency.

Similar to Nantum, some buildings are incorporating forms of technology that seek to understand environmental conditions in a facility such as tracking carbon dioxide levels. If the levels are too high, it can automatically adjust to bring it back to a more stable and comfortable condition for tenants.

“This is revolutionary because building managers are still very reactive to when tenants complain. There is a premium in the market for buildings that focus on health and comfort,” Enertiv Director of Digital Marketing Comly Wilson said.

While sectors including data centers and government-specific properties have been early adopters of this tech because of the need for enhanced security, Wilson said the industry is still slow to adopt artificial intelligence technology en masse.

"The absolute truth is that artificial intelligence doesn’t exist yet. Solutions that exist today generally mimic human decision-making, which is [different than] AI that has an understanding of its own performance and can improve on such,” Wilson said.

What does exist are elements of AI that aim to help buildings run seamlessly and work to protect and improve the tenant experience. 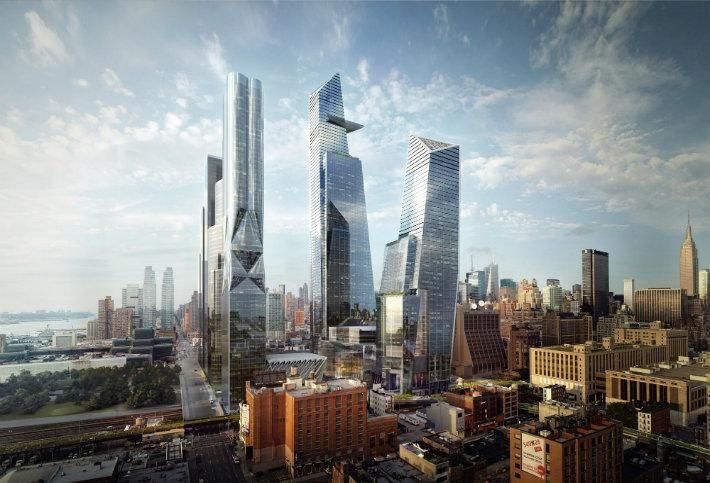 In the current environment, much of the technology in office buildings is being driven by the Internet of Things, which connects systems and devices in order to allow machines to communicate with each other.

“There’s this very new and unique opportunity to integrate traditional systems and subsystems within a building today,” Pope said.

Lighting control, security, elevator systems and CCTV have all become more efficient over the years, and with AI there is an opportunity to elevate their functionality.

“It’s really the integration of the systems that makes the buildings smart,” Pope said.

A shift toward advanced technologies is beginning to take shape with facial recognition software emerging in some buildings as a way to allow employees to safely enter the office without the use of a security card. In many cases, however, the kinks have yet to be worked out.

“One of the biggest complaints with it is it isn’t fully accurate and it’s hard to identify multiple people coming in at the same time,” Pope said.

Watch Your Step — The Sensors Are Tracking

Another form of technology that is little discussed but quickly growing in popularity among office operators is sensor technology. These sensors track how space is being used by employees and adjusts elements within a space automatically depending on those in the room. Those elements include adjusting room temperature, lighting, sound and air quality.

“When people talk about IoT, sensor technology is probably having the biggest impact on buildings and space,” Pope said.

These sensors are being placed in chairs, workstations and common areas in order to collect data from different electronic devices such as cellphones and laptops. This data can later be used to improve workplace design and efficiency in order to improve the mental and physical well-being of the employees.

Sensors also allow for technology such as digital floor plans and wayfinding, which help employees find their workstations, book meeting rooms or conference spaces at the click of a button.

“We should be able to book a conference room in an office as easily as we can book a seat on a plane,” Pope said. 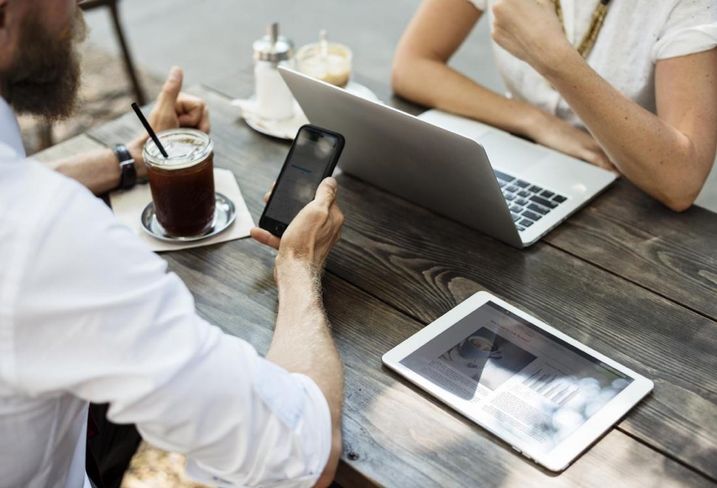 Biometrics in its current form is a fairly simple concept. It is used to analyze a person's physical or behavioral characteristics. Where AI has the ability to learn and understand a person's routine and sensor technology can determine whether or not a space is being used appropriately, biometrics can identify individuals simply by scanning their fingerprints.

At present, biometric tech is being used primarily for safety and security measures, but in the future it could be used to provide insight into employees' emotional states in relation to their physical and environmental states by tracking things like heart rates, temperature and brain waves, Dezeen reports.

If employees are registering as bored or stressed, the office could adjust elements like light and air quality in order to engage them again or reduce stress levels.

Much of this technology is being built into new projects such as Related Cos.' Hudson Yards development in New York City.

“The places that smart building technology is really getting a chance to shine is kind of large, mixed-use showcase developments," Altus Group Senior Vice President of Product and Marketing Michael Crook said. "Think of the Hudson Yards development in New York City. At one point it was the most expensive development in America. That team had its own CIO, they had a whole team dedicated to figuring out how to run smart building technology. [They even] looked at the area around the building and built their own app."

Cellphones that recognize fingerprints, maps that can pinpoint where we are at any given time and devices that can turn off the lights when asked are considered normal parts of our everyday lives, and yet these technologies are still few and far between when it comes to the office.

Commercial real estate technology still has a long way to go in order to achieve this futuristic vision at offices en masse.

“There’s different competing standards in terms of how the technology talks to each other and that means there’s a certain amount of sophistication required of the builder/architect on how to bring these together," Crook said. "As the tech matures, we’ll start to see that be less challenging and that’ll be something that pushes it more broadly into the industry."

But like most technology throughout the years, it is only a matter of time before these futuristic smart buildings become the norm.