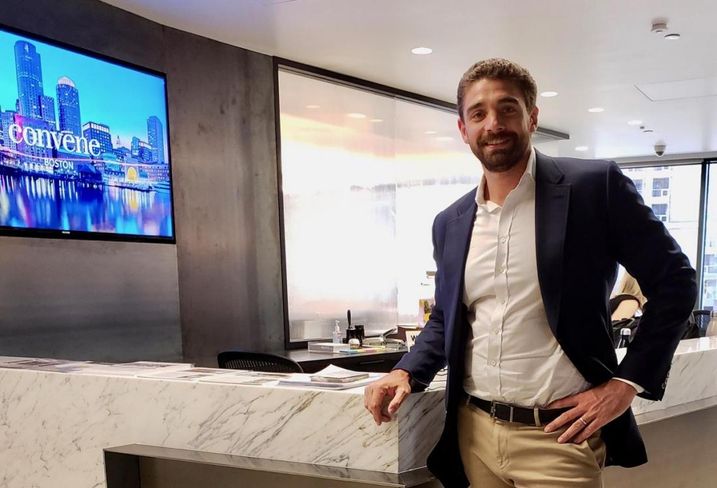 As part of its effort to be all things to all office users, Convene is bringing a new kind of amenity to flexible offices.

A new partnership with healthcare startup Eden will place clinics within Convene's flexible office footprint. The clinics can serve as primary care contacts for Convene members and other office tenants in the building, and can use virtual healthcare technology to consult with specialists and save square footage.

Convene has been testing its model with Eden for a year, and plans to open at least 25 locations across its existing footprint across the next 18 months, according to the announcement. Its roll-out will begin in New York, Chicago, Philadelphia, Washington, D.C., Boston and Los Angeles later this year.

Convene started out as a provider of on-demand event spaces, then transformed itself into a flexible office space operator in February 2018 by partnering with landlords rather than renting from them. Like coworking name brand WeWork, it has added elements and offerings at a rapid pace, driven by investment capital from real estate sources such as Brookfield and RXR Realty.

In September, Convene began offering its design and flex office management services as a service to landlords, rather than a branded entity within their buildings. Similar in concept to WeWork's Powered by We service, it reflects the office industry's growing acceptance of flexible office providers as not just a subletter, but an amenity. Convene's partnership with Eden adds to the modern concept of an office that draws employees in by filling more of their needs beyond desk space.