Convene, the flexible workspace and meeting firm, has made two hires in London as the first stage in a global expansion.

The company, which counts Brookfield among its investors, has hired Elliott Sparsis and James Frankis as London vice president of real estate and London director of strategic solutions, respectively. 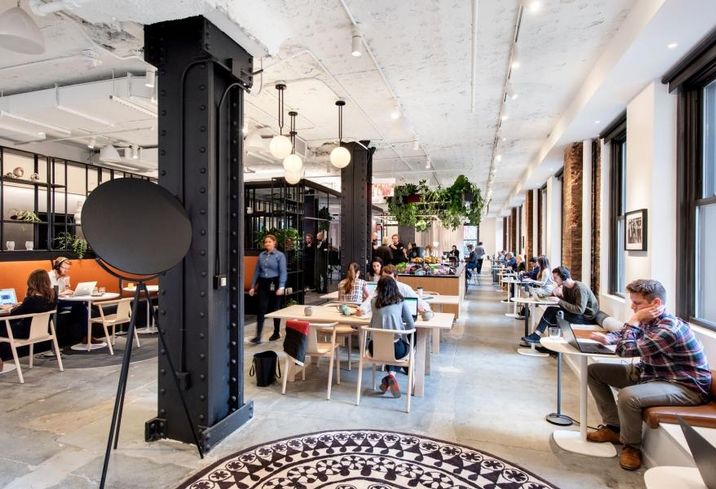 By the end of 2018 Convene will manage 700K SF in 23 locations across five cities in the U.S. By the end of 2019 it wants to have 1.7M SF in 10 cities across the globe, with London the first international stop. It is working with CBRE to find its first London locations.

The company partners with landlords to provide amenities like meeting rooms or other communal facilities in buildings, as well as providing coworking and flexible office space.

Sparsis joins Convene after six years at private equity firm Blackstone as a senior manager working on the firm’s portfolio of Central London offices. In 2010, he co-founded Sociable Surveyors, the only all-expenses-paid global internship initiative in the real estate industry, and in 2017 founded Dog House Fitness, a boutique spin and boxing fitness studio in southwest London.

Frankis has spent the last five years at design and strategy firm Gensler in New York and London as a senior strategist and a leader of the firm’s European consulting practice area. He has worked with a range of clients, including British Land, HSBC, Mitsubishi Estates, Blackstone, Hines, AXA and Rockefeller Group.

Sparsis and Frankis join Convene shortly after the company raised a $152M Series D round of financing, which included investments from real estate, technology and innovation firms such as Revolution Growth, RXR Realty, ArrowMark Partners, Brookfield and The Durst Organization, among others.

It has raised a total $280M in funding, according to Crunchbase.

Convene consulted with Deverell Smith, a recruitment firm specialising in placing real estate executives in the U.S. and the U.K., in hiring Frankis and Sparsis.