The rumors that Crystal City will land Amazon HQ2 have turned into roars the last few days, and those who work in the government-centric suburb of Washington, D.C., are wondering what will become of their neighborhood if they come true. 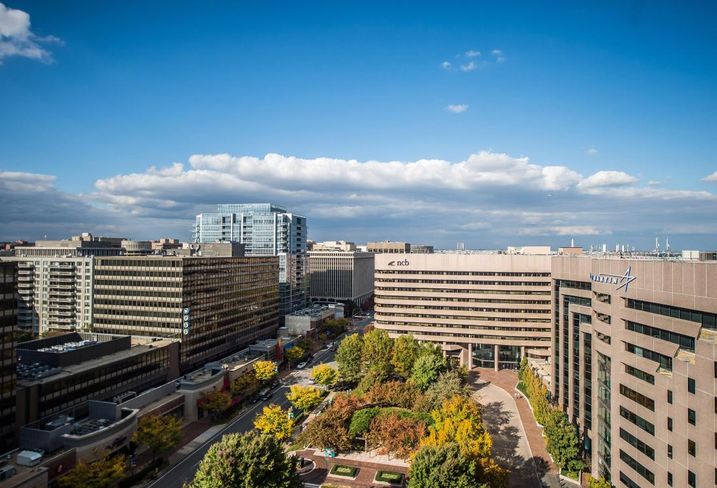 Multiple reports say Amazon is close to announcing it will split the 50,000-job, 8M SF HQ2 requirement in two, with half going to Crystal City in Arlington and half to the Long Island City neighborhood of Queens. While the decision has not been finalized, Crystal City could soon be home to thousands of Amazon workers.

"There is movement afoot in Crystal City that we hadn’t seen before. It makes the stories believable, I’ll tell you that," said Mark Rivers, an executive for Lowe Enterprises who manages a handful of properties in the neighborhood on behalf of a state pension fund. "I would say based upon what we’re hearing, people who have a vested interest, you can sort of see a shift in their time availability and the things they’re working on."

But while it feels certain HQ2 is coming to town, there is still frustrating uncertainty, Eastern Foundry co-founder and CEO Andrew Chang said. Eastern Foundry is an incubator for government contractors that leases space in a building owned by JBG Smith, the REIT that owns most, if not all, of the property Amazon would occupy in Crystal City.

“The CEO of one of our member companies came to me [Monday] and said, ‘When is the office closing since Amazon is picking Crystal City?’” Chang said. “It’s almost frustrating because there’s been so many quote-unquote leaks for a year now. Can someone just come out and say whether it’s happening or not?”

Eastern Foundry isn’t closing, Chang said, but the seemingly imminent arrival of HQ2 is causing consternation over what the decision's actual impacts will be.

“A lot of the small companies are very worried,” he said. “How do you compete for talent if Amazon comes in?”

The D.C. region is one of the country's strongholds for tech talent. It has more than 300,000 tech workers, according to Cushman & Wakefield's 2018 Tech Cities report. That is second only to the city it is reportedly splitting HQ2 with, New York. Nonetheless, HQ2 would place immense strain on the labor market, which reports have indicated is part of the reason Amazon is considering dividing the offices.

Even at 25,000 jobs, HQ2 — or whatever the nomenclature would wind up being with three HQ locations — could take Crystal City's office market from stagnant to supercharged.

In a study set to be released after Amazon makes its announcement, Transwestern and Baltimore-based Sage Policy Group estimate that 25,000 jobs would drop the vacancy rate of Crystal City and border neighborhood Pentagon City from 15.5% to 7.2%. The study, based on Sage's economic modeling program, predicts rents would rise in the area by as much as 5% by the time HQ2 development completed.

The model also predicts that the 25,000 requirement would actually bring about 43,900 new jobs as a result of "indirect or induced" demand, 82% of which would be office-using.

While a 50,000-job HQ2 would create broad ripple effects across the region, Transwestern Managing Research Director for the Mid-Atlantic Elizabeth Norton said a 25,000-job Amazon requirement would be far more concentrated.

"I was struck by just how geographically concentrated the indirect and induced jobs [the model showed] are. It was much more tight than I anticipated," she said. "If 25,000 jobs are created, we anticipate the District could benefit as well as Alexandria City, but places like Fairfax or Montgomery County won’t maybe." 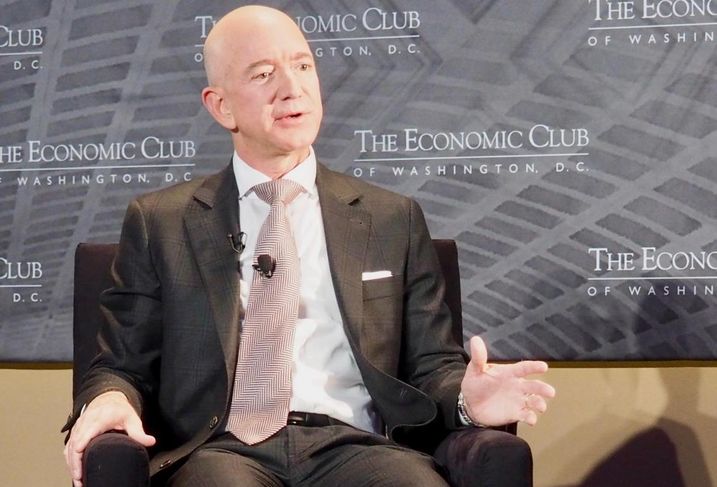 Around D.C., it has long been viewed as an area full of government workers and government contractors, aged office buildings too expensive to tear down and too obsolete to lease back up again, and bereft of nightlife.

The HQ2 search has highlighted its positive attributes. Crystal City has unmatched accessibility with two Metro lines, Amtrak and Virginia Railway Express stops, walkability to Reagan National Airport and an exit on Interstate 395. Virginia has a history of business-friendly politics, lower taxes than its neighbors and an administration keen on offering economic incentives to job creators. Crystal City also offers high-density zoning and few residents that would be displaced or become vocal opponents.

Amazon will fix some of Crystal City's problems, but it will make others worse.

Arlington's schools are overcrowded, the region has some of the worst traffic in the country and the Metro system — despite new dedicated funding Newmark Knight Frank Senior Managing Director of National Research Sandy Paul attributes partly to the HQ2 race — is struggling under attempts to repair it. Several stations on the Blue and Yellow lines, which run through Crystal City, will close from Memorial Day to Labor Day in 2019 as platforms are rebuilt.

"The commutes are already bad with the Metro," Chang said. "I’m actually hoping that with Amazon pressing on Crystal City, that will wake up the Metro folks and say, 'Hey guys, we need to update this ASAP.'"

Paul, an Arlington resident, said he was surprised when he heard Amazon could split its headquarters, but said he believes it will be better in the long run than a 50,000-job disruption.

"It’s been some combination of very exciting, sort of curious because of the potential splitting of the project, and also a little nerve-wracking," he said. "This is a project that so many folks in the business community have wanted, and it’s also a project that a lot of policymakers are concerned about. They know that this will have an impact on housing prices, investments, it will have a strain on an already overburdened school system, the traffic is bad enough as it is.

"And yet, how do you not want to compete for these high-value jobs that have a multiplier effect on this economy?" he said. "This is a once-in-a-lifetime opportunity."