11 Super Important Mixed-Use Developments in the US

Walkable cities—like Boston, New York and Miami—are more popular than ever. With new waves of wealthy Millennials looking for nearby amenities, mixed-use has found new life. These 11 properties show how impressive mixed-use properties can be, including everything from hotels and offices to theme parks and indoor ski slopes, all on a few acres or even within the same building. 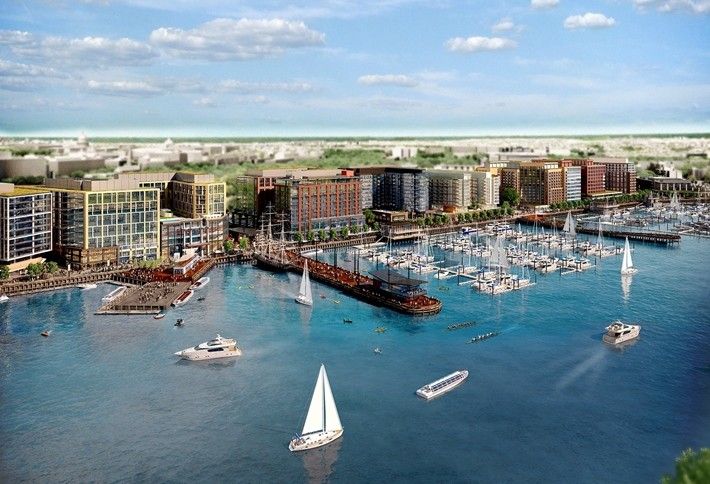 Location: The Wharf is a short metro ride away from Washington's famous monuments and will transform 24 acres of DC's Southwest waterfront along the Potomac River. 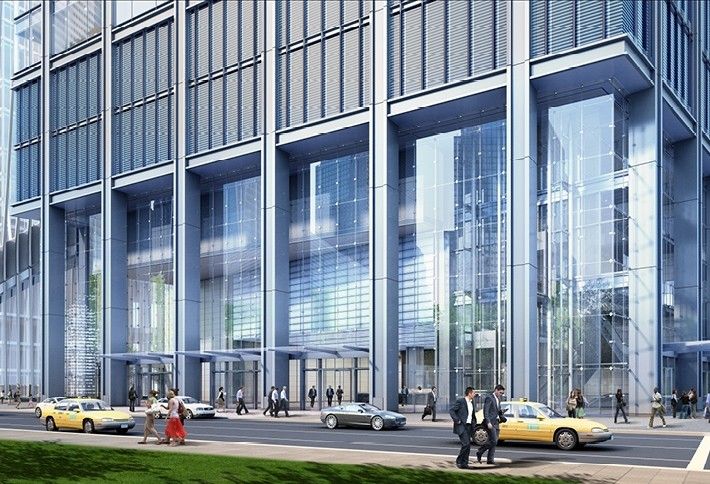 Location: 175 Greenwich St in Lower Manhattan, the building is part of the World Trade Center complex.

Details: The 80-story, 2.8M SF skyscraper will have 2.5M SF of Class-A office on top of five floors of retail. 3WTC is supported by the Port Authority of New York and New Jersey, and was designed by Rogers Stirk Harbour + Partners' award-winning architect, Richard Rogers. He included diamond-shaped bracing on the building's sides that allows for unimpeded, 360-degree views of the NYC skyline. In 2013, advertising giant Group M signed a 20-year, 515K SF lease, making it the anchor tenant. At the beginning of 2015, Fundrise launched a crowdfunding campaign for 3WTC. 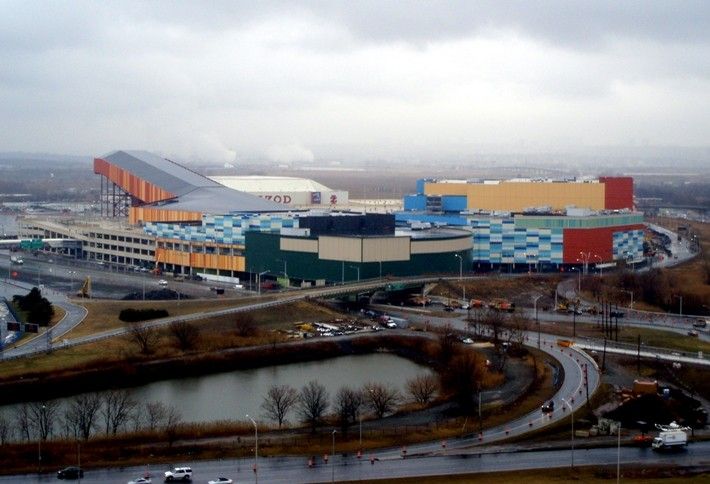 Details: Despite a troubled history (the project was initially approved in 2003, but construction was impeded by heavy snowfall, pulled payments after the failure of a Lehman Brothers subsidiary, and even a lawsuit from the New York Giants and Jets), the 2.8M SF property is the most impressive one on the list, featuring a domed Dreamworks Animation amusement park, an indoor waterpark, the "Pepsi Globe" (a 287-foot Ferris wheel with 26 climate-controlled capsules), the first indoor ski and snowboarding park in the Western Hemisphere, an indoor skating rink, an aquarium, a 26-screen movie theater, a performing arts center and an outdoor lounge that provides luxury views of Manhattan, not to mention massive amounts of retail. Since 2011, the project has been under the control of the Triple Five Group, which has experience with similarly impressive properties, including the West Edmonton Mall and the Mall of America, North America's largest malls.

Opening: The Meadowlands will finally, partially open in fall 2016. It's unknown which of the development's many amenities will be open at that time. 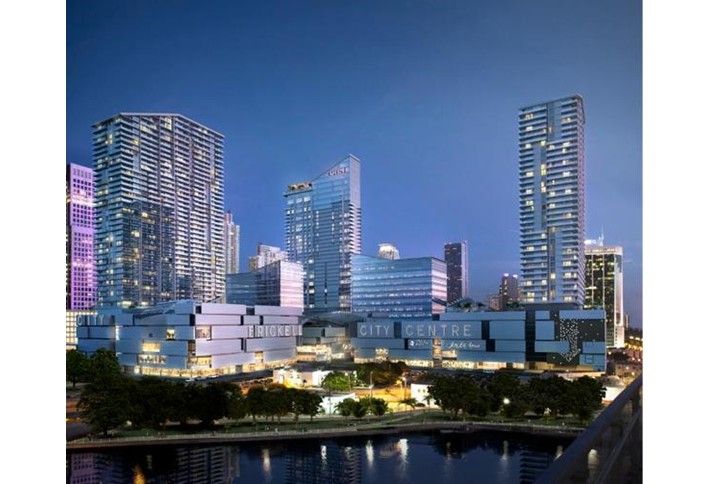 Details: At 5.4M SF, Bricknell City Centre will be one of the largest LEED-certified projects in the US. Its luxury retail space features a $20M elevated glass, steel and fabric trellis called the Climate Ribbon that helps create an energy-efficient micro-climate. And Car2Go is providing a low-emission smartcar service. The massive mixed-use project also includes two 269k SF Class-A office towers and two condo towers, totaling 780 units; a 622-seat dine-in cinema; and EAST, a hotel with 263 rooms and 89 serviced apartments. Akerman, Brickell's main tenant, is leasing close to 80% of the space. 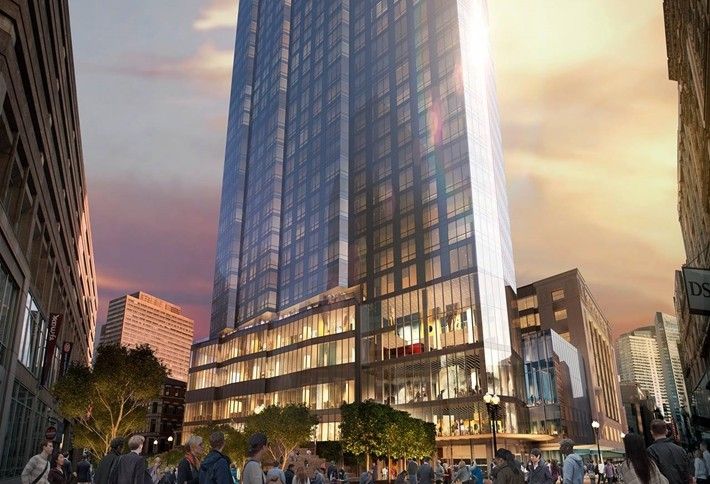 Location: The tower will be built upon the former Filene's flagship store in Boston.

Details: Millennium Tower will feature a 685-foot, 442-unit residential tower as its anchor and be the third-tallest building in Boston. It will also feature 220k SF of retail and office space, including a Roche Brothers gourmet grocery and a restaurant with Michelin-starred, James Beard Award-winning chef Michael Mina and renowned sushi chef Ken Tominaga. There's a luxury fitness center known as FLX in the works and a two-story luxury amenity space known only as "The Club," with a screening room, a parlor, a library, a pool, and a spa, among other amenities. Of course, both will be for residents only.

Opening: The building is expected to be declare occupancy. 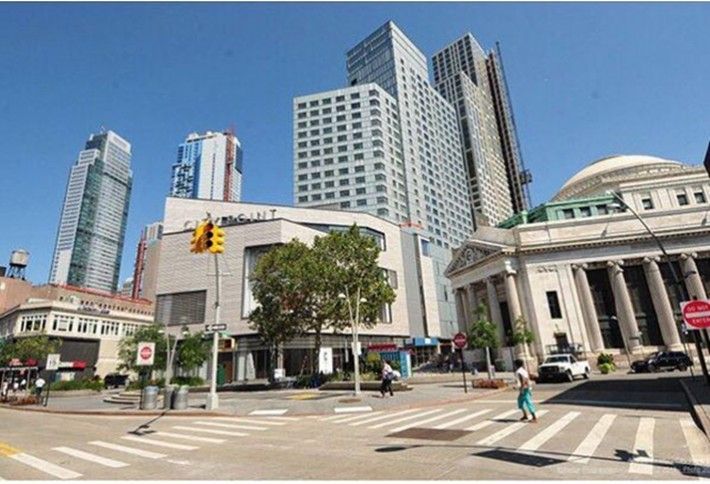 Details: With 1.8M SF, the development is slated to be the largest mixed-use center in Brooklyn. Plans include a 675k SF retail area (with most stores larger than 2k SF) and a 100k SF space for the first Target location in the city. There will also be a two-floor, 140k SF Century 21 store and an Alamo Drafthouse Cinema. The residential area, which will eventually have more than 7,000 units, will feature a one-acre rooftop park built over a 700-car automated garage. 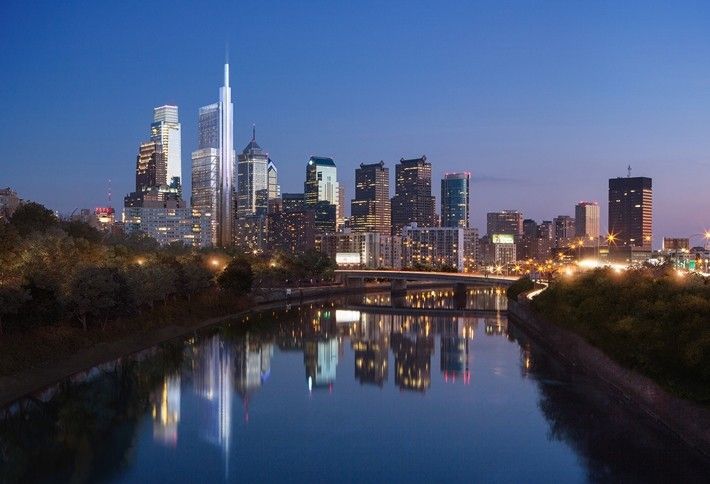 Details: The 1.57M SF Comcast Innovation and Technology Center will include 45 floors of office space, a 200-room Four Seasons Hotel, and restaurants and shops on the ground floor. The 59-story building was designed by Lord Norman Foster, will cover an entire city block and reach up to 1,121 feet, making it the eighth-tallest building in the US and the tallest building outside New York and Chicago. Tenants will include Telemundo and NBC 10, which will use the building's three TV studios. The building will also feature a retail mall, a parking garage and a top-floor restaurant. 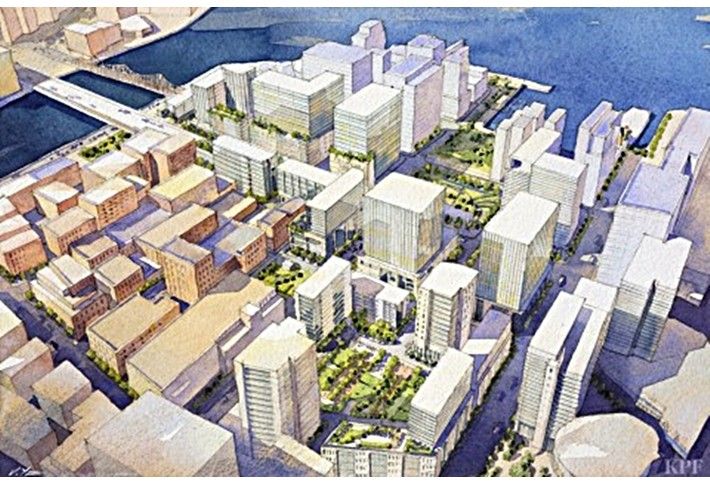 Details: At 8.5M SF and 23 acres, this is the largest planned project in the history of Boston. It'll create five new streets, 20 buildings and four public spaces. There will be 2.6M SF of residential, 1.3M SF of both office and retail, 2.2M SF of below-ground parking for 6,000 cars, 850k SF of hotel space and 250k SF for cultural, civil and education properties. In one of the open areas, the development will feature the Seaport Square Park with a memorial to those who died in the War on Terrorism. One Seaport Square is an impressive mixed-use building on its own, with 1.5M SF over three acres. Led by the Berkshire Group, WS Development and Boston Global Investments, One Seaport Square features two residential towers, The Benjamin and the VIA, totaling 832 units. It will also feature 250k of retail space, including King Bowl, Equinox and Showplace ICON Theatre.

Opening: The entire project is expected to be completed by 2020. 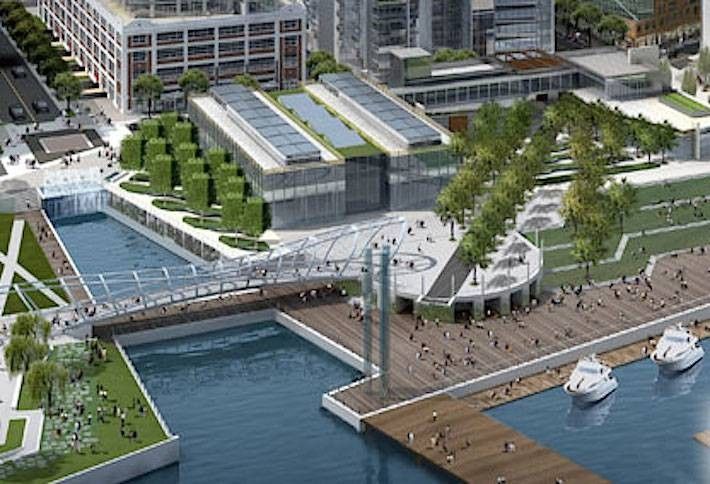 Location: Located on a river in southwest DC, the Capitol Riverfront is just south of the US Capitol, between Capitol Hill and the Anacostia River.

Details: The development is DC's first BID, renovating a former industrial district into a neighborhood with 7.3M SF of office space, 288k SF of retail, 3,263 residential units and 204 hotel rooms. Notable tenants include a Courtyard by Marriott, Blujacket Brewery, Buzz Bakery, Park Tavern at Canal Park, the Nationals Park and, eventually, a 70k SF Showplace ICON Theater. The development will also include a 16-mile riverwalk along the Anacostia River.

Opening: The first major property in the plan, the five-acre Yards Park, opened in fall 2010, but the Riverfront is expected to continuously develop over the next 10 to 15 years. In that time, 34M SF of new hotel, retail, office and residential will be developed. 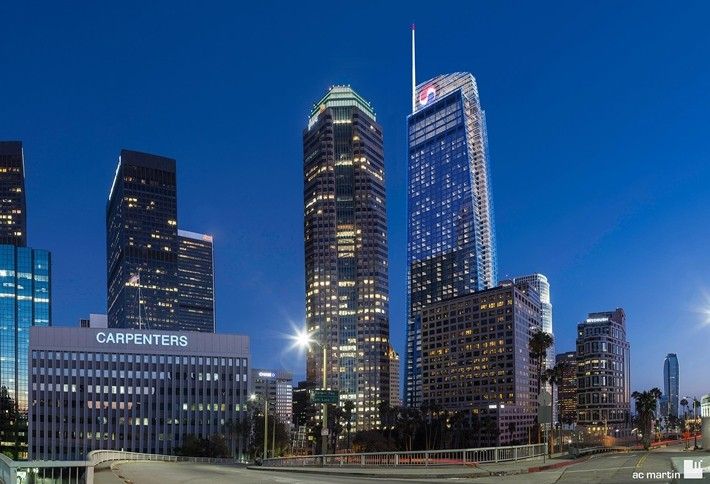 Details: Originally known as the Hotel Statler, the property was issued the largest building permit in LA's history in 1950. The hotel was soon world-famous, welcoming guests including John F. Kennedy and Pope John Paul II. Hilton bought the hotel in 1954, then sold it to Reliance in 1983 for $50M. In 1989, it was purchased by current owner Korean Air, which now seeks to return the Wilshire to its status as an LA cultural icon. The company started deconstruction in 2012, and is planning a 73-story, earthquake-proof tower that includes a 900-room InterContinental hotel, 677k SF of Class-A office space, 67k SF of retail and an observation deck. At 1,000 feet, the building will be the tallest in LA. It will also feature extensive LED lighting for advertising, similar to Times Square. 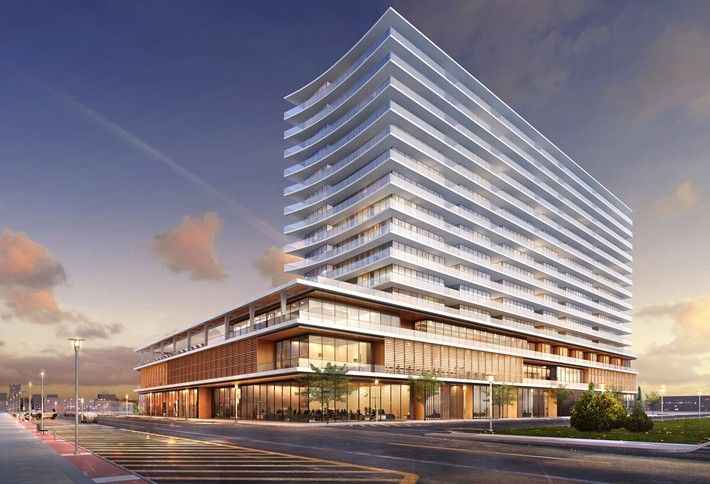 Location: The development will transform 1.25 miles of beachfront in Asbury Park, NJ.

Cost: iStar has not given an exact cost for the project, but touts the project as a several billion endeavor.

Details: iStar is working with hotel innovator David Bowd of SALT Hotels to create one of the most significant redevelopments on the Eastern Seaboard, building more than 2,100 homes and 300 hotel rooms across 20 residential, mixed-use, hotel and infrastructure properties. Announced projects include the pilot project Vive, a 28-townhome project completed last year; the Asbury, a 110-room hotel in a long-vacant former Salvation Army building; the Monroe, a 34-unit condominium; Asbury Lanes, a renovated music and bowling venue at 1101 Ocean (pictured); and a hotel/condo/retail building that'll be the tallest on the Jersey Shore. iStar is working with local businesses, hoping to capture and maintain the neighborhood’s indie attitude and history.

Opening: The Asbury Hotel and Monroe are expected to open in summer 2016. When it opens, the Asbury will be the first hotel in the town in more than 30 years.