Fighting For A Living Wage: Union’s Battle To Increase Minimum Wage For Hotel Workers Could Have Drawbacks

The nationwide push to increase minimum wage is now playing out on the doorstep of Disneyland, and if the union representing hotel workers in Anaheim gets its way, it could have a ripple effect across the nation.

Unite Here Local 11, a union representing Disney and hotel workers in Anaheim, is preparing to gather signatures to place an initiative on the November ballot that would require hotels that receive city tax subsidies to pay their workers a $15/hour minimum wage starting in 2019 and climb to $18 and beyond by 2022. 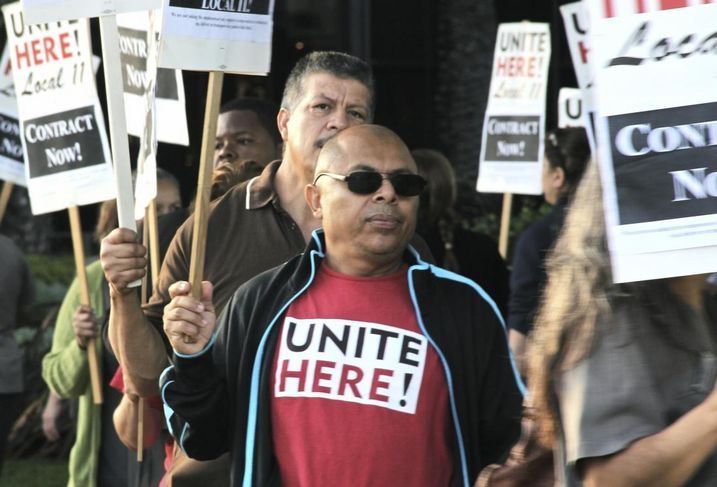 The union’s push for a raise is part of tense labor negotiations with The Walt Disney Co., which along with Wincome Group and the developers of a JW Marriott, will soon construct a total of five four-diamond hotels around the Disneyland Resort and Anaheim Convention Center in exchange for a subsidy or tax rebate.

While talks with Disney are ongoing, negotiations with Wincome and the owners of the JW Marriott have stalled, Unite Here Local 11 co-President Ada Briceño said. Unite Here represents more than 2,700 hotel workers and other low-wage workers who are employed at Disney’s three on-site hotel properties.

“If taxpayers are going to subsidize Disney and other large hotel owners, then those owners should pay a living wage and not keep the community down,” Briceño said. “If the workers earn more, they will spend more and the community benefits from the increased economic activity.”

Atlas Hospitality President Alan Reay said those in the hospitality industry are keeping a close eye on what happens in Anaheim.

“This is not only in Anaheim but throughout California,” Reay said. “It’s a big, big topic in the hotel industry."

Unite Here Local 11’s move comes as a groundswell of activists, labor unions and other advocates and backers continue to push to move the federal minimum wage to at least $15/hour nationwide.

Anaheim, with a current minimum wage that follows the state’s at $11/hour, is the newest battleground between labor and owners. The federal minimum wage is $7.25 an hour.

Advocates say many hotel workers and other low-wage workers, such as those in the fast-food industry and nursing homes, have food insecurity, live in poverty or crowded homes and cannot afford to pay bills and basic expenses every month.

“The federal minimum wage is supposed to provide a meaningful standard to ensure that workers everywhere in the country are paid at least an adequate wage to meet their basic needs," National Employment Law Project Executive Director Christine Owens said in a study last year.

"But with the federal minimum wage stuck now for eight years at a poverty-level of $7.25 per hour, it is falling far short of that critical role. Instead, at such an appallingly low wage level, it’s being used as a weight to suppress workers’ wages,” she said.

Owens said 41 million people would benefit from the increased wages.

With cost of living across the nation going up by 2024, "workers in every state and every corner of the country will need at least a $15 full-time hourly wage to afford the basics," she said. 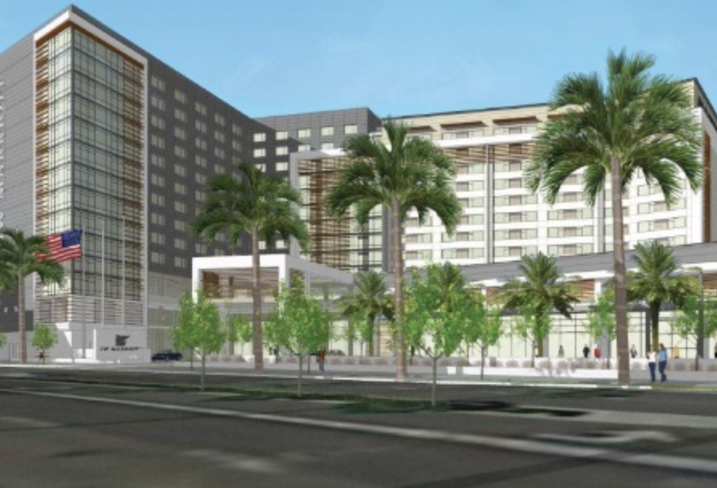 Pushing For Higher Wages Could Have Drawbacks

For the past several weeks, union organizers representing the hotel workers in Anaheim have held rallies and town halls calling for a living wage.

Workers who earned the $11 minimum wage or less for years openly and tearfully spoke to hundreds of people about their struggles of living in high-priced Orange County, where the median price of a home is $675K.

“Some of the Disney employees don’t know where their next meals are going to come from,” Briceño said.

A Disneyland official did not return a message seeking comment prior to publication.

As the union pushes to increase wages for its workers, hotel owners are finding ways to cut costs despite the hospitality industry’s record-breaking performance over the years, hospitality experts said.

“It’s a fact of life today, so hotels are looking for ways to deal with it,” CBRE Hotels Advisory Services Managing Director Bruce Baltin said.

Baltin could not comment specifically on what is happening in Anaheim due to a conflict of interest, but spoke generally about the current state of the hospitality industry.

“Clearly that is the wave of the industry and it is going to continue,” said Baltin, adding that select or limited-service hotels are one of the fastest-growing segments in the hospitality industry.

Reay, the industry analyst, said labor is the single-largest variable cost that hotel owners have.

In California, Reay has found at least 30 cities have mandated hotel workers should be paid above the state’s $11 minimum wage.

In Emeryville, the home of Disney’s Pixar Animation studio in Northern California, small businesses with less than 55 workers are required to pay $14/hour, while large businesses pay $15.20/hour.

Pushing up the minimum wage could have an adverse effect.

Shortly after Long Beach increased the wages of hospitality workers who work in hotels that have more than 100 rooms, some hotel owners immediately cut staff, reduced hours and even lowered the number of rooms from more than 100 to less than 100 to avoid paying higher wages.

Reay said other independent and some major hotel brands are introducing technology like robots and offering guests incentives to forgo room service in exchange for some type of reward.

“As wage pressure goes up, hotels are finding ways to cut costs in other areas,” Reay said. 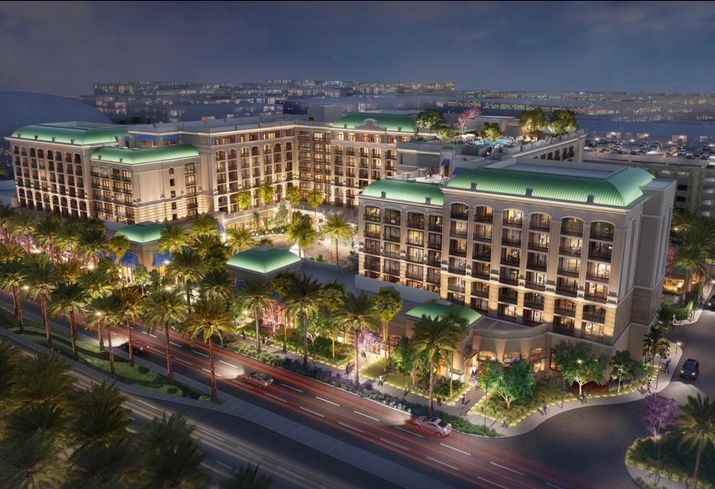 In 2013 and 2015, in an effort to lure more upscale tourists and visitors, the city of Anaheim awarded an estimated total of $700M in room-tax subsidy over 20 years to help the developers of the JW Marriott, Wincome and Disney build five four-diamond luxury hotels in the Anaheim Resort District. The city only has two existing four-diamond properties — the Disneyland Hotel and Disney's Grand Californian Hotel & Spa.

Developers Bill O’Connell and Ajesh Patel will build two luxury properties near the GardenWalk outdoor shopping center, two blocks away from Disneyland. They broke ground on a JW Marriott in November.

Wincome has two projects lined up, including a Westin, which broke ground in September, on Katella Boulevard next to the Anaheim Convention Center.

Disney is planning to build an upscale hotel on Disneyland Resort property.

In Anaheim, guests pay a 15% transient occupancy tax when they stay at a hotel. That money goes to the city’s general fund, which pays for roadwork, police and other vital city services.

Under the city’s agreement with the developers, 70% of the transient occupancy tax will go to the four-diamond hotel owners in the next 20 years. Anaheim attracts more than 23 million visitors a year. Anaheim’s hotels have an 83% occupancy rate, according to Visit Anaheim, the city’s tourism bureau.

After 20 years, all of the transient occupancy tax would go straight to city coffers.

The city’s agreement cannot be repealed, so the best thing to do is to provide for the workers with this $15/hour ballot initiative, Briceño said.

She said they plan to start gathering signatures by March 23. They will need 20,000 signatures to qualify the measure for the November ballot.

“People need to earn enough so they could live in a dignified way,” she said. “We are not asking for these workers to live an extravagant lifestyle.”

Briceño said she understands the importance of her union’s mission to increase minimum wage.

“We know that what happens here could have a ripple effect throughout the nation,” she said. “This will be the right step for these workers to live in a dignified way.”

For more on topics affecting hospitality, including the implications of a rising minimum wage, join us at the Bisnow Lodging & Innovation Series West all-day event April 26 at the Sheraton Los Angeles.