Blast from the Past: 10 Historic Buildings Converted into Luxury Hotels

Gutting and refurbishing historic buildings isn't a new concept, but these 10 have lucked out. Hoteliers have put millions into them, giving them facelifts and modern amenities. From government buildings to newspaper HQs to a former strip club, these buildings' walls tell many tales and could tell many more, should you choose to visit them. 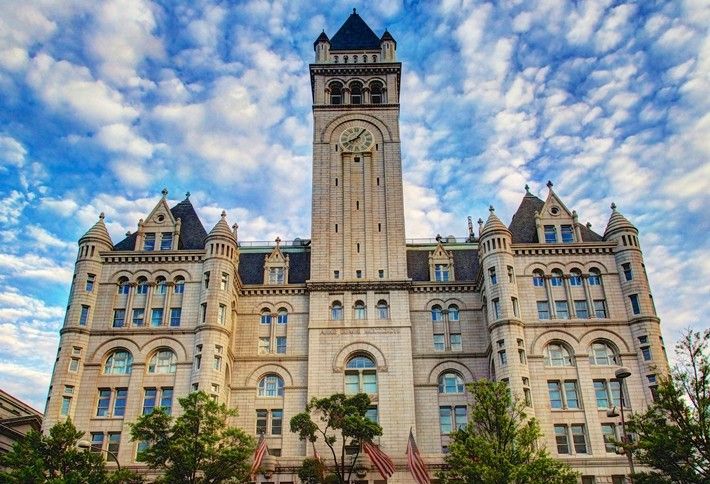 With a Romanesque design and panoramic views from a 315-foot clock tower, the Old Post Office Pavilion opened in 1899. DC's first steel framed structure served as the post office until 1914. Even before it opened, it was deemed both too small for the various agencies that would be working within the building and too outdated as heating, electric and other technologies quickly advanced. After that, it was mainly used as an office building, avoiding demolition in the 1920s and 1970s, and being heavily renovated in 1976, 1983 and 1991. The building houses the Congress Bells, a Bicentennial gift from England.

In 2013, Donald Trump and his Trump Organization leased the building from the General Services Administration for 60 years, and immediately announced its conversion into a 260-room luxury hotel that is expected to open in 2016. The $200M renovation will bring the aging building up to Trump standards, adding every amenity from 24-hour in-room dining and a world-class spa to a library, curated museum, and indoor and outdoor gardens. The Donald even put $42M of his personal funds into the renovation. 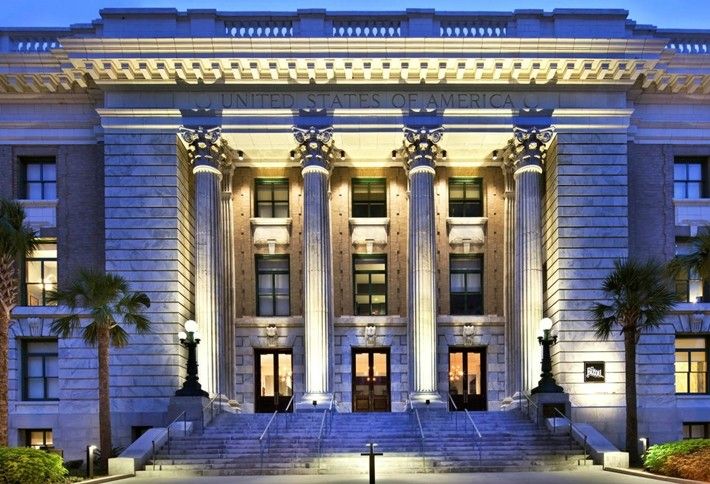 Once a century-old federal courthouse/post office/customs house in the heart of the city, the building was leased to Development Services Group—which has a record of making luxurious hotels out of historic buildings—in 2014, after being vacant for close to a decade.

With a $27M renovation price tag, the 130-room hotel adds a modern touch to a Beaux Arts building, including meeting and event space, a French Bistro and Longitude Bar. The company is having fun with the hotel's origins: a jury selection desk has become a business-center work desk, the back path where prisoners came in for trials is now a pool deck, and the 227-seat five-star restaurant uses a witness box as the host stand. Starwood Hotels and Resorts, which owns the Le Meridien brand, had to completely gut the building during the renovation, replacing everything from the plumbing, electric system heating and air conditioning from their original design from 1905. 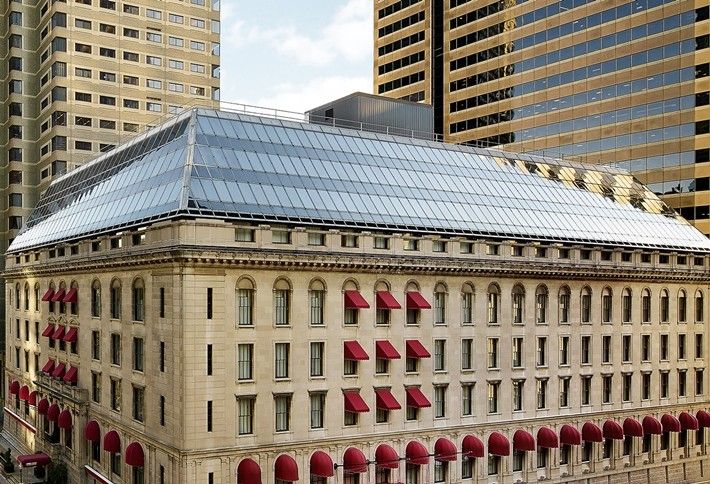 Built in 1922, the Langham (which also owns the upcoming Cordis brand) originated as the HQ for the Federal Reserve Bank of Boston. Now occupying the Renaissance Revival building, the hotel promotes a "British elegance" in its 318 rooms with views of Norman B. Leventhal Park and the Financial District. The Fed President's former office—with a 20-foot-high gold-leaf ceiling—is now an event room.

With solar panels on the roof and oyster shell recycling policies (which is apparently a huge concern for some), the hotel has been praised and has received awards for its green policies. It also features a yearly all-you-can-eat "chocolate bar" with chocolate dishes from all around the world. And this year's bar, based on various art styles, is going on now. It's OK if you want to run and pick up as much as you can. We'll wait.

While the High Line does keep things simple with its design—its Gothic brick facade and gated courtyard offer a little slice of solitude in the middle of Chelsea—no one would blame you if you were surprised to find out it used to be the General Theological Seminary and an apple orchard.  Built by Charles Haight in the mid-1800s, the hotel saw "Twas the Night Before Christmas" penned within its gates.

The hotel's not abandoning its historic roots, however, offering a hand-picked, one-of-a-kind antique decor and gas lamps in its gardens alongside its Intelligentsia coffee bar and paperless, tablet check-ins. 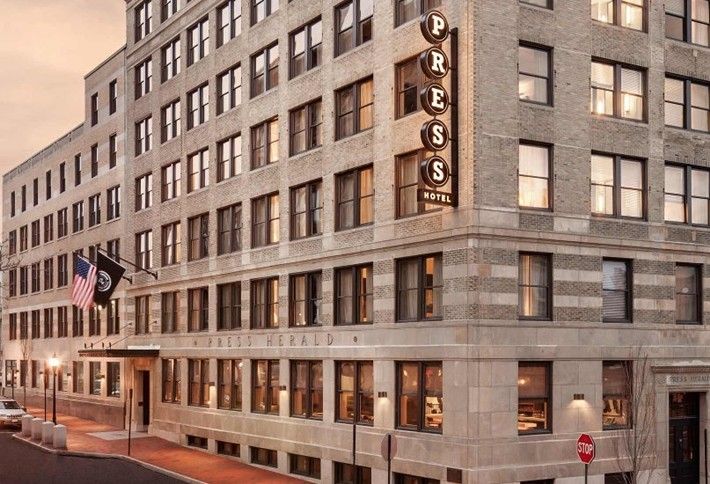 You wouldn't think a former newspaper HQ would make a good hotel, but the Press Hotel—restored just this past May—aims to surprise. The former home of the Portland Press Herald, the state's largest newspaper, was constructed in 1923 and held both the offices and printing plant of the Herald before it moved downtown in 2010.

In 2012, Portland developer Jim Brady announced plans to open Portland’s first independent boutique hotel at the building. The interior, with 110 guest rooms, was designed by Stonehill & Taylor, which used the model of a 1920s writer's office, offering vintage journalists' desks, herringbone rugs on wooden floors, art from local artists and chairs covered in writing. The newspaper’s “City Room” was repurposed as the Inkwell Bar, and many other rooms now are meeting spaces.

Many of the Herald's abandoned tools have also been salvaged, including a scale used for weighing the huge rolls of newsprint right down to the ounce, which will now be placed in the fitness center. You know, in case you wanted to give your doctor a super-precise weight at your next checkup. 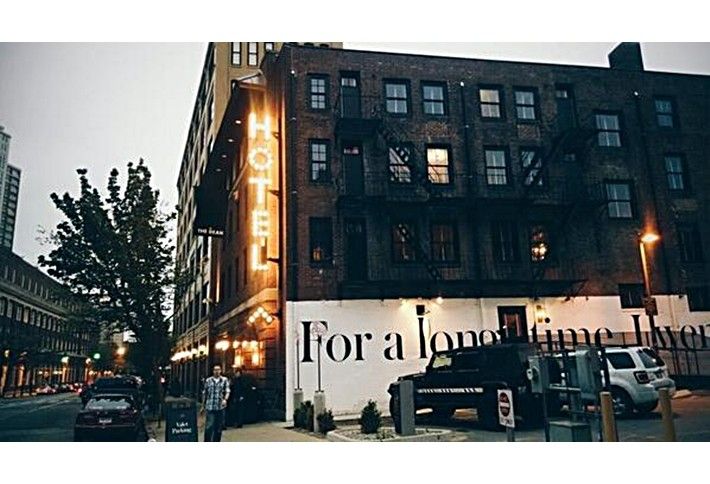 The Dean is the most "colorful" hotel on our list. Built in 1912 as a rescue mission for Rhode Island's Episcopal Diocese, the building was later a strip club, a seedy transient hotel, and then a long-standing, one-stop shop for "adult entertainment."

After its cleanup in 2014, the 52-room hotel is now sleek and "masculine" (their word, not ours), with turn-of-the-century tilework, vintage furniture from both Europe and the surrounding area, custom-designed beds, valets, rentable vintage bicycles, a karaoke bar, a cocktail den, and a Bolt Coffee Co café in the lobby. The Dean is now your one-stop shop for cool, artsy entertainment. 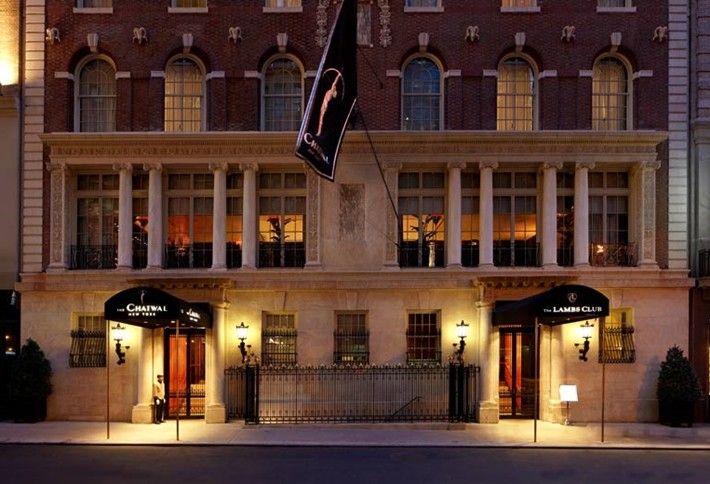 A longtime fixture on West 44th Street, the Lamb’s Theater ran Off-Broadway productions until 2007, when it closed to make way for the Chatwal. Before then, the six-story building, built in 1905, housed the Lambs, a fraternal club of theater professionals, including Fred Astaire, Mark Twain, Charlie Chaplin, John Barrymore and Douglas Fairbanks Jr. The Manhattan Church of the Nazarene bought the building in the 1970s, turning it into a mission, but it was quickly sold to the Lamb's Theatre Company in 1978, hosting the "Broadway for Kids" series.

Keeping the 1930s Empire Art Deco decor in its lobby and the Lambs Club restaurant, the 76-room  hotel is within walking distance of Times Square and features a 24-hour fitness center with an indoor current pool, a red door spa and a personalized consultation with a Krigler perfume expert so you can smell fantastic at your night to the theater. 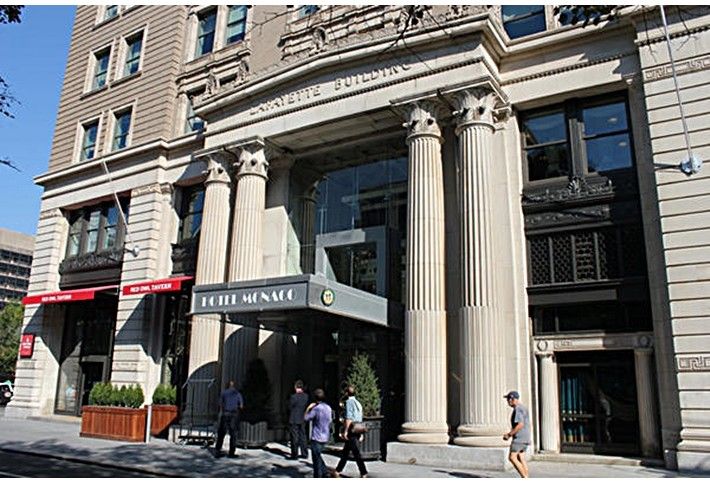 Built in 1907 by sailor, banker and philanthropist Steven Girard, the Lafayette Building—near Independence Hall and named after Revolutionary War hero Gen. Marquis de Lafayette—held the consulate of the Dominican Republic before being abandoned in 2005. The building was bought by a developer who planned to turn it into condos, but that never came through and the building lay dormant for years.

In 2012, Kimpton Hotels spent $89M to help reopen the 11-story building as the Hotel Monaco. The first-ever hotel on Independence Mall, the hotel boast 268 rooms, a 200-person ballroom, a street-level tavern, a 120-seat restaurant, 13k SF of meeting space, and a rooftop lounge with a bar and space for more than 300 people. The hotel pays homage to its historical roots and Girard himself, with hand-carved fireplaces and a glass chandelier in the shape of a sailboat and the building's original, ornate lobby. But it's not all history: new amenities, including rentable bikes, yoga mats in every room, an evening wine hour, valet service and a fully equipped fitness center. 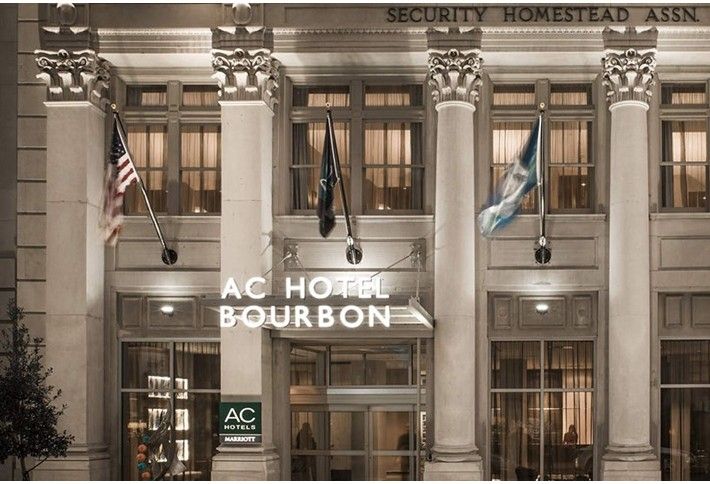 The Cotton Exchange was established by several major cotton growers in New Orleans in the late 1800s, hoping to bring a more stable price to the crops. The group innovated the collection and transfer of information about the cotton market by using a telegraph. In 1916, the building was deemed unsafe and the Exchange planned a replacement, but these plans were delayed and significantly downgraded by World War I. The resulting Renaissance-style structure was abandoned in 1964, after the decline of cotton in the South.

NewCrestImage CEO Mehul Patel—who also converted the Fisk Medical Arts Building in Amarillo, TX, into a Marriott Courtyard in 2010—spent more than $10M to convert the Cotton Exchange into one of the first AC Hotels in the US. With views of the city, state-of-the-art meeting spaces and a fitness center, the Cotton Exchange has a touch of modern chic. The Exchange's vault is being used as an office space, with the hulking metal door giving it a unique entrance. 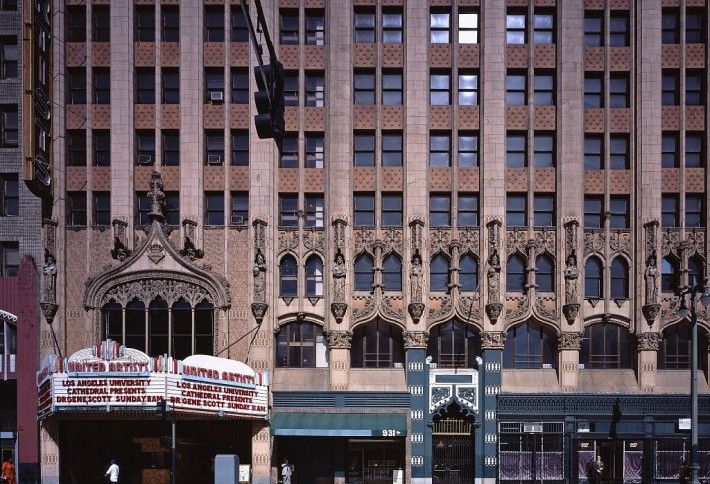 The Ace Hotel has had several previous lives. Built as the United Artists Building and later known as the Texaco Building, the 13-story, Spanish Gothic high-rise hotel was the tallest building upon its completion in 1927. The building still contains the United Artists Theater, the flagship for the United Artists motion picture studio–started by Charlie Chaplin, Douglas Fairbanks and Mary Pickford—that was the first major premiere house in LA. The three-floor, 1,600-seat theater was later used as a church for pastors Gene Scott and Melissa Scottunder, and held the largest private collection of Bibles.