Sandeep Mathrani, formerly the CEO of GGP, will replace the struggling company's interim co-CEOs, Sebastian Gunningham and Artie Minson, who were installed after the company's planned IPO collapsed last autumn. 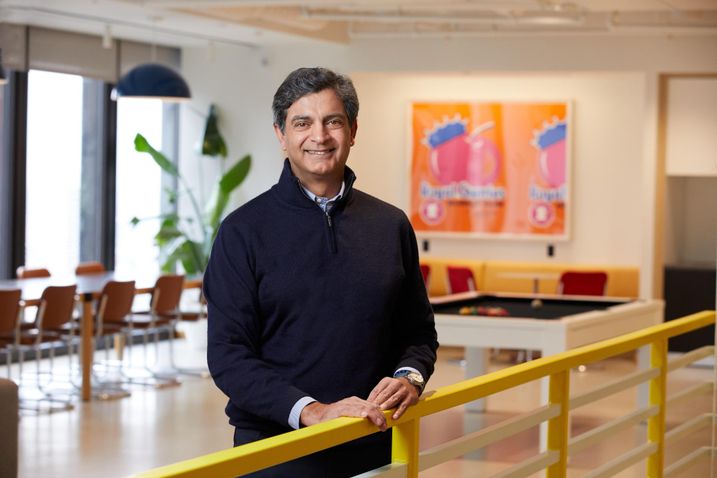 Once valued at $47B, SoftBank-backed WeWork imploded after its IPO collapsed, forcing it to sell off assets and reconfigure its C-suite.

All of that kept focus on the coworking pioneer's books for Wall Street and the larger coworking ecosystem, prompting massive write-downs on its valuation and leading to the ouster of founder and CEO Adam Neumann.

Mathrani will report to the company's executive chairman, Marcelo Claure, who is also the chief operating officer of SoftBank Group, WeWork's majority owner.

WeWork is currently on a five-year business plan to salvage what it can from its original business model, and will have over $6B from SoftBank to do so, according to The New York Times. T-Mobile US Inc. CEO John Legere was also reportedly considered for the job.

Mathrani will take over a company reeling from a disastrous attempt to go public last summer, after which its valuation was slashed from its $47B high-water mark in early 2019 to $8B when SoftBank took it over. It has since laid off thousands of employees, sold off some of its acquisitions and, among other cuts, shuttered its elementary school, WeGrow.

Mathrani will be the second permanent CEO in WeWork’s history after Neumann led the New York-based company through its meteoric rise and precipitous fall. As part of SoftBank’s takeover, Neumann was ousted and given a golden parachute reportedly worth more than $1B.

When Brookfield bought GGP for $15B in 2018, Mathrani took home $189M in cash and stock. Mathrani took over GGP in 2011 after a stint at Vornado, overseeing one of the largest owners of U.S. malls as it emerged from bankruptcy.

"Sandeep Mathrani, who was head of our retail group for nine years, won the contest to be the next CEO of General Growth Properties," Vornado CEO Steve Roth told investors in 2011. "Sandeep had always wanted to run his own company, and he deserves it."

Ethan Rothstein contributed to this report.