How Downtown LA Is Attracting New and Exciting Retailers

The Downtown retail market is growing and evolving, as increasing density brings more retailers to downtown and, in turn, is attracting shoppers and diners from throughout LA. We gathered some of the top names in retail development to discuss the future of the surging market. 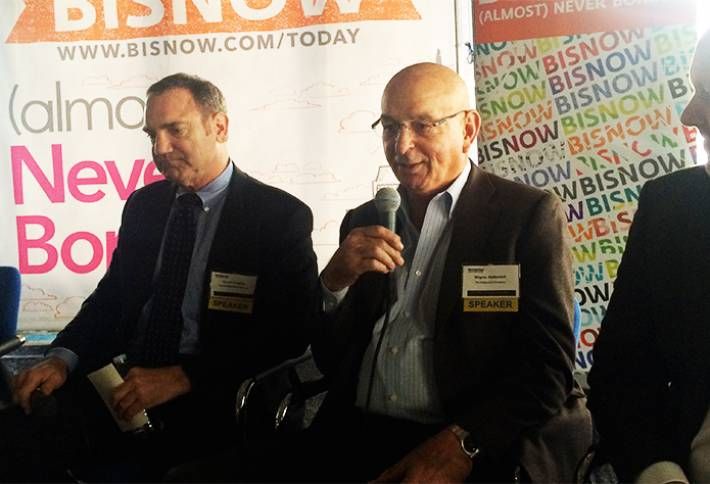 At Bisnow's DTLA: The Future of Urban Retail event at The Bloc last week, Ratkovich Co CEO Wayne Ratkovich recalled that he once said he'd never do another project in LA. But The Bloc’s location on top of a regional transit center was an opportunity he couldn’t pass up. Wayne admits the city has come a long way over the last 10 to 15 years. “It’s much better today than in the past—all about building a great city, and that enthusiasm is carrying over into City Hall.” 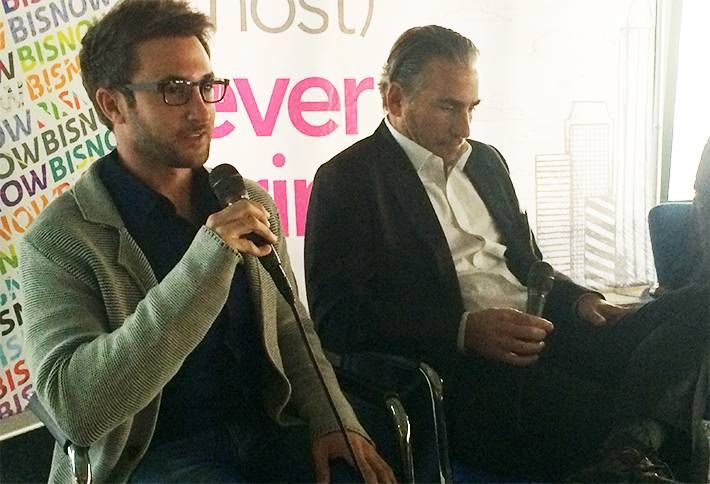 The various neighborhoods that make up Downtown LA are attracting tenants you would never have expected to land in Downtown just a few years back. The Runyon Group principal David Fishbein, who matches merchants and chef-driven restaurateurs with markets, says Downtown is now an exciting mix of restaurants and shops, with the best chefs and merchants. 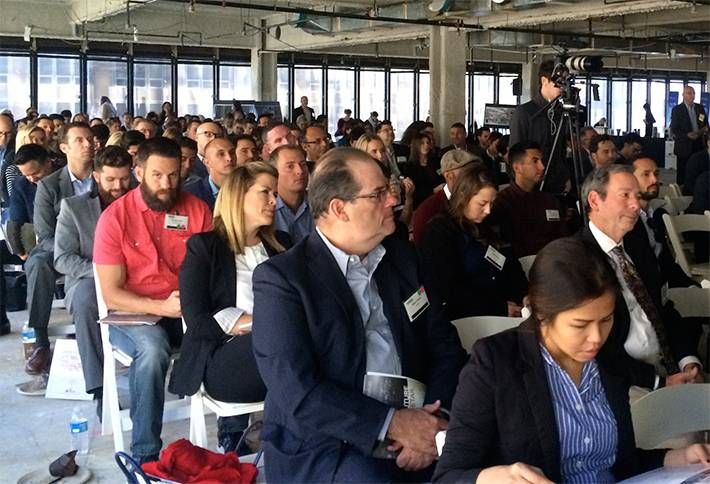 David notes the diverse collection of retailers in Downtown's six distinct neighborhoods are attracting customers from throughout the LA region. “A long time ago, people from outside coming to Downtown came to Staples, not for a retail experience," he says. He says a societal shift has taken place that has caused people to view Downtown differently. “Now they come to Downtown for a great dining experience, which is an experience you can’t find anywhere else—urban and authentic. Now people want to be here,” David says. 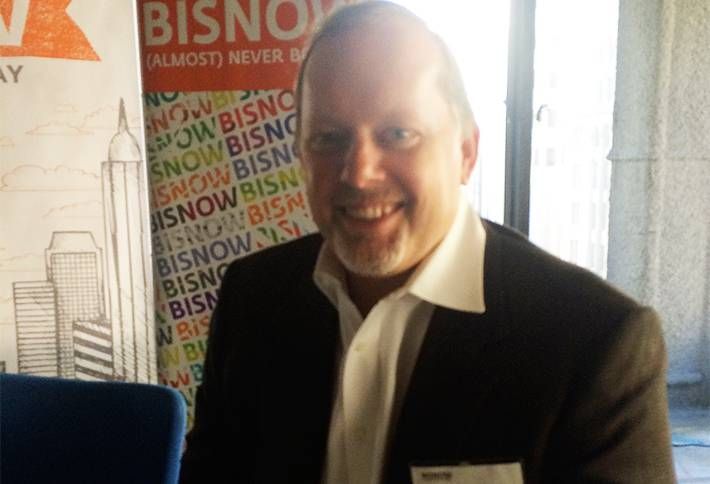 But the key is transit. Allen Matkins partner Peter Roth says retail projects near transit connectors for the Blue, Red, Purple and Expo lines will bring people to Downtown from throughout the region. 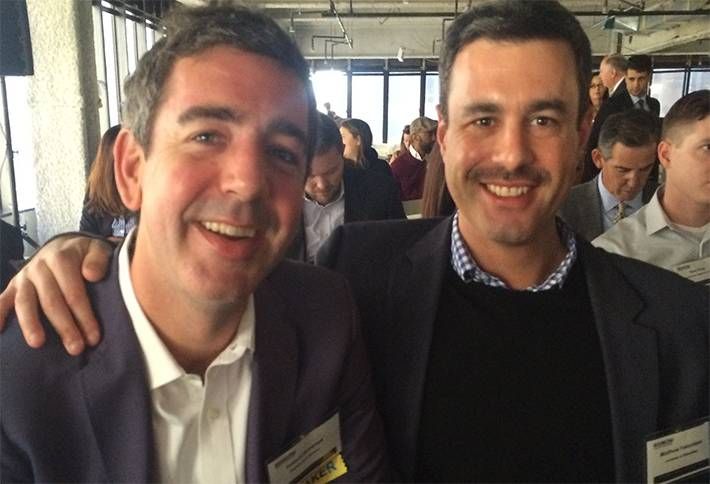 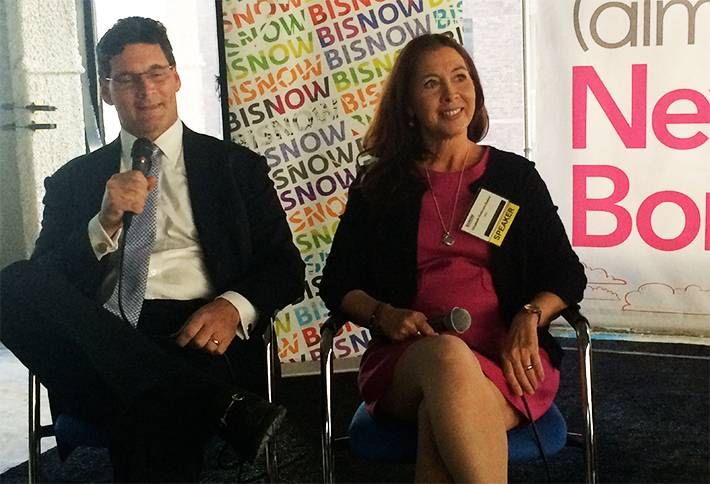 Westfield COO William Hecht (pictured with EPG CEO Liz Peterson-Gower) says his company is eyeing the Downtown market. He notes that over the last 10 years Westfield has been divesting its assets in secondary markets and investing in major urban core markets. “We look for demographics and urban mass,” he says, pointing out his company is under construction on $3.5B in SoCal retail projects and recently completed the Village at Warner Center, which along with the neighboring Topanga mall, is expected to do $1B in sales this year. He says that Westfield is in airports nationwide, including five LAX terminals. 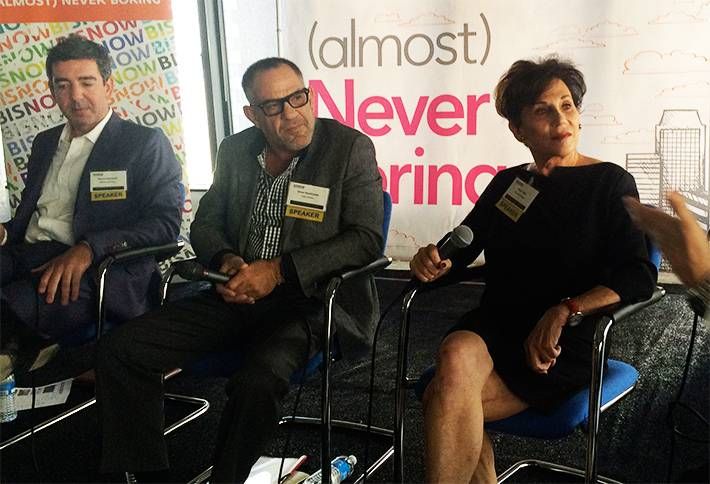 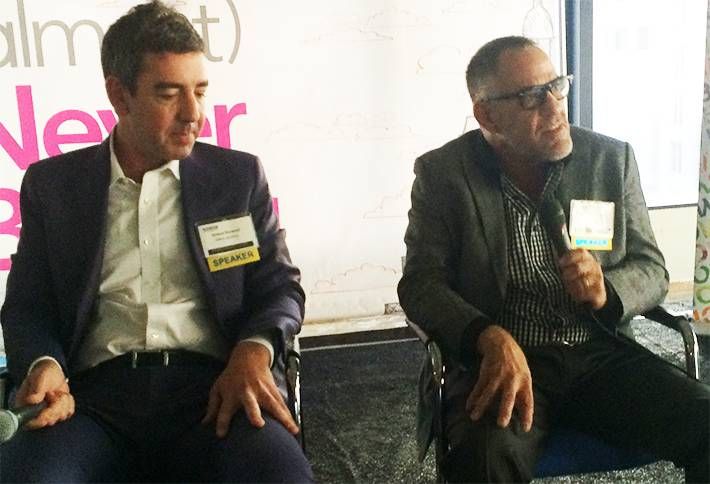 Emphasizing the need for retail at different price points, Steve (right with Sam) says everything is not going to be high-end retail and that there must be a place for smaller tenants. He notes the Historic Core’s S Broadway is a good mix, with high-end retailers, discounters, antique dealers and other unique types of merchandisers. 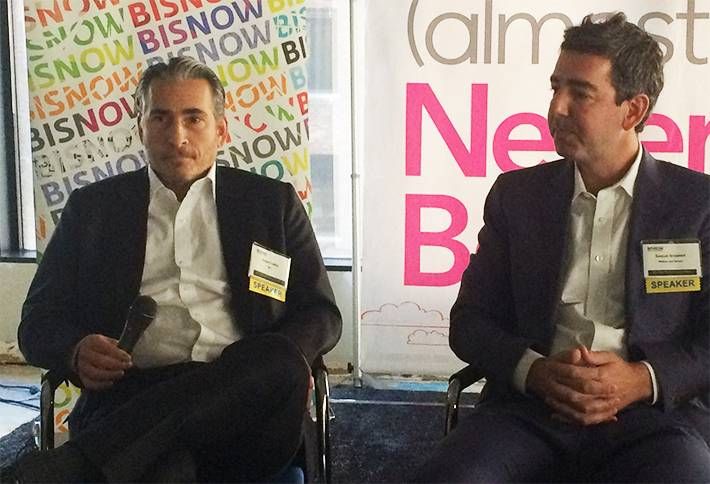 RKF vice chairman Robert Cohen (pictured left with Sam), who specializes in retail owner and tenant representation in Los Angeles and Manhattan, says Downtown LA is an emerging retail market and retailers love to be first in on something great. He's curating a diverse mix of retailers at the Broadway Trade Center, which includes high-end national brands, local one-of-a-kind shops and discounters. 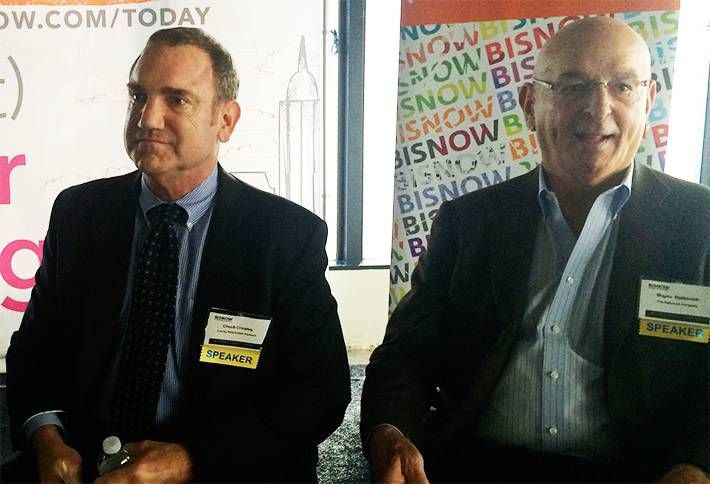 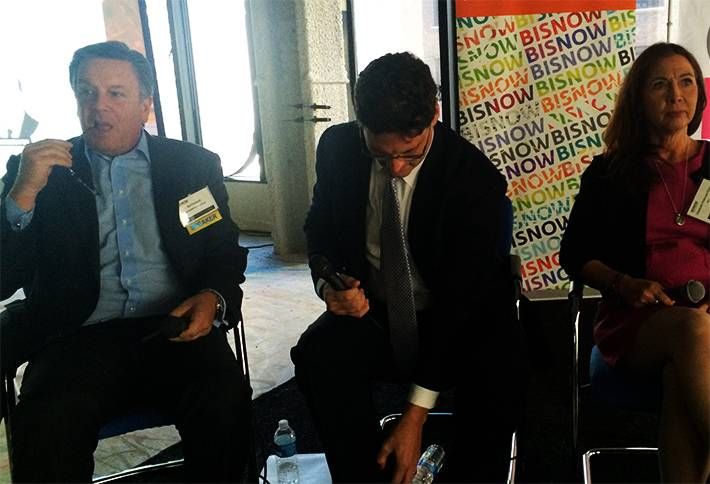 Brookfield Property Partners EVP Bert Dezzutti (left) says his company developed the FIGat7th retail project because “we were concerned that the area’s disrepair would affect leasing at our office properties.” He says it was important to create a sense of place, so Brookfield created the largest programmed center in Downtown. 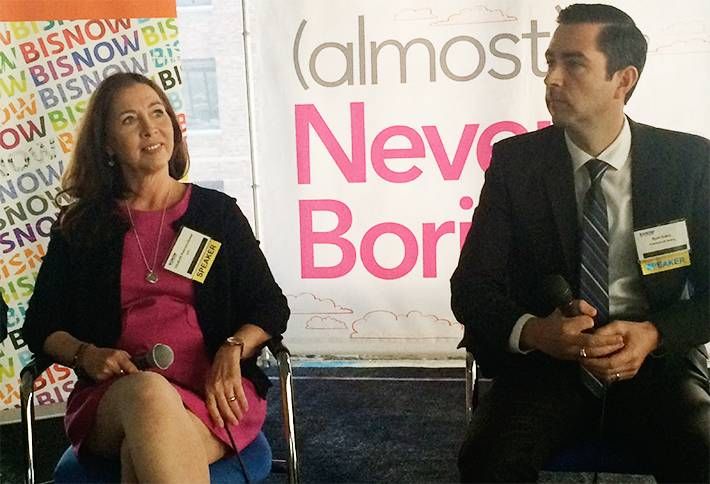 Liz (pictured with Greenland USA's Ryan Aubry) says it all started with the repositioning ordinance. She says that Broadway developers in the Historic Core are dedicated to developing community, rooftop gardens and a sense of place, noting that the first rooftop amenity was at The Standard Hotel. The next big step, Liz says, is figuring out how to connect Downtown’s six districts. 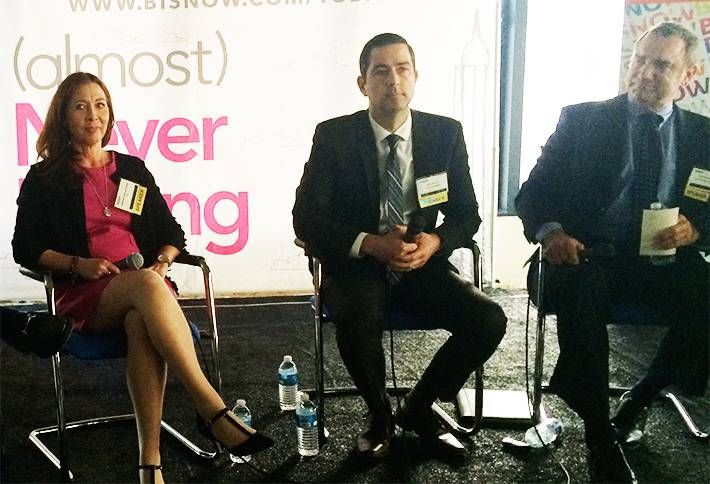 Ryan, whose company is of course behind the $1B Metropolis mixed-use project in South Park, points out the project is a gateway linking together South Park, the Sports & Entertainment and Financial districts. He says it is also a keystone project, because it’s next to the 110 Freeway and 300,000 people will drive by every day and see it.