Live, Play But No Work: Big Office Tenants Are The Only Thing Missing In Long Beach

Long Beach's downtown is thriving with new bars, restaurants, retail, hotels and other developments. The number of multifamily projects has been increasing in the past several years. 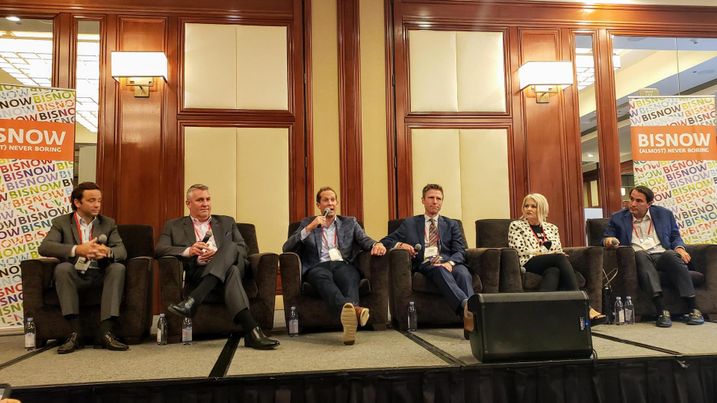 Urban Commons' redevelopment of The Queen Mary is continuing to attract more tourists and visitors as a full-fledged hotel, music and entertainment destination.

And due to the activity at the Long Beach Port and proximity to the Port of Los Angeles, the industrial market in the city has strong demand from prospective buyers, experts said at Bisnow's Long Beach Boom! event Tuesday in Long Beach.

But while all these other asset classes are thriving in the city's current renaissance, office is lagging far behind, Waterford Property Co. President John Drachman said.

"Absorption is low," Drachman said. "On the office side, it hasn't had the sort of boom as the other product types. In large part that's because we haven't seen the redevelopment of office assets that we've seen in other markets. I think it's going to behoove owners in Long Beach to continue to invest in their projects."

Drachman said while Long Beach rental rates are lower than in the Silicon Beach area in Los Angeles and Newport Beach and Irvine in Orange County, in the current race for talent, Long Beach office building owners need to up their game and renovate their older properties.

"Tenants right now are fighting for employees," Drachman said. "They are looking at their office space as one way to compete and that means they want new innovative projects and space. That is something that Long Beach, in large part, doesn't have compared to Los Angeles and Orange County."

The city's office product, especially in the downtown area, still needs a lot of improvements, Drachman said. Traditionally, the city's suburban office area next to the Long Beach Airport has performed well, with vacancy hovering around 10%. 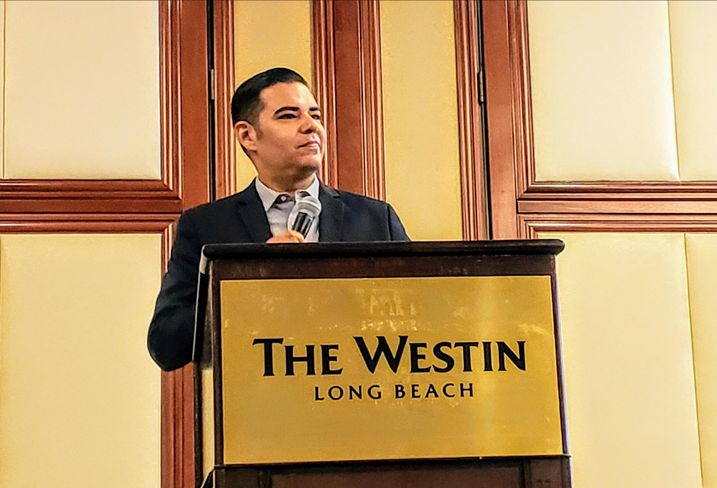 Downtown is a different picture. The city has about 4.3M SF of office inventory in the downtown market with vacancy around 18% year to date, which is a 3% increase from the previous year, according to city documents.

The average office asking rate in the city is about $2.50/SF.

"The one major difference between Long Beach compared to OC and LA is that you've seen a tremendous amount of new developments and redevelopments of assets in OC and LA. Within the city of Long Beach you still see a lot of older office stock built in the 1980s and early 1990s that hasn't been redeveloped or touched."

At the event, Long Beach Mayor Robert Garcia spoke about the city stepping out of Los Angeles' shadow and becoming its own world-class city along California's waterfront, rivaling San Francisco, San Diego and similar-sized cities across the nation.

Garcia said Long Beach has the same population as Atlanta. It has more people than Cincinnati, New Orleans, St. Louis, Pittsburgh and Miami.

Yet, Garcia said, many still view Long Beach as a small or midsized city.

Long Beach is seeing a large influx of development. 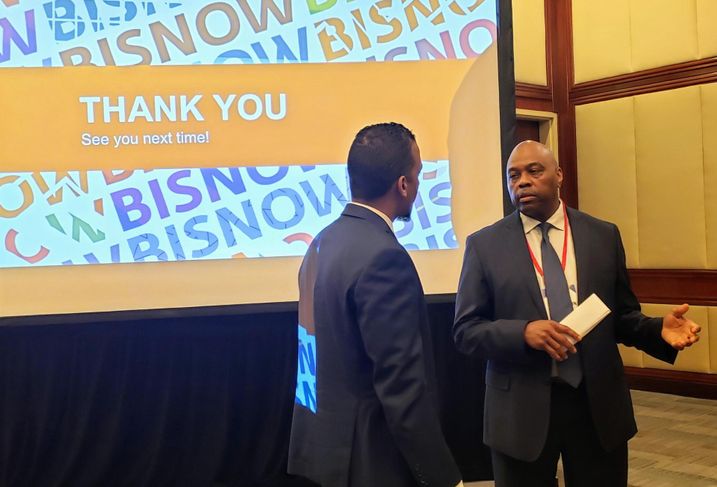 City officials said there is more than $5B in public and private investment currently in the city. More than 73 projects are either under construction or in the pipeline, and many of those are in the city's downtown.

In the next few years, about 5,600 residential units will come onto the market, according to city officials.

The Los Angeles County Metropolitan Transportation Authority is investing in rehabbing the city's Metro Blue Line. The city has invested millions of dollars to improve the streetscape and several venues are being renovated in preparation for the 2028 Summer Olympics in Los Angeles, where the city is hosting several sporting events.

Garcia is making a big push to lure the Los Angeles Angels baseball franchise away from Anaheim.

Along with the new retail projects like 2nd & PCH and the redevelopment of the Queen Mary and other projects planned in the near future, Long Beach is on its way to becoming a true live-work-play destination, Garcia said.

Drachman said from an office perspective, things are changing. Some office owners in the downtown area are beginning to renovate their older buildings.

The owners of Landmark Square, a high-rise office building in downtown, is undergoing a major renovation project; so is the former 200K SF Salvation Army building, which sold to a new ownership group last year.

After acquiring One World Trade Center, or 1WTC, in 2015, Drachman's company invested $25M in renovating the 27-story, 575K SF building in downtown. He said the investment made last year has already paid off. Lease transactions and rental rates are up.

"Office tenants want that live-work-play environment," he said. "They want those amenities on-site. They want the conference facilities, gyms and all those [things] ... By investing in that, we've seen a positive effect."