Urban Commons Moves Ahead With Redevelopment Of Queen Mary Hotel

Urban Commons is pushing ahead with its revitalization of the historic Queen Mary ship in Long Beach.

The Los Angeles-based real estate investment and development company announced on Tuesday it is undertaking the next phase of renovations for the historic ship docked on the shores of Long Beach. 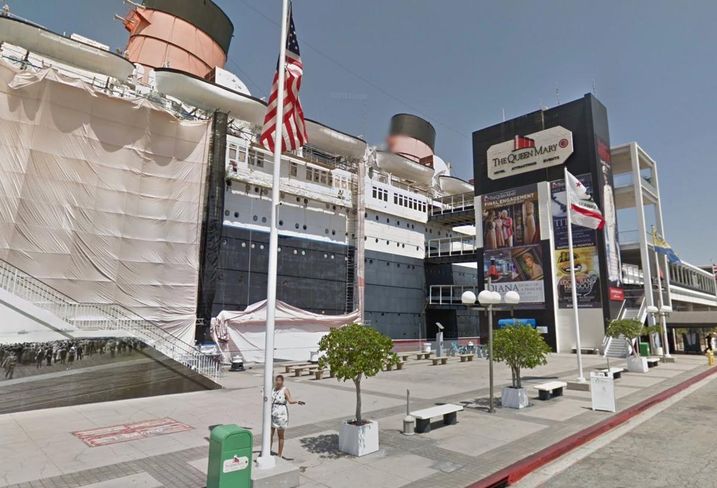 "Restoring or even maintaining a historic vessel like the Queen Mary is not something that is accomplished overnight,” Urban Commons Chief Development Officer Dan Zaharoni said in a news release. “We knew this would be a long road and that the end product would be something of great importance to the Long Beach community which is why we were eager to roll up our sleeves and get to work from day one."

A British ocean liner, the Queen Mary has been docked in Long Beach since its last voyage in 1967. The city of Long Beach purchased the historic vessel and with various partnerships with local operators through the years, it has been converted into a hotel with restaurants, a museum and other tourist attractions.

Since taking over the 66-year lease from Garrison Investment Group for the Queen Mary in 2016, Urban Commons has slowly worked on renovating and upgrading the 83-year-old ship and 346-unit hotel.

The company has made structural improvements in the boiler room of the ship that allowed the popular Ghosts & Legends attraction to reopen. Given its unique past, the Queen Mary serves as a popular haunted attraction every year during Halloween.

Work has been done on the roof and deck as well as updates to the ship's fire sprinkler system. The exterior hull has been painted and rust removed.

The renovation of the Queen Mary is part of a much larger renovation plan for the 45-acre oceanfront area around the ship. Along with the ship renovation, Urban Commons is reportedly investing $250M to develop more retail, dining and entertainment options next to the ship.