Almost two years after acquiring an 8-acre site from the Wanda Group to control 17.5 contiguous acres in prime Beverly Hills, a JV of Alagem Capital Group and Cain International has unveiled its $2B plan to redevelop the former Robinsons-May department store site and a nearby gas station.

A spokesperson for the JV declined to disclose a timeline for the project. 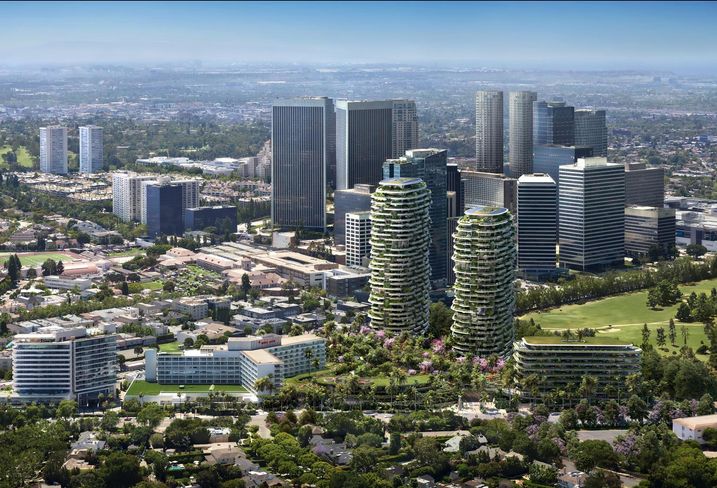 The One Beverly Hills mixed-use development will integrate with the JV's two existing high-end hotels, the Waldorf Astoria and Beverly Hilton, to make one massive luxurious area, the JV said in a statement.

The JV said it plans to build a new luxury hotel with 42 suites and 37 residences, two additional residential buildings totaling 303 residential units, a four-story pavilion with commercial space for restaurants and retail, and 10 acres of open space including lush gardens.

Of that, 8 acres will be a botanical garden with more than 300 different species of plants and trees and 2 miles of walking paths, one reserved for the public and another for hotel guests and residents.

"We have residents and a city council whose vision for the future allows us to present architecture, landscaping, and technology that results in a breathtaking development," he said. "Wellness drives our design for the residential buildings and ultra-luxury hotel which integrate the most advanced technologies for healthy living."

It has been almost two years since Alagem and Cain acquired the site at 9900 Wilshire Blvd. from the Wanda Group, which first acquired the property for $420M in 2014 for its own grand visions of creating a mixed-use megadevelopment on the site.

But Wanda faced several challenges and abandoned the project in 2018, selling the property and others when the Chinese government told companies to halt overseas real estate investments. 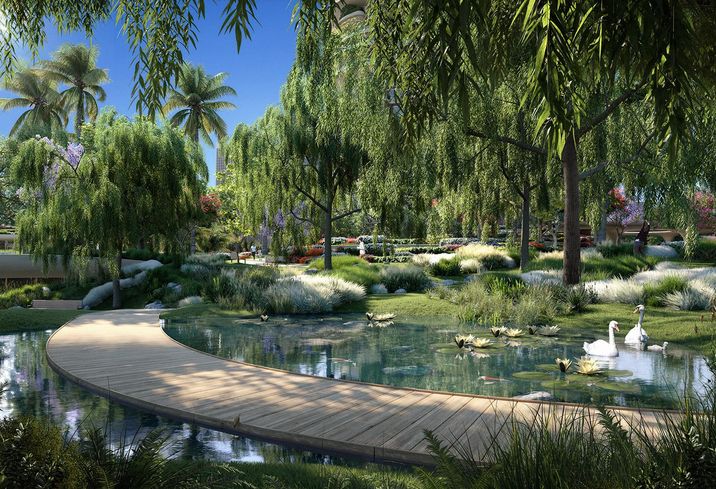 The JV said Foster + Partners is designing the project. Gensler is serving as the executive architect.