A Los Angeles City Councilman who once served as chairman of the city's powerful planning commission board has been arrested by federal authorities for allegedly operating a pay-to-play scheme with foreign real estate developers.

The FBI arrested 51-year-old Jose Huizar at his home in Boyle Heights on Tuesday, according to reports. 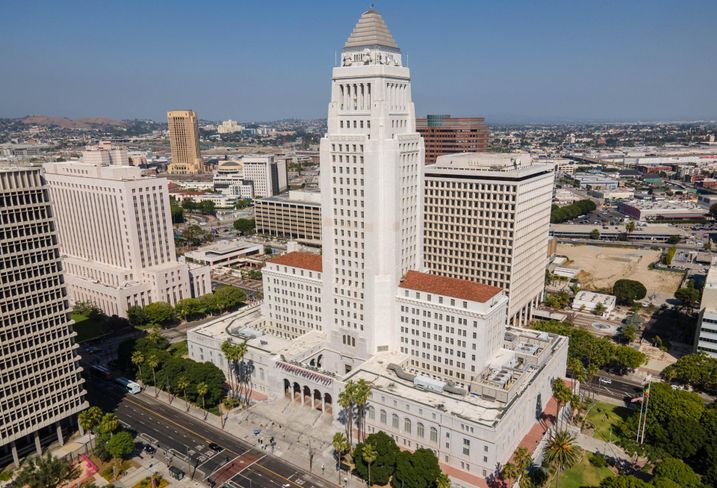 Authorities allege that Huizar used his position at City Hall to solicit and accept bribes and other financial benefits to enrich himself and his underlings. In exchange, Huizar would use his powerful political position to streamline and support real estate development projects in his district that included downtown Los Angeles, authorities said.

“This case pulled back the curtain on rampant corruption at city hall,” United States Attorney Nick Hanna said in a statement.

Huizar is the second Los Angeles councilman to be indicted and arrested recently in an alleged pay-to-play scheme with real estate developers.

In March, former councilman Mitchell Englander turned himself in to federal authorities after being named in a similar but separate indictment. Englander, who resigned suddenly in 2018 after serving seven years on the council, is expected to plead guilty next month, authorities said.

Huizar has served on the city council since 2005 and once headed the Planning and Land Use Management Committee, which oversees the major real estate developments in the city. Huizar was stripped of that position when the FBI began investigating him in 2018.

Huizar represents District 14, which includes downtown Los Angeles and the northeastern part of Los Angeles. Much of his district has experienced a commercial real estate boom in the past decade.

In a 116-page indictment, authorities allege Huizar and an unnamed individual, described as a former general manager in the city's building department, created an enterprise as a way to keep their political and professional positions in the city.

The individual introduced Huizar to Chinese real estate developers, who over time allegedly provided money and other benefits to Huizar, his associates and family members.

The allegations include Huizar accepting $800K in benefits in exchange for allegedly helping a Chinese developer to redevelop a property in Huizar's council district to build the tallest building west of the Mississippi River.

Authorities also allege that another real estate firm with ties to China hired a Huizar associate, funded a Huizar family trip to China and contributed $100K to a political action committee to help elect one of Huizar's close relatives in exchange for his support for the development of a large mixed-used project in his district.

The complaint alleges other unnamed developers were pressured to make donations or hand out bribes, while some allegedly paid Huizar a monthly retainer in exchange for his support on certain projects, authorities said.

“Mr. Huizar was busy enjoying the fruits of his alleged corruption while his criminal enterprise sold the city to the highest bidder behind the backs of taxpayers,” said Paul Delacourt, the assistant director in charge of the FBI’s Los Angeles Field Office, in a statement.

Huizar is the fifth person to be charged in an ongoing corruption investigation being conducted by the FBI and U.S. Attorney’s Office. The other four defendants have agreed to plead guilty.

Huizar faces a maximum sentence of 20 years in federal prison.