With More Than 30 Projects In The Pipeline, LA's Arts District Is Booming

When Greystar Senior Development Director Vince Manzenberger first scouted the Arts District neighborhood of downtown Los Angeles in the early 2010s, he could see the area's vast potential. Among the warehouses and brick industrial buildings that have stood for more than 100 years, the neighborhood was coming into its own. 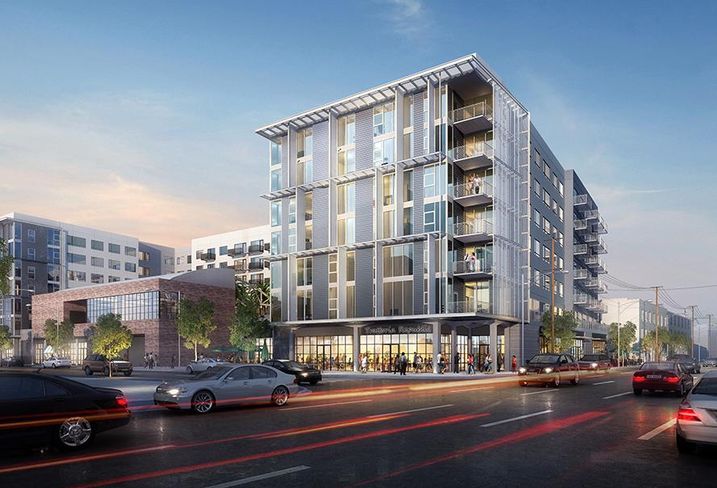 Steinberg Architects
Rendering of Amp Lofts in the Arts District.

Retail stores and condominium projects were performing well during that time. There was a certain vibe about the place, Manzenberger said, the result of an area embracing its past, present and future.

"You saw the potential taking shape," Manzenberger said. "You saw what Shorenstein [Properties] did with the Ford Factory building. We felt the area offered an urban living environment that set itself apart from broader Los Angeles."

Manzenberger is speaking at Bisnow's The State of the LA Arts District event on March 17 in downtown Los Angeles.

Once a niche neighborhood for artists in the 1970s and 1980s and a trendy destination with murals splashed on buildings, the Arts District is becoming a live-work-play environment. Today, it is one of the hottest neighborhoods across Los Angeles, where construction crews are common sights.

Warner Music Group, which acquired the Ford Factory building from Shorenstein last year, will operate its regional offices in the Arts District. Spotify is moving in soon at the At Mateo development, and a couple of years ago, Adidas moved into Atlas Hospitality's The Row. A micro-amusement park, Two-Bit Circus, also opened in the area in 2018.

With major tenants moving in, residential and other developments are picking up. There are more than 30 projects either in construction or proposed in the area, according to research from the Downtown Center Business Improvement District. The DCBID is a coalition of property owners that promotes economic development in downtown.

"We're actively preleasing," Manzenberger said. "We're seeing a couple of leases a week. With all of the other residential developments [opening], that speaks to the desire to live in the Arts District." 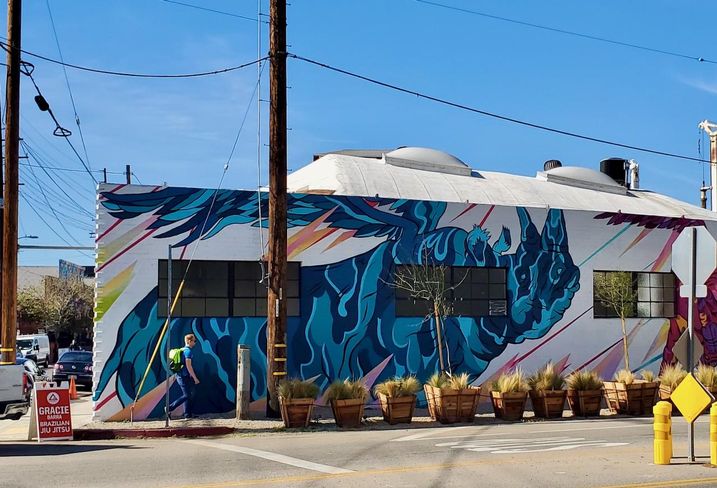 Bisnow/Joseph Pimentel
A mural on the outside of Union Cowork in the Arts District neighborhood in downtown Los Angeles.

Neman said the Arts District is becoming the "cultural epicenter of downtown."

"It's low-rise, less traffic," Neman said. "There is an authentic feel to it, the architecture, the buildings and the people."

The one thing missing from the Arts District, though, is public transportation, Manzenberger said. But it might not be for long. The area is well-known for its parking challenges, but Los Angeles County Metropolitan Transportation has a plan to build a station near the Arts District.

"The Arts District is fast becoming a neighborhood on its own," Manzenberger said. "It's no longer just a destination to visit. People are building their lives in the Arts District."