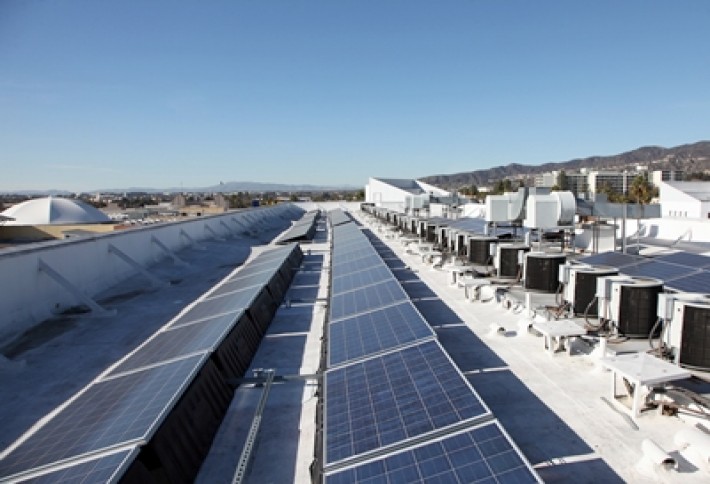 That means the $125k system will counter 69,000 pounds of carbon dioxide emissions, 7,900 pounds of smog emissions, andnearly 11,000 pounds of acid rain annually, according to the EPA carbon footprint calculator. The affordable seniors community opened in 2000 and has 146 units on top of 60k SF of street-level retail/office spaceand subterranean parking.The measures are part of the company's "designs for people and planet" initiative. 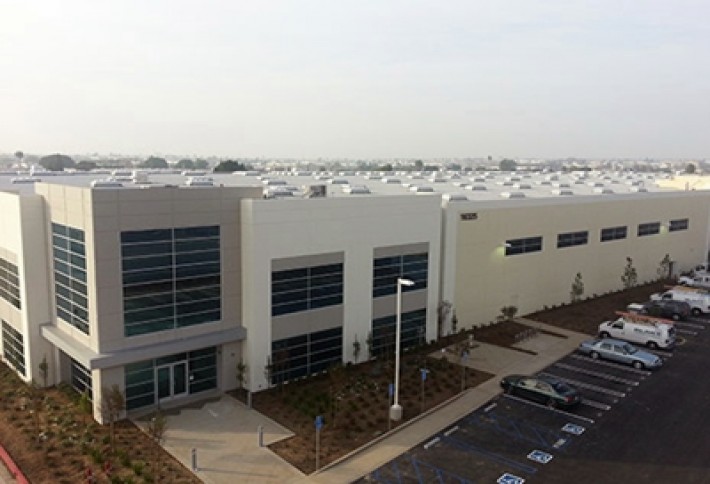 Vallarta Supermarkets bought The Grove--a 101k SF neighborhoodretail centerin Bakersfield--for $14M. The transaction reflects a growing trend for regional grocery chains to own the centers they anchor, according to Colliers International's Tom Lagos. He and El Warner were retained by a court-appointed bankruptcy receiver to sell the property; their efforts resulted in 14 offers from qualified investors, driving value10% above projections. Vallarta, which plans to open a 42k SF supermarket, exercised its right of first refusal to make the acquisition.

Marcus & Millichap's Jonathan Nikfarjam repped the buyer and seller, both private investors, in the $1.4M sale of a 14-unit apartment building in Hawthorne (4047 W 136th St). 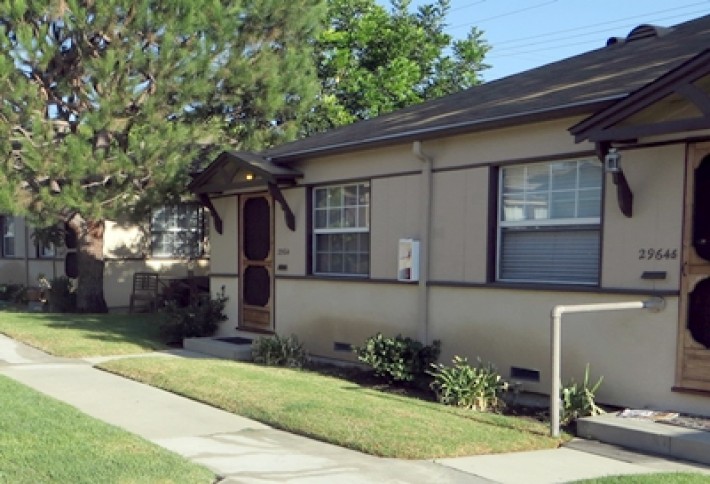 Marcus & Millichap's Ron Harris and Michael DiSimone repped both sides in the $4.6M sale of Robertson Apartments, a 40-unit complex in Palms. This was the first time the property had been on the market in 40 years, attracting a double-digit number of offers in the first week. 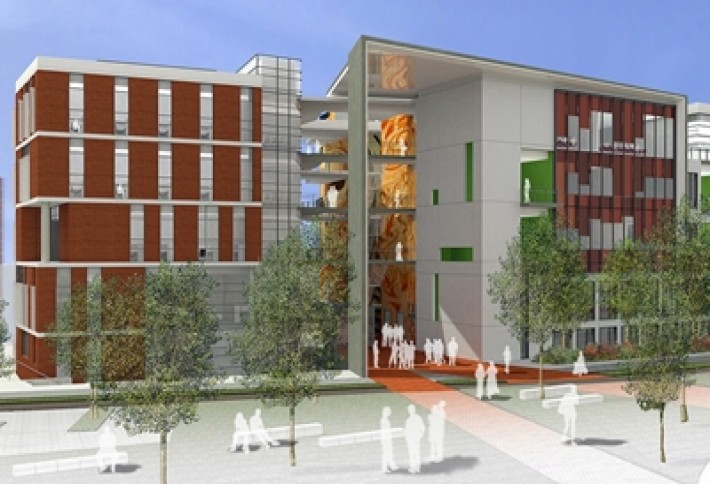 Construction began on the $55M Student Success and Retention Center at East LA College in Monterey Park, part of the campus' ongoing initiative to build state-of-the-art, sustainable structures. Designed by HGA Architects and built by Pinner Construction,the 136k SF design-build projectwill consolidate various departments to create learning environments for the diverse student body.(We know they're good students because they spend all their time indoorsstudying, making them pale as ghosts.) Slated for completion in late 2014, thefacility is designed to achieve LEED Gold and has a future net zero energy plan.

Johnson Capital's Greg Richardson and Scott Watson arranged a $21M loan for The Summit at Calabasas, a nearly 72k SF retail property in Calabasas. Built in 2011, the center is 95% leased and anchored by specialty grocer Maddy's Market. 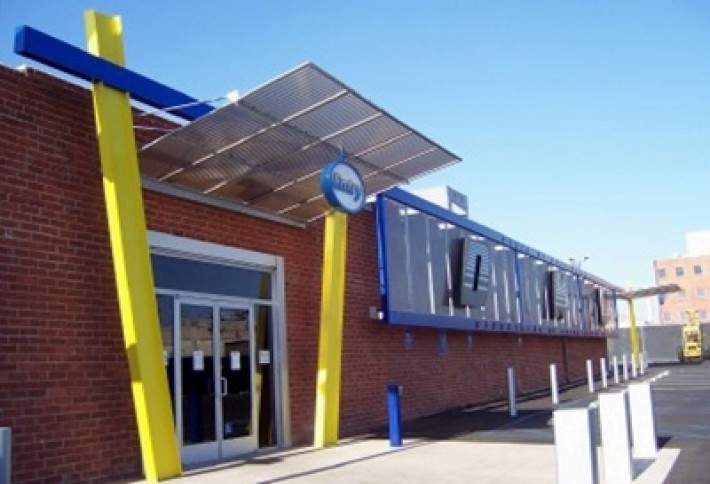 Sure, this building has a lot of counters, but don't try to order a burger and fries.The DMV West Hollywood--designed by WEDO Architecture--wasawarded LEED Silver. The project, which remodeled a 1946 Hollywood studio auto service building, combines SoCal car culture and mid-century "Googie architecture" (think brilliant colors and wild geometry) with green building techniques like a cool roof to prevent the heat island effect. 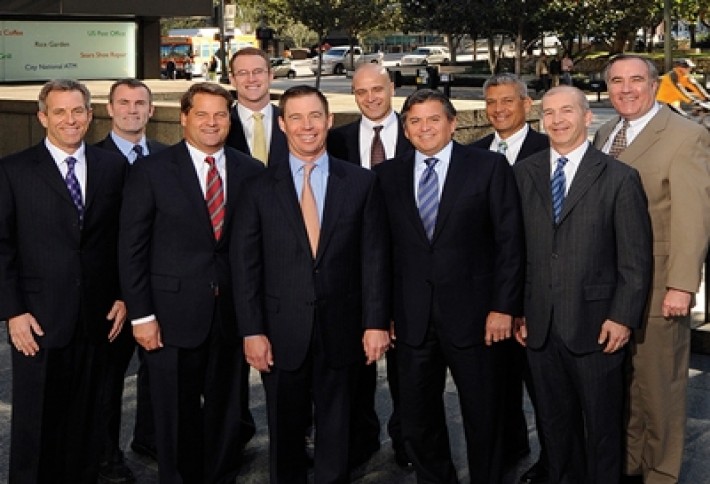 Veteran office broker Nico Vilgiate joined Colliers International as an EVP in the Downtown LA office, where he'll continue to specialize in tenant representation and commercial property leasing and sales. He's been involved in more than 15M SF of transactions over the past 19 years,most recently as an SVP with CBRE.

Land use and environmental lawyer Damon Mamalakis joined Armbruster Goldsmith & Delvac. He comes to the boutique land use law firm from Latham & Watkins.

Mixed-use expert Gabe Kadosh joined Stream Realty's LA office as VP of retail. He comes to the firm from May Realty Advisors and also worked at The Piken Co.

Danny Givertz, who oversees the LA office of Hunter Hotel Advisors, was promoted to SVP. He joined the firm in January 2010, responsible for building Hunter's West Coast presence.

Carlos Vigon joined CBRE's Multi-Housing Groupas an SVP. The 24-year veteran was previously with Grubb & Ellis and Wilshire Holdings, aprivate equity firm he founded in 2000, and has closed more than 500 transactions.

Robert Cooper, Daniel Guggenheim, and Michael Soejoto were promoted to partners in the LA office of Pircher, Nichols & Meeks.