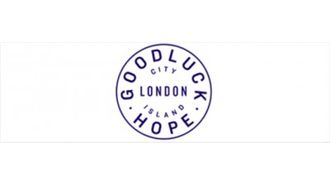 The Transformation Of East London: Embracing An Island In The City

Where the River Thames meets the River Lea, an urban island sits between the city of London and the water. Once the centre of London’s industrial and manufacturing activity, the island has maintained the spirit of work through a series of workspaces occupied by a new generation of creatives and innovators. London City Island’s distinctly urban buildings, bridges and walkable streets, paired with several acres of green space and easy access to the waterfront, make it an attractive destination for people who want to escape the chaos of the city without leaving behind the business opportunities, arts and culture it has to offer.

This is the new East London.

The development team at Ballymore had this concept of regeneration in mind when they came up with the idea to transform a large part of Leamouth Penninsula into a mixed-use community, which they would call Goodluck Hope. The community will serve as a gateway between London and the rest of the world, located near the international commercial hub of Canary Wharf and connected to several forms of modern transportation.

“Our vision for Goodluck Hope has always been to create a culturally rich, inspiring riverside neighbourhood community with a focus on innovation at its heart,” Ballymore Managing Director John Mulryan said. "The area has a strong industrial heritage and we wanted to build on that, creating an environment that enables artisans and creative individuals to come together to meet, work and share ideas.”

A New Kind Of Industry

In the 19th century, some of London’s largest manufacturers marked their territory in the docklands. In 1846, the area began attracting workers to chemical, shipbuilding and sugar refining factories. Rather than forget the island’s past, the Ballymore development team wanted to preserve its rich history as an industrial hub, and build on it. The structures throughout the island are constructed with steel and other strong materials, a nod to the area’s industrial past.

Courtesy of Ballymore
Trail and greenery along the water

Ballymore also intentionally designed Goodluck Hope to attract the artists and innovators shaping the modern economy. Its 1595 clubhouse, for instance, provides workers an opportunity to collaborate with like-minded thinkers and entrepreneurs in an atmosphere that encourages and inspires creativity. The clubhouse offers a coworking space fully stocked with books and decorated with plants. Floor-to-ceiling windows provide an avenue for natural light to enter the workspace. The 1595 clubhouse also features a courtyard, a pool, a steam-house and a movie theatre, making leisure activities accessible to workers.

The list of commercial tenants that will inhabit the island also speaks to a growing presence of creative industries. The Wharf Brewing Co. plans to not only serve beer, but demystify the art of beer making. Visitors can find out how beer is made and participate in the brewing process. A nearby floral shop, Island Florist, will offer flowers for sale, and welcomes the community into their workroom to learn and practice the art of floristry.

“[This area] will soon be home to some of London’s leading cultural institutions, including English National Ballet and The London Film School,” Ballymore Head of Sales Jenny Steen said at Bisnow’s Future of East London event. “Their relocation will ensure that artistic performance and creative displays become a permanent feature of island life and we eagerly anticipate their arrival.”

The project will also feature The Line, a free and accessible walking path that integrates elements of art, dance and music along the island.

Goodluck Hope’s is one of the most connected areas within London. It is accessible to London’s most popular sites by several modes of transportation. The Jubilee Underground Line takes people from the nearby Canning Town station to Bond Street in 19 minutes, while the Docklands Light Railway can transport people to Greenwich in 23 minutes. Heathrow Airport will be accessible via Crossrail in under 40 minutes when the line opens next year.

For those looking for a more scenic waterside travel experience, a proposed Thames Clipper stop at Trinity Buoy Wharf would take people to other waterfront neighbourhoods, including London Bridge and Westminster Pier. The boat service will begin operating at this location in 2019.

Goodluck Hope is scheduled to open in 2020, but it is only the start of concerted efforts to make East London an attractive place to live and work. By preserving history while acknowledging opportunity for growth, Ballymore will continue to provide physical spaces for artists, innovators and entrepreneurs to thrive in London.

This feature was produced in collaboration between Bisnow Branded Content and Ballymore U.K. Bisnow news staff was not involved in the production of this content.