A drastic influx of investment dollars into low-income, urban communities around the U.S. through the federal opportunity zone program has led to skyrocketing property values and fears of gentrifying neighborhoods and displacing residents.

The city of Houston is fighting against that fate. Officials released a prospectus identifying key development opportunities in five Houston neighborhoods that have been designated as opportunity zones: Third Ward, Near Northside, Second Ward, Acres Homes and Gulfton.

“If this program is handled correctly investment can flow into these communities,” city of Houston Economic Development Deputy Director Gwen Tillotson said. “The plans say, ‘this is what we need in our community.’ To the extent that we can align those needs with this program, I think we will achieve the maximum value of this program.” 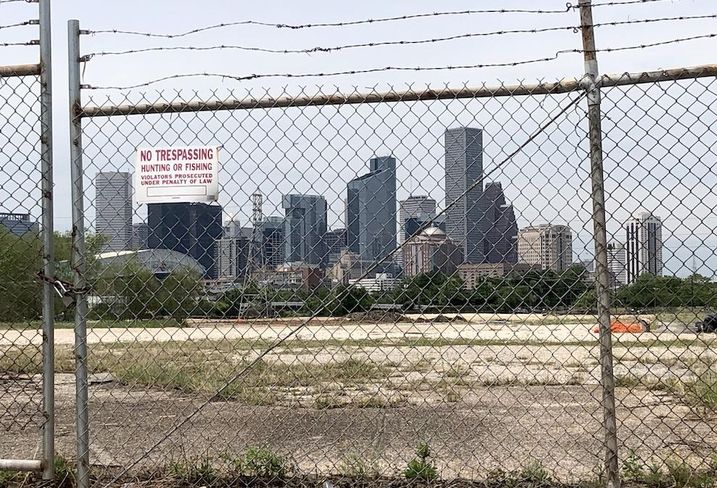 The city’s prospectus has outlined a need for multifamily, retail, single-family housing and banking in the five neighborhoods. It also presented development opportunities in the Innovation Corridor and other incentives that support revitalization efforts.

A need for more grocery stores was also flagged, as many of the areas are categorized as food deserts. Many communities have also already developed comprehensive community revitalization plans.

Many communities anticipate the opportunity zone program will spur much-needed economic stimulus through business investment, job growth or development. Access to capital has been the roadblock keeping many of the designated communities from reaching its highest potential, Tillotson said. By providing a financial perk to building in these areas, the opportunity zone program may help healthy improvement in these neighborhoods take hold.

The five neighborhoods are also a part of Mayor Sylvester Turner's Complete Communities program, which recently received a $10M gift to establish a new fund to help revitalize the targeted local communities. The goal is to raise $25M, according to the Houston Chronicle. Developers may also partner with the Houston Housing and Community Development Department for Community Development Block Grant funds through the U.S. Department of Housing and Urban Development to reinvest in specific property types in these areas.

Tillotson calls for investors and residents to be on the same page and find mutually beneficial development.

“If we get those two pieces right, there is a less likelihood of displacement and gentrification," she said. "In many cities, this is what they are trying to mitigate, negative and unintended consequences to these communities."

Here is what the city would like to see in five of Houston’s underserved opportunity zones: 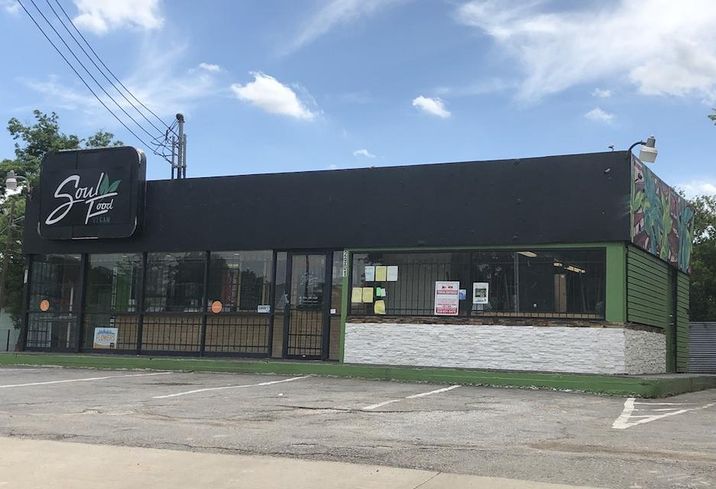 Third Ward is a historic African American community southeast of Downtown Houston. The area has fought over the decades to prevent gentrification from stripping away the cultural essence of Juneteenth Parades at Emancipation Park and the prominence of black-owned businesses.

The city spent $34M to renovate Emancipation Park and has declared the stretch an economic corridor. A number of developers are building condos in place of ramshackle single-family homes. H-E-B recently broke ground on a 90K SF store at North MacGregor Way and Highway 288.

Third Ward is home to two major universities, Texas Southern and the University of Houston. It is also centrally located with a light rail to Downtown Houston and the Texas Medical Center. 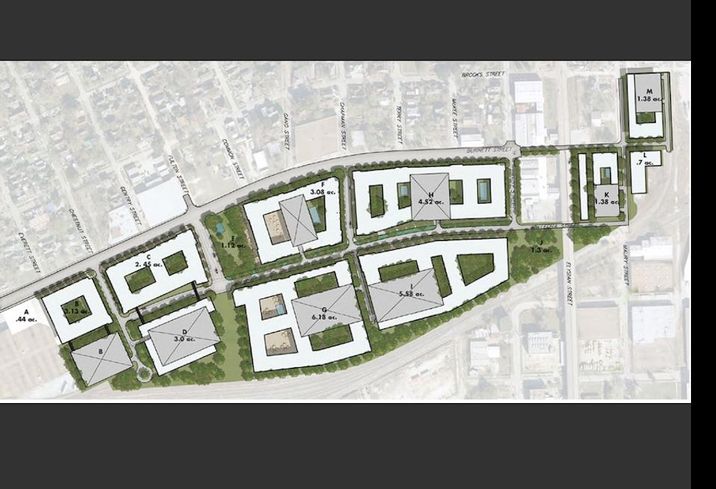 The Near Northside community's boundaries are Interstate 45, Hardy Street, Burnett Street and roughly Cavalcade Street. The corridor includes Hardy Yards, a 36-acre industrial land tract, which is held by Austin-based Cypress Advisors, according to the prospectus.

Hardy Yards is primed for a mixed-use development with access to the light rail’s Burnett Street Station. The prospectus identifies it as an ideal location for a multi-use transit oriented development. The University of Houston-Downtown is also nearby. 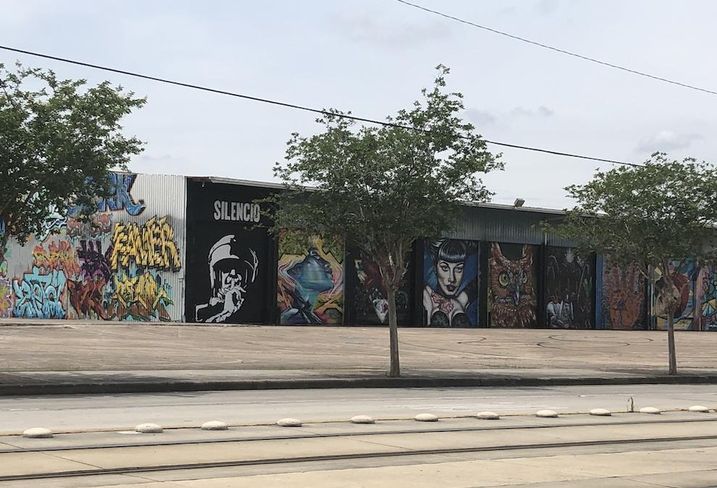 Navigation Boulevard is the cultural center of Second Ward, which is within the East End District. The emerging community features wide esplanades that provide an artistic flair among the restaurants, a weekly farmers market and cultural activities. 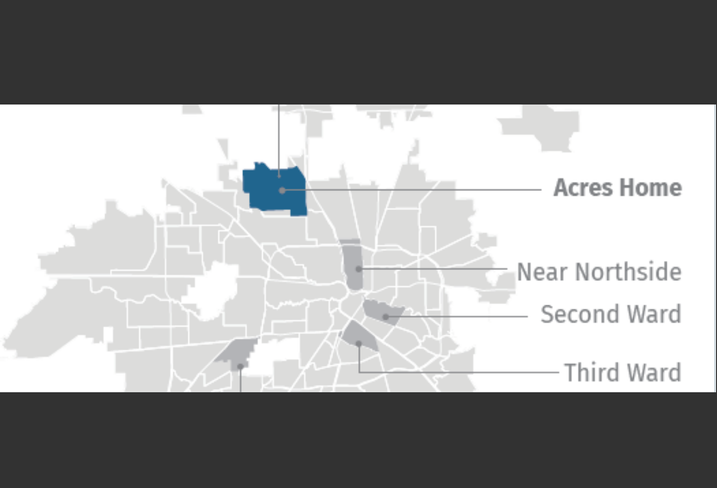 Acres Homes is an existing residential community about 10 miles north of Downtown Houston. The community has a large amount of undeveloped land, per the prospectus. A potential opportunity is repurposing the Bethune Academy into the Bethune Empowerment Center. Acres Homes also includes large parks such as Sylvester Turner Park, sponsored by the Houston Astros. 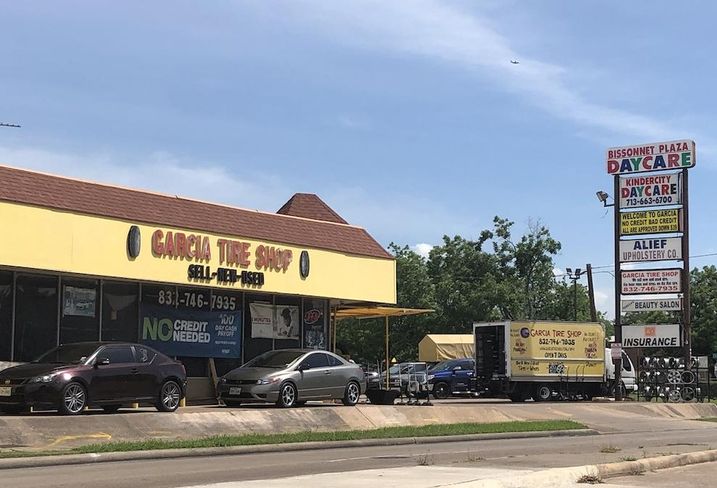 Gulfton is the most densely populated and diverse community in Houston, according to the prospectus. The southwest Houston community is between the Sharpstown and Bellaire communities along Interstate 59. Burnett Bayland Park is undergoing revitalization efforts, which include a water playground, a children's playground, a walking trail, a community garden, a basketball pavilion and a community center.

CORRECTION, MAY 7, 4:45 P.M. CT:  A previous version of this story incorrectly identified the location of Midway’s East River project, which is in Fifth Ward.