An Area In Tension: Revitalization And Gentrification In The Third Ward

After decades of neglect, Emancipation Park, the site of dozens of Juneteenth celebrations, has been beautifully reborn with all the flair of modern urban design. Along with its completion, the city hung new signs. Some, officially replacing Dowling Street (named after a Confederate general) with Emancipation Street, are playing well with the community. Others, declaring the stretch an economic corridor, are concerning to residents.

As shadows of encroaching townhomes loom over the park, residents worry if the historic Third Ward community will be able to survive changes that could come with the $34M park.

This month, the city laid out its plan to protect Third Ward residents from gentrification. 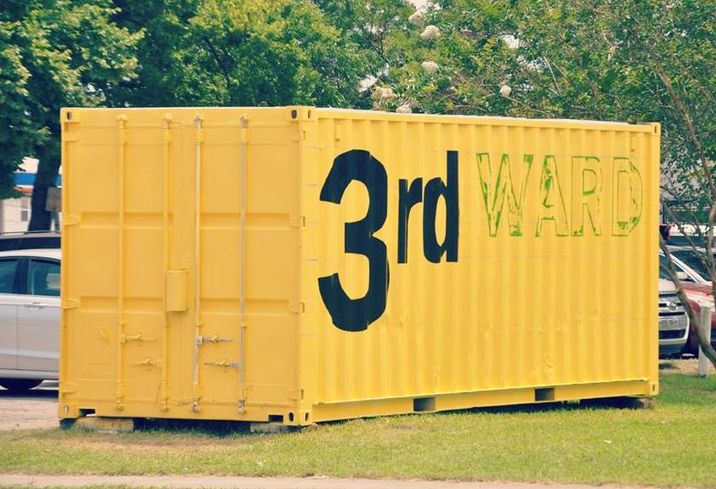 “The people of Third Ward deserve a park with all of the amenities, that is second to no other park in the city. African-Americans deserve that,” Mayor Sylvester Turner said.

Not all Third Ward residents share the mayor's enthusiasm.

“This park is nice. Too nice,” Third Ward resident Shawn Grimes said at the park's opening in June. Shawn pointed across the street to a neglected apartment complex. “How long you think they’ve got? Or them?” as he pointed further down the street at another low-income complex. “You can already see the people lining up to cash in on this,” as he motioned toward a line of food trucks. 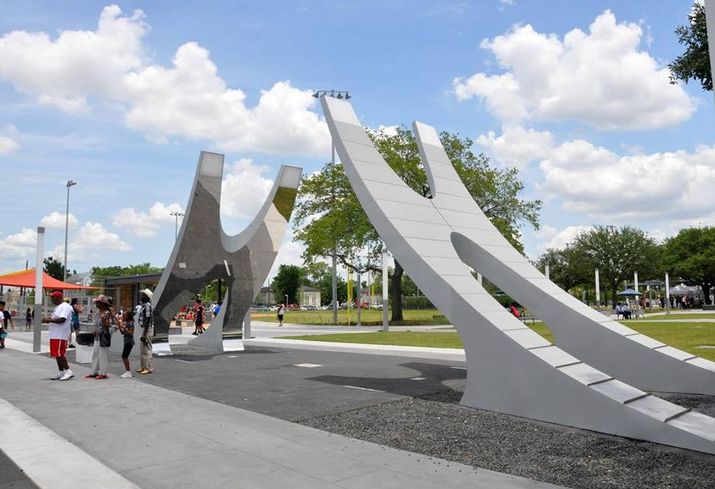 At the city's Third Ward Open House this month, city officials laid out their plan to protect Third Ward residents from rising costs. The goal is to have zero net loss of affordable housing units in 10 years by protecting at least 70 renters from eviction through financial or legal support. The city will also look to preserve and reuse at least two historic buildings.

On the economic side, the city will aim for five new locally owned businesses opening in the next 10 years, assisting them with Small Business Administration grants and loans for two locally owned businesses each year. The planning commission hopes that if the Third Ward can attain $200K in small-business loans every year, the area will see a 50% reduction in unemployment over the next 10 years.

The Third Ward action plans call for partnering with the Housing and Community Development Department to establish a community land trust used to develop affordable housing at 80% of AMI or below. The HCDD will also expand local enrollment in its home repair program and work with the Harris County Appraisal District on developing Homestead Exemption workshops. 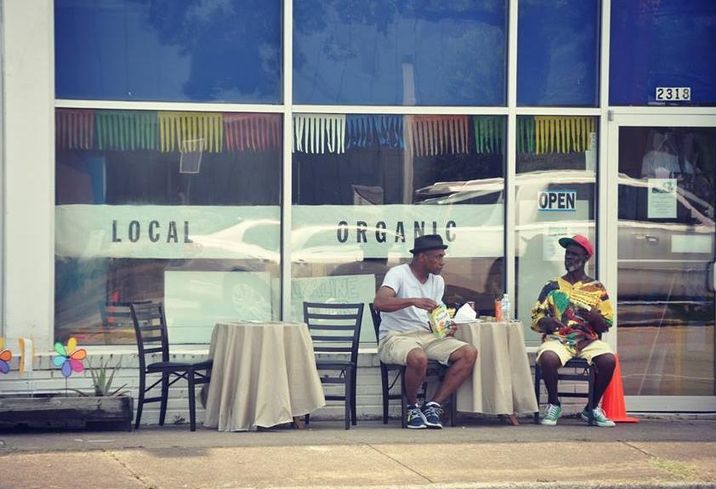 The Third Ward is in flux, teetering between historical heritage and modern revitalization. On Juneteenth at the opening of Emancipation Park last year, two elderly African-American men enjoyed an afternoon in front of NuWaters, a food co-op. The words “Organic” and “Local” hung over them like a spectre of gentrification. Next door is Crumbville, a bakery with vegan cookies. A few blocks away is Doshi House, specializing in vegetarian meals and sustainably sourced coffee.

The new businesses stand in stark contrast to the area’s past. Third Ward’s Dowling Street was once home to many prominent black businesses, including Tyler Barber College, Watchtower Insurance Co., the Dowling Theatre and the office of Eldreway Stearns — the unofficial headquarters of Houston’s arm of the civil rights movement. The Professional Amateur Boxing Association and Wolf’s Department Store and Pawn Shop are still operating, as is KCOH on Almeda, just down the street from Reggae Hut, Zayd’s Naturally Natural Hair Studio and Scrappy Brown’s. 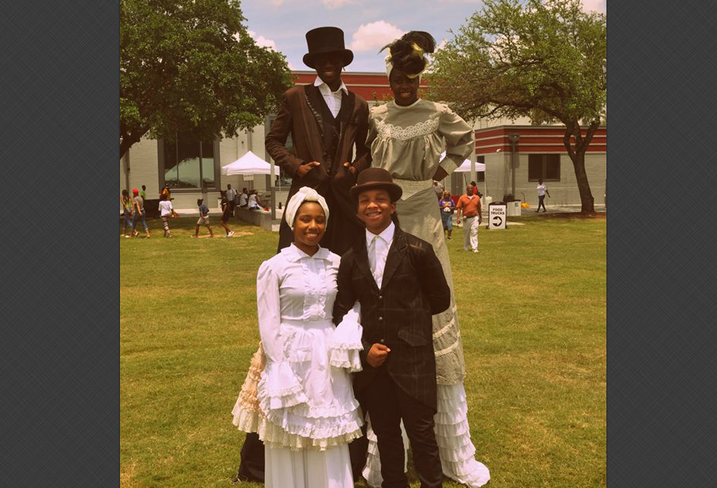 The Third Ward is a microcosm of the larger black community in Houston, Texas Southern sociologist Robert Bullard said. For decades, “The Tre” has been home to many artists, musicians, activists and educators. The area has gained global notoriety recently when Beyoncé, who grew up in the Third Ward, name-checked the neighborhood in international hits. As home to the historically black Texas Southern University, the Third Ward has been at the center of Houston’s civil rights movement.

That history is what has residents so worried. Locals do not want to see a community at the core of Houston’s African-American culture pushed out by rising rents and creeping property taxes.

Womack Development & Investment Realtors President and CEO Gerald Womack said he has seen an influx of wealthier suburbanites moving back within the 610 Loop due to the heavy traffic and higher gasoline prices, pushing out members of the community who grew up in the area. 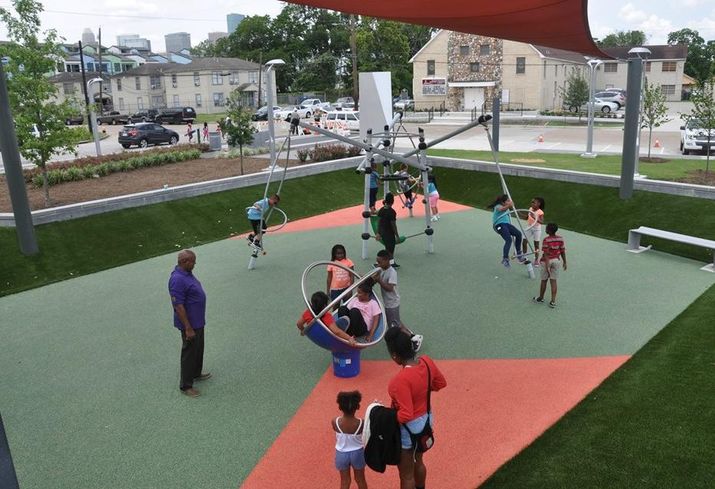 Womack said that roughly three years ago, pressure began to mount on Third Ward residents to sell their homes. Residents began placing signs in their yard saying, “My home is not for sale.” Developers took note of the increased demand and began building exclusive loft and condominium complexes that the average Third Ward resident cannot afford.

“Residents are being displaced because eventually, property values go up, property taxes increase, and this puts pressure on low- and moderate-income residents,” Sankofa Research Institute founding director Assata Richards said. “The number of demolitions of existing structures, you don’t see that same level of development for affordable housing.” 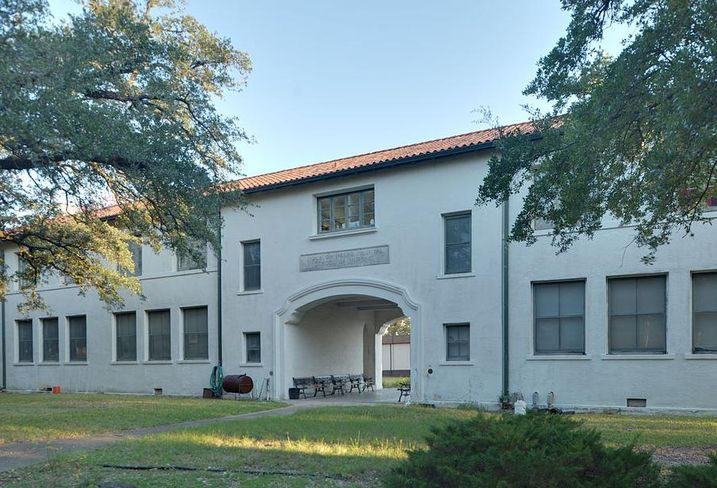 Richards points to area lots that once housed traditional single-family or shotgun homes, now standing vacant or containing townhomes priced well out of the range of current Third Ward residents who have a median income of under $20K/year.

Houston has a history of paving over historically black communities. Third Ward locals fear that what happened in Houston's historic Fourth Ward, known as Freedman's Town, is already happening in the Third Ward. Residents hope new projects will be respectful of the Third Ward's culture and history and build on them rather than replace them.

"You want a good mix," Richards told Defender Network. "And you want new neighbors to be very aware of the rich history that they're stepping into, so that they become a part of a community that has deep, deep roots."