The Woodlands Wants OXY To Move Headquarters From Greenway Plaza 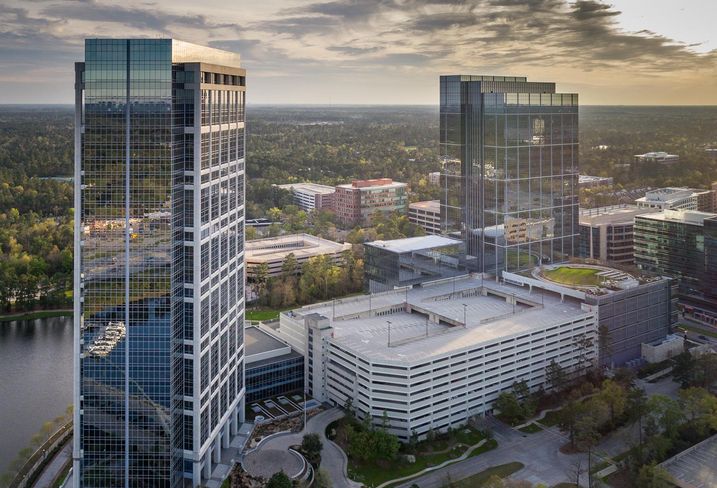 That hasn’t stopped the real estate community from chiming in on the future of Anadarko’s twin towers in The Woodlands.

The Woodlands Area Economic Development Partnership has one solution: Move the headquarters to The Woodlands.

"This is where we want them to be," CEO Gil Staley said during Bisnow's Future of Montgomery County event in The Woodlands. "I am selfish. We want the headquarters."

However, this is no simple task.

Staley said OXY CEO Vicki Hollub, who lives in Galveston, said she had not considered relocating the company to The Woodlands from Houston's Greenway Plaza, where its headquarters has been since it relocated from Los Angeles five years ago.

A few weeks ago, Staley, along with a host of community and business leaders, met with Hollub to present a unified message about the importance of OXY to the region.

Among the first major corporations to locate in The Woodlands, Anadarko opened its first 30-story building in 2002 and the 31-story tower in 2014. The move spurred economic development with additional corporate office campuses and healthcare expansion nearby.

Anadarko is the largest private employer in Montgomery County, totaling about 3,700 employees including part-time and contract workers. The departure of the oil and gas company could result in lower sales tax revenue, homes sales and traffic counts for the area, Staley said.

OXY is offering a voluntary severance package to its employees. Once it is complete, the company will have a clearer picture of the number of total employees and where they will work.

"We don't make any assumptions on anything, especially when you have an acquisition like that," Staley said. "We all know that it will have an impact on this community." 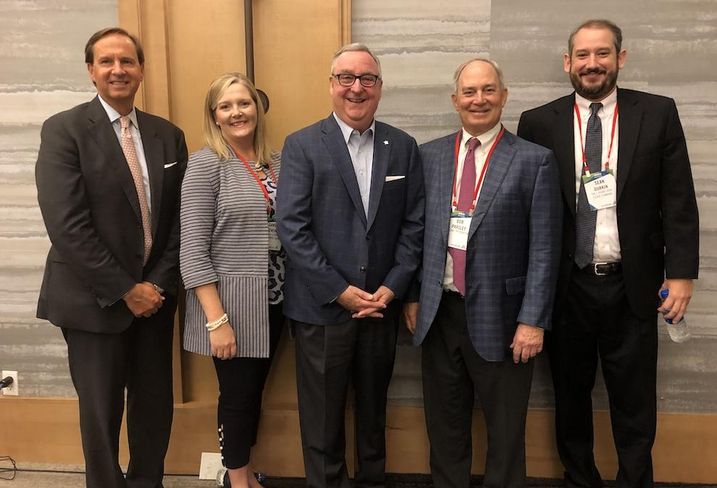 OXY has a lot of real estate decisions to make.

The firm plans to sell the ConocoPhillips headquarters in the Energy Corridor, which it purchased a few months prior to the Anadarko acquisition, according to the Houston Chronicle. The original plan was to move to the vacant campus but OXY canceled that plan because the campus was not big enough for the combined company.

The 62-acre site went to market earlier this month, per the Chronicle. CBRE is expected to accept bids for about six weeks and target mixed-use developers, schools and universities.

For now, OXY plans to maintain its existing office presence in Greenway Plaza and The Woodlands. The firm could lease or sell The Woodlands towers in the future, but locals are optimistic it will stick around.

“One thing we have found in The Woodlands market, when people get here and are living here, they don’t really like leaving,” Colliers International co-Chairman and principal Bob Parsley said.